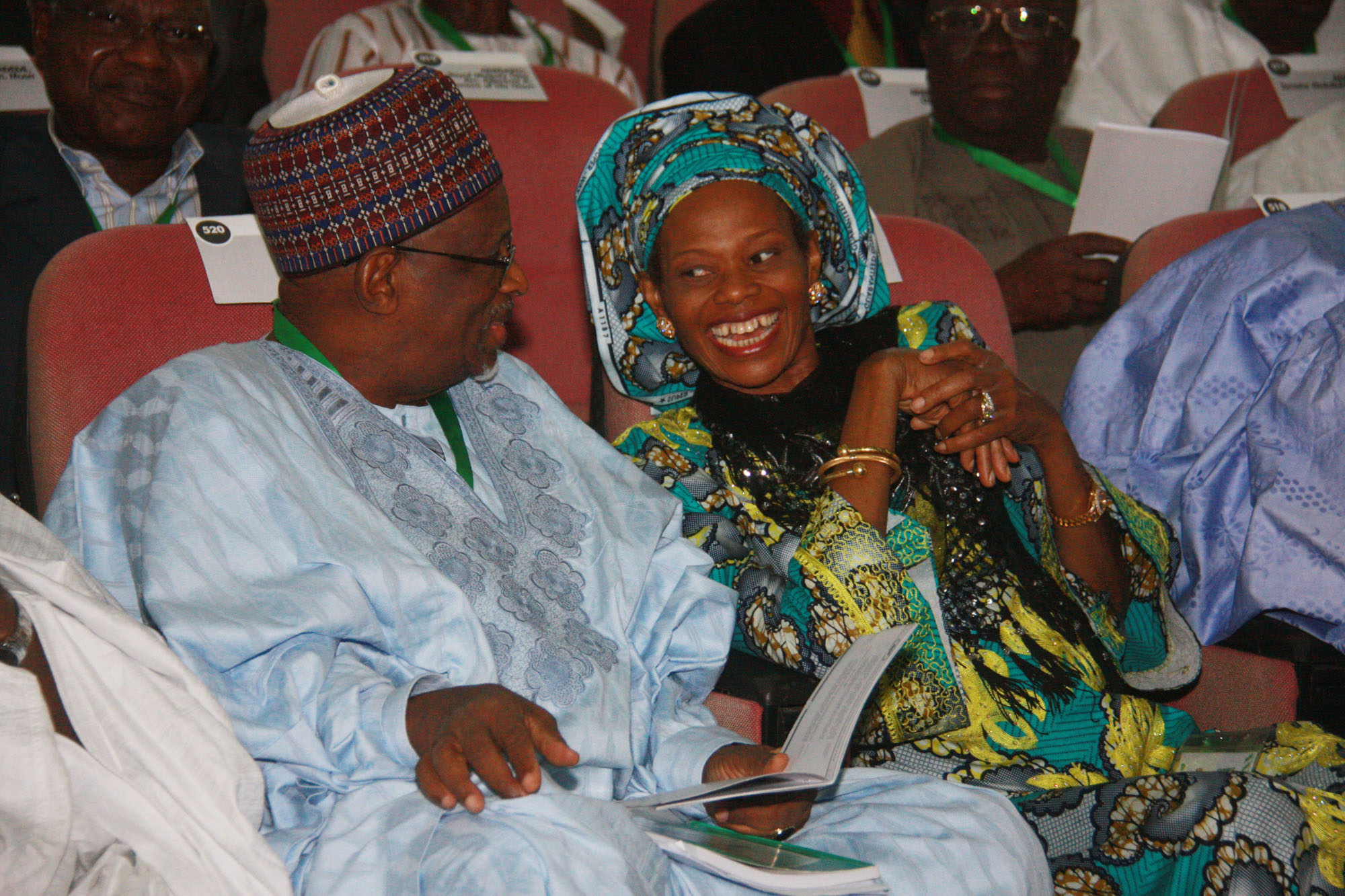 A delegate from Ekiti State, Kunle Olajide caused a stir during the plenary session of the National Conference on Monday when he demanded that all the delegates should henceforth be provided with a bottle of water to avoid recording casualties during conference sessions.

Mr. Olajide, a nominee of the Federal Government in the elder statesmen category, warned the Secretariat of the conference that the elderly ones among the delegate might not withstand the long hours of the conference’s sitting and would need water to be in form.

He made the demand when the conference was debating its rules and procedures.

A number of the delegates to the conference are in their 70s and 80s.

Among them are the Second Republic Minister of Justice, Richard Akinjide; a former Federal Commissioner for Information, Edwin Clark; a former Secretary to the Government of the Federation, Olu Falae; a former Foreign Affairs minister, Ike Nwachukwu; a former military governor of the old Rivers State and now traditional ruler, Alfred Diette-Spiff; First Republic politician, Ayo Adebanjo; and a former Petroleum Affairs Minister, Jubril Aminu.
“We need a table with bottled water because we have old people here and there may be need for emergency,’ Mr. Olajide said.

There was however no response from the secretariat to the demand, which he made while the conference was debating its draft Rules and Procedures.

A few minutes later, a former governor of Ogun State, Olusegun Osoba called for the adjustment of the conference’s period of sitting to enable delegates work efficiently and also for the journalists covering it file their reports.
He called for the time of the plenary sessions to be fixed between 10 and 3pm so that members could have time to discuss, lobby and negotiate among themselves.

He contended that it the lunch hour between 2p and 4pm was left intact in the Rules, many members might be tired to continue with debate upon resumption.

In apparent response to the remarks, a Civil Society delegate, Musa Rasfanjani asked the elderly members to resign if they could not endure the rigours of the conference and leave the young ones to continue with its proceedings.
He accused them of creating some of the country’s problem, which the conference was now trying to address, insisting that it was not something to toy with.

“If these (old) people are not able to continue, they should honourably resign and allow the young blood to continue,” Mr. Rasfanjani, who is in his 40s, said.

Meanwhile, an unidentified delegate was rushed out of the hall by security men to receive medical attention during the plenary session on Tuesday.