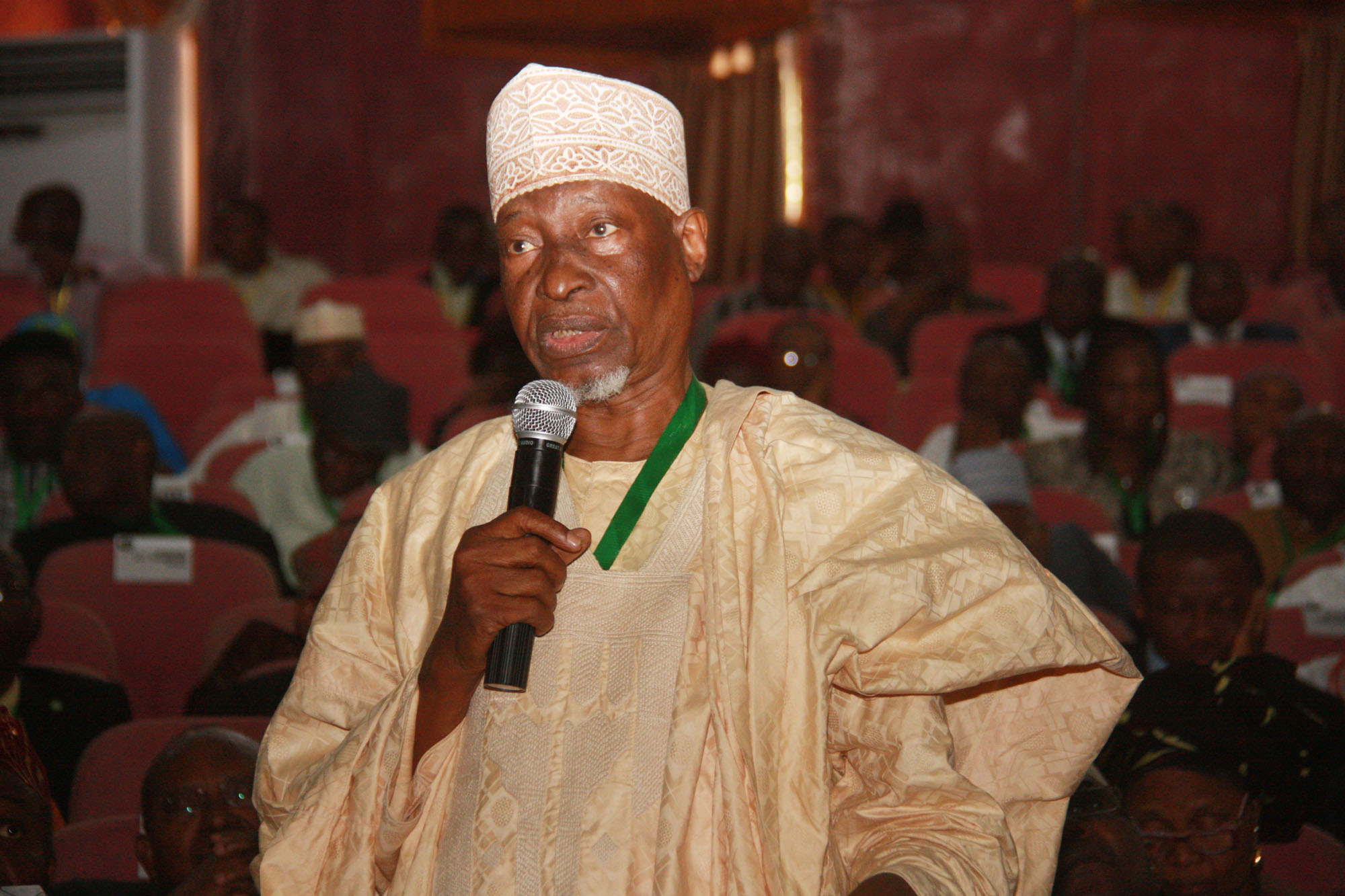 Security operative smashed the camera of a photo-journalist taking the photograph of the ailing delegate.

A National Conference delegate, Abubakar Abdulmumuni, on Tuesday slumped and was rushed to an undisclosed hospital in Abuja for medical attention.

Mr. Abdulmumuni slumped after the plenary session of the Conference a few minutes after 6 p.m. while emerging from the auditorium where it was holding.

It could not be immediately ascertained which of the groups the delegate represents at the Confab, which is holding at the National Judicial Institute, Airport Road, Abuja.

This brings to two the number of delegates who have suffered that fate in the last one week.

Last week, a delegate of the Market Women Associations, Ifeyinwa Ezenwa, slumped shortly after the Conference resumed for the afternoon session.

Mrs. Ezenwa was trying to gain entrance into the auditorium when she slumped and was immediately assisted by some security operatives.

Mamman Misau, a delegate representing Association of Retired Police Officers of Nigeria, ARPON, died during the first week of the Conference.

Immediately he collapsed on Tuesday, Mr. Abdulmumuni was assisted by security agents, including operatives of the Department of State Security, DSS, and the National Security and Civil Defence Corps, NSCDC, who alongside a doctor rushed him to an ambulance.