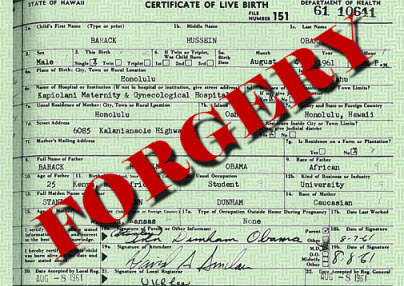 Umaru Hadejia is a delegate representing Jigawa State at the National Conference.

He says in this interview that some delegates had preconceived motives and all the forged documents tabled at the conference were detected and thrown out, adding that the final report of the conference will be beneficial to the North. Excerpts:

How would you describe the National Conference?

It was good, concise and an amicable political gathering which examined critical issues. When you get this kind of conglomeration of Nigerians, you tend to have certain people misbehaving and mistrust as well as the lack of understanding of what you were actually expected to do. But, by and large the delegates were extremely helpful in coming out with a lot of advice because we are advisers. We cannot say certain things must be done. I am happy it came out clean, but on the other hand some delegates came with preconceived ideas. They assumed they had the majority while others were not organized, so they started showing their plans, but we stamped our feet and said ‘no,’ this is not what we are here to do, we have to abide by the rules. Many of those who came with pre-conceived ideas do not understand how these kinds of conferences are conducted and run. So, at the beginning, there were ups and downs, shouting, quarrelling and all that but when the managers of the conference realized what it was, they said look, this is not what we are here to do. They requested to hold a meeting with reasonable people to chart a way forward thereafter; we started well.

Some northerners were sceptical about the quality of delegates representing them at the conference, how would you explain the mood now?
It was true that majority of our people were doubtful about the seriousness of some delegates at the conference. It was also true that the north was skewed in terms of representation in spite of having higher population; the selection of delegates was done with a conceived idea for certain political reasons. We made presentations to our leaders and the government and nothing was done. We met the leaders of the conference and when there was nothing forthcoming to improve the situation, we took our northern destiny into our own hands and we decided that we shall not stage a walk-out. Many of us knew how to run these kinds of conferences and those who don’t know were educated and we came all along. The most important thing, I must emphasize, is the unity of the people of northern Nigeria at the conference during which there was nothing in terms of differences of opinion between the Middle Belt, the far north, Muslims and Christians or upheavals between ethnic nationalities.

Something fishy actually started at the beginning, but we realized that we were friends, we were related and many of us have gone to the same schools, so we resolved that we must work together for our communities. People need help now especially on insecurity in the region to a point that people are being killed daily. There are poverty stricken areas thus, squabbling among ourselves won’t help us and on that basis we became united and strong. And I must commend the leaders of Middle Belt who supported us and assisted in coming out with resolutions in favour of northern Nigeria. Delegates from northern Nigeria were sceptical at the beginning that we can’t perform because our number was small while some suspected others might sell out. That was the despondency in northern Nigeria and people immediately became confident of the delegates when they saw our dynamism and begun to encourage us through the radio, the newspapers as well as the social media. This was very encouraging and I wish to thank the northerners for supporting us from the beginning to the end. They built our morale and became stronger.

Are you saying that northerners are happy with their delegates at the conference?
From the information we got through telephone calls and text messages as well as the mass media, I would say yes. If the people are not happy, they will certainly voice out their concern.

Should Nigerians expect positive report at the end of the conference?
Well, I must say that I am really disappointed with certain people from the southern part of the country in the beginning. They didn’t come to the conference to help the country. They came with personal, sectional and tribal interests. They tried to mess the conference up, unfortunately they were not successful. Also the situation we found ourselves was not conducive, not realistic, not welcome, hostile and unbearable and some people were really irresponsible, but we stood by our strength of minds because we didn’t go to that conference with any agenda for northern Nigeria. We went with open minds so that we can help this country and that helped us. I think people from northern Nigeria believe that there was success for the support we got from them. People are happy going by the information I got. There was a hiccup on the process when one of the northern governors said in the media that we were not doing what we are expected to do. I think it was a mistake because he didn’t realize the difficulties we were facing and the efforts we made. But after his remarks, an issue concerning his state came that required his participation in the conference and he was wonderful.

You earlier said some people came to the conference with preconceived ideas. How would you react if the final report is altered?
I believe we made a lot of gains at the conference. All the committees at the conference did well; in the social sector for example, comprising of the committees for the development of the country, the share of northern Nigeria was extremely fair. Let me give an example on the committee on agriculture and water resources which I chair; we recommend that the actual agricultural development including extension workers, should be reverted back to the states to manage like it was in the defunct northern region. We recommend that certain areas of particular interests must be used to develop certain areas in agriculture. For example cocoa is produced in western Nigeria and we should emphasize cocoa there, palm oil in the east and cotton, ground nut and hides and skin in the north. We recommend for the training of agricultural personnel in these areas and the plenary accepted.

We recommend that 30 per cent of the Natural Resources Development Fund be used annually to develop agriculture and 20 per cent to develop water resources vis-a-vis irrigation. We also emphasized that the bulk of farming be reverted from the six to three months seasonal farming to 12 months farming season and improved irrigation. We gave draft on the revival of Lake Chad and it was approved. The committee recommended ways of improving livestock production and pastoralism.

On education, the committee on devolution of power recommends that 10 per cent of revenue of the federal government be used for the development of education. Another 10 per cent should be added to the revenues of state and local governments. The conference made these recommendations because without the social sector, the economy can’t develop. It was also recommended that unemployed youths be trained on agriculture. All these recommendations will help northern Nigeria.

So, I don’t think someone can change the report of the conference but mistakes can occur, and if they do, we shall make corrections. That’s why we are returning on August 4 because the report will be issued in one document.

The major achievement of the 500 delegates is that the mutual suspicion that existed among them before was cleared and more friends were made. Of course, some people came with agenda and even claimed to be representing the president and recommended six-year term for him and other elected representatives. They cautiously contacted few of us on how they can inject that agenda but when they saw that people were not interested in that, they couldn’t go further. Some came to create confusion and disrupt the conference while others came with an illegal draft constitution to be debated upon. The draft was eventually rejected. The person who brought the illegal constitution also came with an illegal document during the debate on revenue allocation with forged signatures calling for increase in the derivation formula. He forced the document on the leaders of the conference and that delayed proceedings. Northern delegates insisted that voting should take place since there was no consensus but the presiding officers refused. They later invited the committee chairmen and their deputies to a meeting with 50 wise men and at the meeting we proved that the document was forged and the presiding officers had to reject it. It was suggested that since there was an existing 13 per cent derivation formula and some are suggesting 18 per cent, then voting should take place. They refused and it was finally suggested that since the matter was too technical, it should be taken to the President who should appoint a technical committee to handle it.