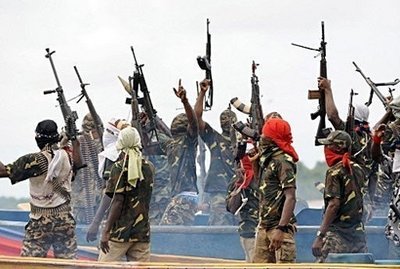 “The Niger Delta people are still willing, ready and capable of bringing the Nigeria economy to its knees.”

The Ijaw Youth Council, IYC, has condemned the decision of the National Conference Committee on Devolution of Power on derivation for oil producing states. The group also threatened to cripple oil production if its demands were not met.

According to a statement issued by Eric Omare, IYC’s spokesman, the decision of the committee to retain the current 13 per cent derivation fell short of the expectation of the Niger Delta region.

The committee had arrived at the decision after days of disagreements among its 26 members along ethnic lines; with northern leaders seeking a reduction in the derivation percentage and southern delegates an increase. The compromise was to maintain the statusquo of 13 per cent.

The IYC threatened to cripple oil production activities and the national economy if the aspiration of the Niger Delta region for at least 50 per cent derivation was not achieved at the conference.

Niger Delta militants had in the last decade crippled Nigeria’s oil production to as low as 1 million barrels a day through an armed struggle. The matter was only resolved when late President Umaru Yar’Adua commenced the Amnesty Program that has seen many of the militants leave the creeks, abandon their arms, and accept the government’s amnesty offer. Nigeria now produces about 2.3 million barrels a day.

In its statement, the Ijaw Youth Council threatened that “the Niger Delta people are still willing, ready and capable of bringing the Nigeria economy to its knees.”

It also vowed to ostracize delegates who work against the interest of the Niger Delta region.

Read the group’s statement below:

The Ijaw Youth Council (IYC), Worldwide rejects in its entirety the decision of the National Conference Sub-Committee on devolution of power and resource control to maintain the current status quo of 13% as derivation for oil producing states and thereby rejecting the demand for resource control.

This decision is retrogressive, anti-federalism and totally unacceptable to the Niger Delta people.

The Committee’s decision to maintain the status quo and refusing to address the crucial issue of resource control betrays the expectation of Nigerians and Niger Deltans in particular that the National conference would right the wrongs of the past, deepen our federal system of government and put Nigeria on the path to development.

The Niger Delta people are still willing, ready and capable of bringing the Nigeria economy to its knees. The opposition of reactionary northern delegates to resource control and demand for scrapping of the NDDC, Ministry of Niger Delta Affairs and the Amnesty programme are provocative to the Niger Delta people and we may be forced to take drastic actions.

These are interventionist agencies created for specific purposes which are not only beneficial to the Niger Delta Region but the entire country as demonstrated in the astronomical increase in the nation’s revenue as a result of the Amnesty programme.

The IYC working with other ethnic nationalities and stakeholders in the Niger Delta would in the coming days review and take a position on the way forward.

The IYC has observed with dismay the unauthorised and reckless contributions of some Niger Delta delegates who have taken positions which amounts to deviation and betrayal of the Niger Delta position.

Any Niger Delta delegate who deviates from our position on resource control would be declared as a persona non gratia and would not be allowed to return to the region.