Former minister Akunyili admits she has just recovered from a serious ailment.

Bothered about the anxiety over her ill-health, a former Minister of Information and Communications, Dora Akunyili, on Tuesday declared that she is fit to participate in the National Conference.

Mrs. Akunyili, one of three nominees of the Anambra State Government, in a post on her Facebook page, denied speculation that she was suffering from an ailment that could hamper her participation.

The once bubbling and chubby former minister also explained why she now appears frail.

Some of the photo journalists covering the conference had posted her photographs on their Facebook pages asking if there was anything wrong with her.

In one of the photographs, she was sitting beside another former minister, Jubril Aminu, a delegate from Adamawa State.

In her Facebook post she titled “I am well, fit and ready for the National Conference,” Ms. Akunyili attributed the claim that she was not well to work of mischief makers.

“My Dear Friends, my attention has been drawn to a story making the rounds online claiming that I am seriously sick, currently out of the country and in need of urgent prayers,” she said.

“This story is baseless, unfounded and the handiwork of mischief makers. It should be ignored and discarded in its entirety.

“As every informed Nigerian knows, I am a delegate to the National Conference currently holding in Abuja. I was duly accredited as a delegate and I am currently in attendance at the National Judicial Institute, Abuja, venue of the conference.”

Mrs. Akunyili, a pharmacist, however admitted that she recently recovered from an ailment, which made her to lose weight, but that she had been certified fit by her doctors.

She said, “While it is true that I recently came out of a major sickness, for which I thank Almighty God for delivering me, I have since been declared fit by my doctors and returned to my normal activities.

“I shed much weight in the course of the sickness – which is normal – but I am well now and only need time to re-grow some flesh.

“There is nothing to worry about either my health or my present stature. I know that God has kept me alive for a purpose, this National Conference being part of that purpose.”

Ms. Akunyili resigned as Information and Communications Minister in early 2011 to contest the senatorial election in her home State, Anambra, on the platform of the All Progressives Grand Alliance, APGA.

She was the Director-General of the National Agency for Food and Drug Administration and Control, NAFDAC, before her appointment as minister by late President Umaru Yar’Adua.

She is one of the three nominees of the Anambra State Government. The others are Chukwuemeka Ezeife, a former governor of the state, and Alphosus Nwosu, a former Health Minister. 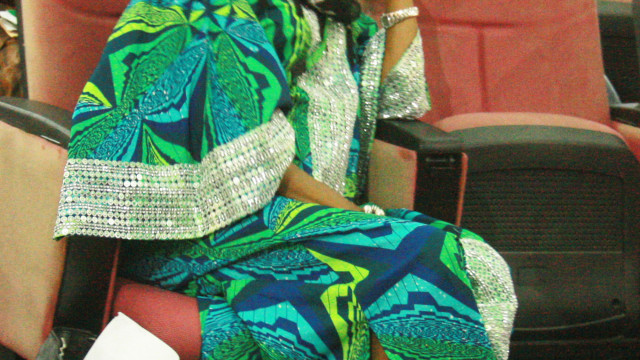