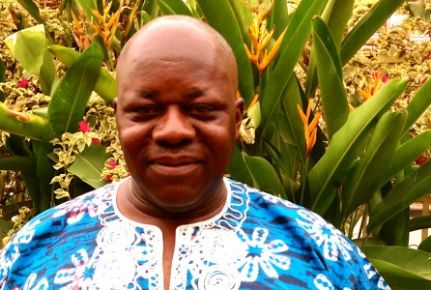 As the National Conference goes into committee work this week, one of the key issues that will be before it is that of return to regionalism similar to what we had in the First Republic.

The issue has been popularized through consistent advocacy by the Yoruba political class. It was in 1998 that they developed what they called the Yoruba Agenda, which demanded for re-structuring of the Nigerian Federation with a return to regional autonomy and local police and a return to the parliamentary system of government, creation of state/municipal police, and local government autonomy.

The Yoruba Agenda demands for a re-structuring of the Nigerian Federation into one based on strong regional autonomy or an outright dissolution of the Federation. In preparation for the National Conference, a number of meetings were called to revalidate this position and develop strategies on how to promote it. In one of the meetings, Wale Oshun, Chairman of the Afenifere Renewal Group, affirmed that the: “Yoruba’s demand at the national conference is mainly regional autonomy by re-structuring Nigeria and we will not mind being pushed out of the union if a true federalism is impossible,” He warned that – “All the Yoruba delegates should know and be fully aware that whichever platform that throws them up, the consequences of betraying the Yoruba course is very dire.”

It is difficult to see how Nigeria can return to the regional politics of yester-years. Indeed, Nigeria was lucky to have survived the dangerous path the politics of regionalism placed the country on and we cannot return to it, at least not along the lines of the 1963 Constitution. The main couple of Nigerian politics has been identity mobilisation and perceptions of political domination. Identity mobilisation has been at the levels of ethnic, regional, religious and communal consciousness. These forms of consciousness are in themselves not a dangerous feature in plural states. They become problematic when they become, or are perceived as objects around which discriminatory practices and unjustified use of violence are organised. Ethno-regional conflicts brought Nigeria to its knees in the 1964-1970 periods and led to a civil war in which over one million people lost their lives.

Regionalism poisoned the political life of the First Republic because it was closed linked to fears of domination in the public imagination. Two broad issues are posed when ethno-regional domination emerges as a political issue. The first issue is the control of political power and its instruments such as the armed forces and the judiciary. The second is the control of economic power and resources. Both are powerful instruments that are used to influence the authoritative allocation of resources to groups and individuals. When democratic transition and its manipulation enter the agenda, the question of numbers becomes part of the game. Political forces seek to assemble the largest coalitions that could assure them access to power, and apart from ideology and interest articulation, primordial issues such as ethnicity, regionalism and religion become major instruments for political mobilisation.

To save Nigeria from the death grip of the politics of regionalism, we created 36 relatively weak states (and the federal capital territory) out the four regions of the First Republic. Let’s remind ourselves why we did so. In the Northern Region, the Northern Peoples Congress (NPC) inherited power from the British at independence, as the ruling party both in the Northern Region and at the Federal level. In the 1959 federal elections the party had enough seats to form the central government. The party did not contest in a single constituency outside the North because it could rule the country on the basis of Northern seats alone. It however formed the government at the federal level in alliance with the National Council of Nigeria and the Cameroon (NCNC).

One of the major political problems of the First Republic was widespread political victimisation and repression within the regions in dealing with the opposition and rivals. Within each region, all political formations that did not follow the line were castigated as enemies, and the three, later four regional governments practiced tyrannical rule in which all local opposition was smashed. Obafemi Awolowo set the trend after the 1951 Western Regional Election in which the NCNC had won more seats than his AG. Ethnic pressure was put on representatives of the NCNC to decamp to the AG, redefined as the Yoruba party. Similar pressure was also applied to those expressing micro-tendencies with the Yoruba such as Ibadan Parapo and Ondo parties to join the Yoruba group. Regionalism was henceforth equated as obedience to one party, a tendency that has seriously weakened democratic culture in Nigeria.

In 1963, the NPC controlled Federal Government created a Mid-Western Region out of the Western Region. Of course, there was popular agitation for this region by the non-Yoruba minority groups in the zone. However, it was obvious that the Federal Government had ulterior motives and calculations, because equally popular demands for new regions by minorities in the Northern and Eastern regions were not tolerated. What this action did in the West however was to strengthen Awolowo’s commitment to an Oduduwa Republic which has been revived today by calls for the Yoruba in Kwara state to be returned to the homeland as articulated in the Yoruba Agenda.

The Yoruba Agenda continues to reflect the politics of regionalism played during the First Republic The official opposition in the Federal Parliament -the Action Group (AG) – had Obafemi Awolowo as its leader. The AG controlled the Western Regional Government, was led by Ladoke Akintola as the premier. In 1962 the AG experienced an internal crisis and split. The region was gripped in what appeared as a bitter political rivalry (between a faction led by the party leader Awolowo and another faction led by Akintola) that exploded and got the west engulfed in violent conflict. In the process the Federal authorities declared a state of emergency and arrested Awolowo and some of his key lieutenants. They were charged with treasonable felony, on the allegation planning to violently overthrow the Federal government. A guilty verdict was passed at the end of the trials. Awolowo and some of the other accused were imprisoned.

The NPC led federal government was happy to stoke the conflicts in the West, partly to form an alternative power bloc amenable to it in the region. Akintola eventually formed his own party, the Nigerian National Democratic Party (NNDC) close allied with the NPC and its leaders. The NPC, NNDC and the Mid-West Democratic Front (MDF) entered into an alliance called the Nigerian National Alliance (NNA) in 1964. The elections triggered the political crisis that led to the civil war.

The history of First Republic was sufficiently strong to have kept the idea of regionalism alive within the Yoruba political consciousness. The same was not true for the other regions. In the North, the power of the NPC was sustained through massive repression of the internal opposition. Within the Hausa/Fulani political space, the opposition was led by NEPU, in the North East; it was led by the Borno Youth Movement. In the Middle belt, the opposition was expressed through the UMBC. Indeed a major revolt broke out in Tivland (the nerve centre of the UMBC), against the NPC led government. The Tiv uprising was anchored on a popular perception of political exclusion, marginalisation, ethno-religious chauvinism, discriminatory practices and repression by the NPC. The fact of the matter was that there was no regionalism in Northern Nigeria. What existed was NPC hegemony and repression of the others through the use of state power.

The same was true of the Eastern Region where the interstice between the Igbo and the Niger Delta was very strong. Regionalism therefore cannot return in the same format as existed during the First Republic. What some are suggesting therefore is the re-invention of regionalism on the basis of the six geopolitical zones identified by colonial anthropologists working for the Crown in the early colonial period. While these cultural zones have existed in our political parlance for a century, there has been no administrative tradition to support it. The problem is that you cannot have both states and regions co-existing for the simple reason of the huge cost implications. I would like to see the politician who will accept the powers of their state governments be ceded to a regional or zonal government. Let the debate continue.