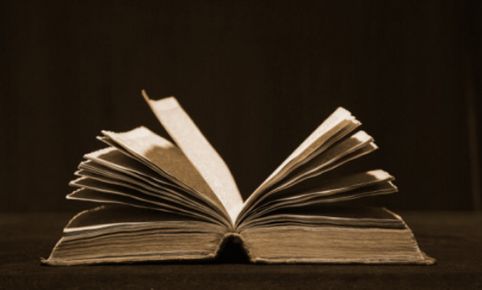 INTRODUCTION:
National Youth Service Corps (NYC) was established by the military government of Gen. Yakubu Gowon after the civil war. The overall objectives, then, were to foster unity among the young Nigerian graduates who are potential leaders. The scheme was to afford these young graduates see, understand, appreciate and accommodate other Nigerians with different cultural background and values. Hence, help Nigerians overcome the challenge of co-existing or integrating her diverse cultural heritage. The scheme made it mandatory for young Nigerian graduates who are below the age of 30years to embark on a year national youth service. These corps members are posted to any part of the country without being given a chance of making a choice, and mainly, very far from their state of origin or place of study.

STATEMENT OF FACT:
National Youth Service Corps (NYSC) scheme has been on for several decades now. The duration of years the scheme has been on is sufficient to determine the success or failure; the desirability or otherwise. There is no gain-saying that whatever success the NYSC scheme seems to have recorded in the past has been eroded away. This therefore call to question, the desirability/relevance of the scheme, in as much as the objective it was set up to achieve is still largely unattained while several lives of our brilliant youths have been continually sacrificed on the altar of national youth service. Hostility and insecurity have compounded the many serious problems of the NYSC. Yet, corps members are not allowed to reject their posting or choose the states they wish to do their primary assignments.

ISSUES FROM THE STATEMENT OF FACT:
• Making of the National Youth Service mandatory for young graduates
• Discrimination against graduates who do not participate in NYSC in recruitment into government establishments.
• Refusing eligible young graduates to make choice in respect of the state they want to serve.
• Hostility and insecurity of the corps members in the state and locality/place of primary assignment.

ARGUMENT IN SUPPORT OF ISSUES FOR DETERMINATION
• Voluntary Service: The mandatory status of national youth service for all young graduates should be discontinued. It negates their right to freedom of choice. Youth service should be voluntary and not mandatory. Nigeria graduates should be allowed to determine if they want to enlist in the voluntary youth service corps. Service should be free will and not compulsion. Many of the graduates who were made to join the NYSC against their will hardly render any meaningful service or give value to the state/place of their primary assignment. Several of them abandoned their postings, some were involved in despicable acts and conducted themselves in manners that are demeaning and negates the spirit of youth service corps.

• Change of Name: The name of the scheme, National Youth Service Corps (NYSC) should be changed to Graduate Voluntary Service Corps (GVSC). ‘Voluntary’ should be indicated in the name to portray the service as free will. This will ensure that the scheme will not fall into the error of forcing Nigeria graduates to participate against their wish in the future.

• Security: The state / place of primary assignments of corps members owe them duty to protect their lives and properties against any hostility and aggression. The lives of corps must be kept safe. Corps members should no longer be left vulnerable in the distant states where their lives are no longer safe. Many corps members have been killed, maimed, kidnapped and harassed. Such reign of terror and uncertainty that surrounds the youth service scheme should end forthwith. Many parents/guardians have suffered untold hardship over the loss of their children/wards to service years. Some of them now battle with terminal diseases/ailment such as stroke over the sadness of the ill-fated service year of their children/wards. States must be tasked to ensure there is adequate security, where such cannot be guaranteed, youth service should not hold in such states.

RELIEFS/PRAYERS SOUGHT:
The prayers being sought are:
• That National Youth Service should not be made mandatory for all young graduates;
• That the name be changed from National Youth Service Corps to Graduate Voluntary Service Corps;
• That young graduates who do not participate in the service scheme should not be discriminated against in recruitment into government establishments.
• Eligible graduates should be allowed to make choice or reject their posting choice on security issues.
• States, host communities and employer of corps members should be made to make adequate provision for the security of corps members.