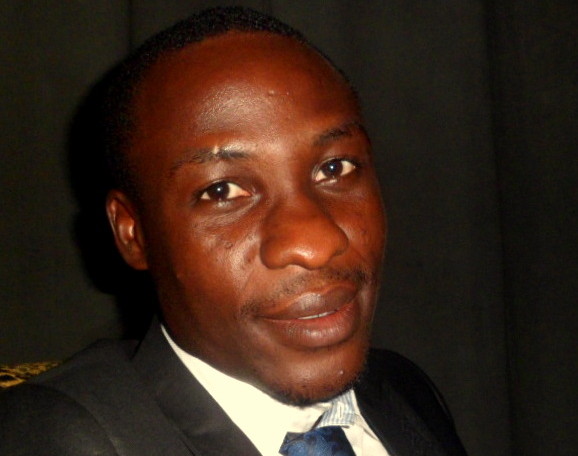 When I read how pro-Islam group, the Muslim Rights Concern (MURIC) lashed out at outspoken Lagos pastor Tunde Bakare over his comment on the floor of the National Conference last Tuesday that Chairman Idris Kutigi should refrain from starting his speeches with a short Arabic phrase seeking Allah’s guidance; I wasn’t surprised a bit.

The news actually threw me into a state of melancholy.

Such has become my reaction, albeit involuntarily, any time I read of Nigeria’s proclivity for religion and our leaders’ adeptness at using the same for public manipulation.

While I assert here that anybody is free to pray any prayer to God in any way, I would love to emphasize that rubbing our religious beliefs into the sentiments of other’s people’s piety, or even atheism, is the lowest level of piousness. Why should I be happy when I live in the midst of such people? My neighbour is sick, I am sick.

Depression tightened its stranglehold on my mind as I went through the comments section on a related story where Bakare tried to clarify his intentions. While some readers attacked the “pretending” pastor, others (their Christian opposites) abandoned the issue on ground and launched scathing counter attacks on the pastors Islamic “assailants.”

Then there was this attack on President Goodluck Jonathan for constituting a conference with 62% Christian majority. I wasn’t shocked. I just felt the atmosphere around me turned disconsolate.

That line of attack is not new. Not even on the other side of the religious line, if such ever exist. I remember how in 2006 some representatives of the Pentecostal Fellowship of Nigeria (PFN) went about churches, including the one I worship in Lagos, to drum support for former Deputy Governor of the state and Labour Party’s flag bearer in the following year’s gubernatorial poll, Femi Pedro.

From their “sacred” altars and pulpits they told us we had to vote for Pedro come 2007 because his godfather Ahmed Tinubu dropped him for Babatunde Fashola due to Pedro’s Christian, and “obviously godly,” convictions. They lied to us in effect that voting for the current Lagos governor, who is now a success story, would be tantamount to endorsing the “violent religion of Islam.” What else could be further from the truth?

A switch back to the current debacle in which this religious bigotry has now found its way into a conference purportedly engineered to give the “nation” a desirable future is the reason for my heightened despair.

I thought that was the worst I could feel till I decided to take a look at the list of delegates. Unlike most Nigerians, I found no religious dynamics because I have no bias for promoting people’s misconceptions about God. I saw something more sinister.

A close look at the delegates currently trying to discuss (not design) a desirable future for Nigeria at the ongoing National Conference made me ask: “Whose delegates?” The answer to the seemingly insignificant question stared back at me almost instantly. These emissaries represent the interest of the elites, not of the people from whom power is supposedly derived.

These elites have over the years used religion, ethnicity and economic inequality to divide the country.

I have been apprehensive about the whole show from the onset that this charade of a conference is another ingenious ploy by those who inherited the whip with which the British colonialists tormented the Niger Area, and have so tormented the “nation” for 54 years, to give the people “something to hope for” while their new colonizers continue to lord it over all they rule and survey.

To demystify the whole thing: power changed hands. It now seems that the 1960 Independence was either hijacked by these domestic colonizers or it had been the grand plan all along.

I am one of the few Nigerians, if I’m not alone, who believes that this country will never change until we decide to change it. You really need to pay attention to the words of deposed Chairman of the National Population Commission (NPC), Festus Odimegwu, to come to grasp with the true face of the real anti-Nigeria conspiracy:

Anyways, let’s forget our sorrows, enjoy the media coverage of our precious national conference and enrich the pockets of the delegates. I just have one request to make: can they just avoid gestures that emphasize our religious and ethnic differences?

Although I’m glad about the cancellation of Christian and Islamic prayers at the confab; I must admit that the essence of a national conference that will still be subjected to modifications by our pro-military, pro-elite, pro-corruption and anti-people constitution eludes me still.

Like one of the commenters on the Bakare story said, though with a sense of stealth naivety, this is all “nonsense!”