The National Conference in its final report recommended the creation of 19 additional states to bring the number of states in the country to 54.

The recommendation was made by the Committee on Political Restructuring and Forms of Government jointly headed by Ike Nwachukwu and Mohammed Kumalia.

Initially, some Northern delegates kicked against moves to create additional states apart from the one proposed for the South-East which was overwhelmingly supported. But after series of consultations by the leadership of delegations, the Conference unanimously adopted the recommendation for the creation of additional 18 new states.

PREMIUM TIMES obtained a copy of the proposed map of a new Nigeria after the states proposed by the conference are created. 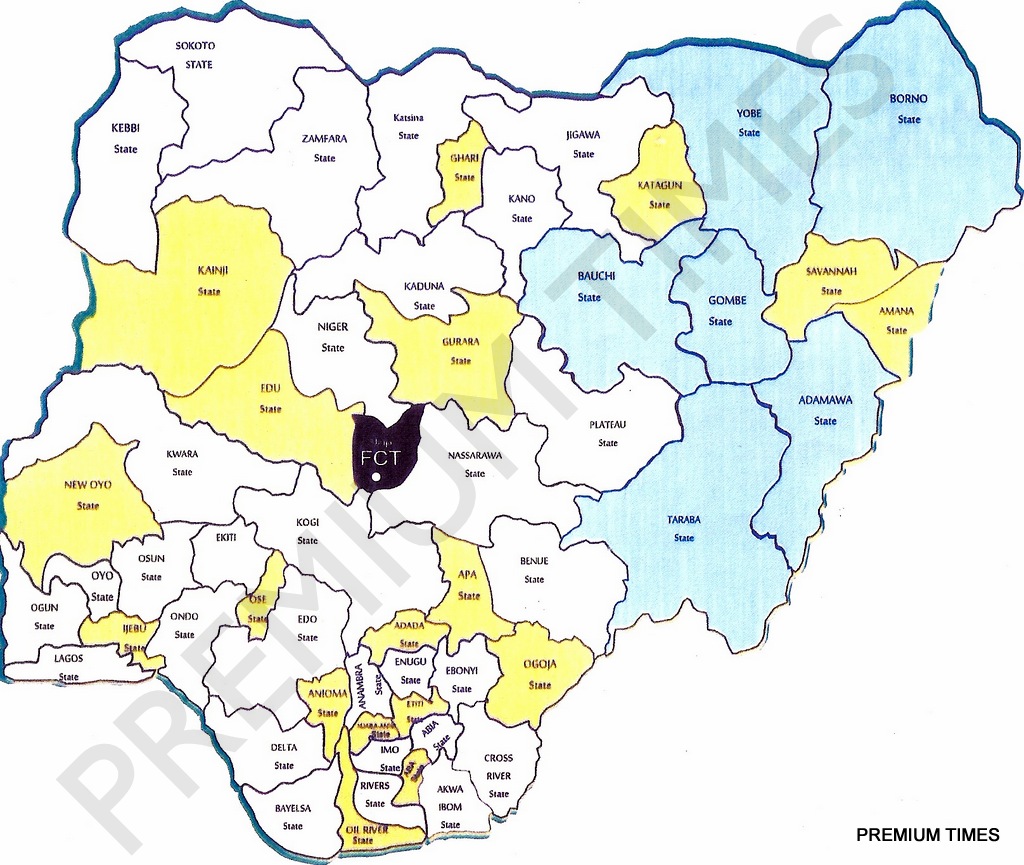