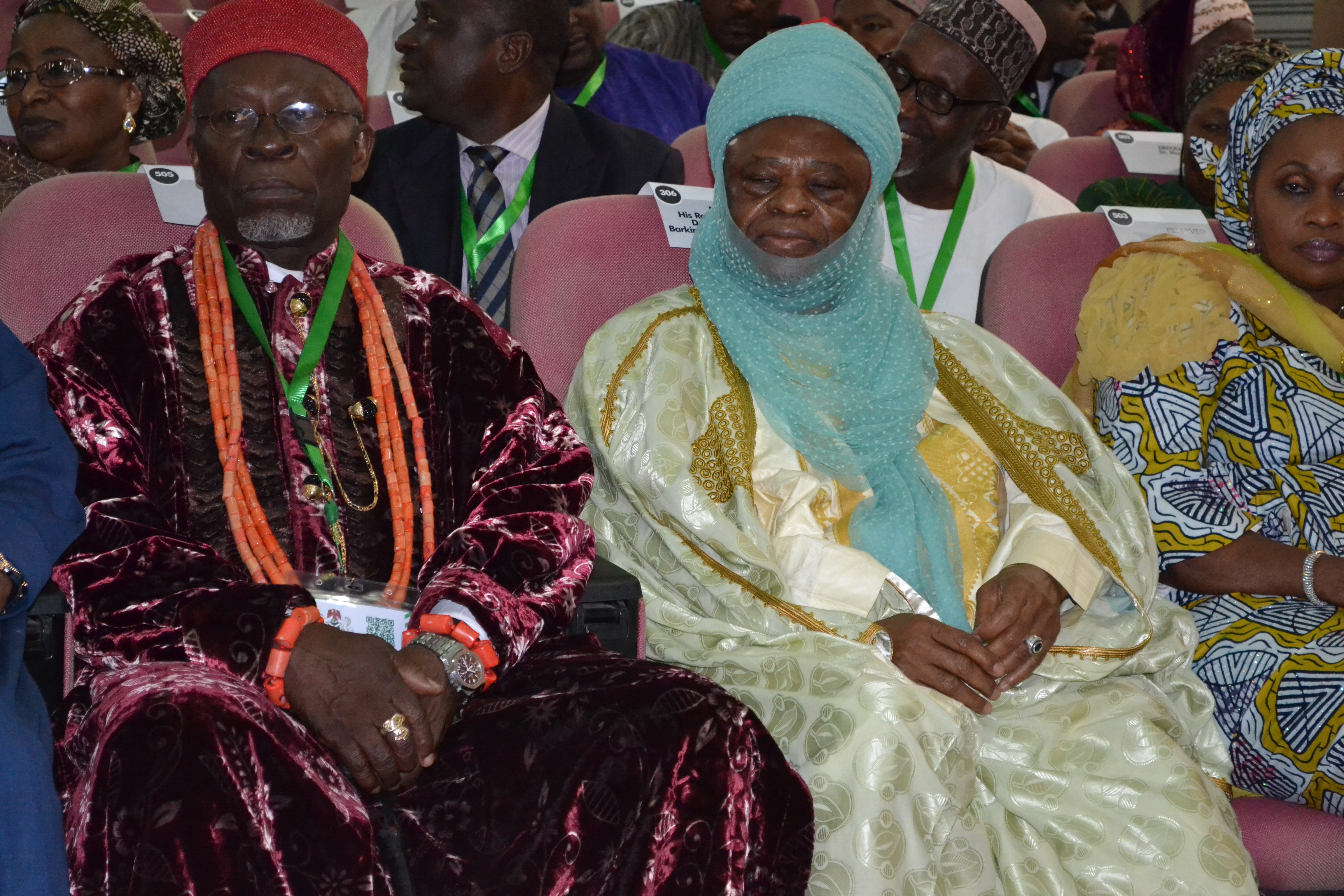 The National Conference will on Monday resume plenary sessions to consider the reports of its standing committees with the recommendations on resource control, derivation principle, immunity for presidents and governors, state creation and zoning policy likely to generate intense debate during the sessions.

Other issues likely to dominate discussions at the plenary are offshore/onshore dichotomy, state police, forms of government, tenure of office for the president and governors, revenue formula, unbundling of the Independent National Electoral Commission, INEC, and the nation’s current security challenges.

The committees had in the previous three weeks deliberated on critical issues aimed at repositioning the country.

The 492-member Confab began sitting on March 17 when it was inaugurated by President Goodluck Jonathan.

It spent about one month discussing the president’s inaugural address before dissolving into committees, which initially had two weeks to work, but were given extra two weeks after their meeting with the Conference Management comprising the Chairman, Deputy Chairman, the Secretary and the three assistant secretaries to rub minds on certain issues that facilitated their work.

A statement by the Assistant Secretary, Media and Communication, Akpandem James on Saturday said while some of the committees had already submitted signed copies of their reports with agreed-upon recommendations to the Conference Secretariat within the week for distribution to delegates, others were still busy with the collation of their final reports at the weekend.

He said the submission of the reports was in line with Order 12 (d-e) of the National Conference Procedure Rules 2014 which states that: “Each Committee shall submit to the Conference the report of its activities. The report of a Committee is the collection of all views expressed showing the consensus on decisions reached by seventy-per cent (70%) of majority of delegates present and voting.”

Mr. James said the modalities for consideration of the reports of the Committee would be made known at the resumption of plenary, and that it might include consideration of recommendations contained in each report clause-by-clause; and will on each item take a vote where there is no clear consensus.

The pattern of voting as contained in Order Eleven of the National Conference Procedure Rules 2014, he added would be adopted by the Conference Chairman, Idris Kutigi.

The Order states that: “All decisions of the Conference at Plenary and Committee stage shall be reached by consensus; or in the absence of that, the chairman shall, at his discretion adjourn proceedings to allow for further consultations.

“In the case of failure to reach a resolution on the matter by consensus, it shall be decided by a vote of seventy per cent (70%)majority of delegates present and voting.”

Mr. James explained that after the item-by-item consideration of the 20 reports, and in line with the Order 13 of the National Conference Procedure Rules 2014, a final report of the conference shall be drawn up and approved by the delegates.

The Order states that: There shall be a final report which shall be the accurate recording of all the decisions reached by the National Conference. The final report shall be signed by the Chairman, Deputy Chairman and the Secretary after approval by the Conference before presentation to the President of the Federal Republic of Nigeria.

“Should the final report lead to the drafting of issues of law and policy, the Conference shall in consultation with the six principal officers of the conference advise the government on the legal framework, legal procedures and options for integrating the decisions and outcomes of the National Conference into the Constitution and laws of the country.”

Meanwhile, there are indications that some recommendations of the committees might generate intense debate during the plenary sessions of the Conference.

The Committee on Devolution of Powers co-chaired by Victor Attah, a former governor of Akwa Ibom State and Ibrahim Coomassie, a former Inspector General of Police, recommended that item 39, which deals with the exploration of mines, mineral, including oil fields, geological surveys and natural gas be retained on the Exclusive Legislative List of the Constitution.

It however added that the states in which the minerals and gas are found should be involved in the exploration of the minerals.

The recommendation went against the proposal by the South-South delegates that the issue should be taken to the Concurrent List.

Although, Messrs. Attah and Coomassie said the retention of the derivation fund was unanimously reached, a member of the Committee, Ankio Briggs, debunked the claim and vowed to mobilize against it because it defeated the agenda of the zone.

Ms. Briggs, an indigene of Rivers State, said though she would not write a minority report, she would consult with other south-South delegates and the people back home to protest the resolution of the committee.

During the 2005 conference, the issue of derivation almost aborted the assembly as the south-South delegates insisted that they wanted 50 percent.

The delegates from the oil-rich zone withdrew from the National Political Reform Conference, NPRC, on June 14, 2005 to protest the 17 percent approved as derivation fund by the Committee of Leaders, which sat a day before.

“As we had maintained throughout the Conference, the mandate of our leaders, youth and the entire people back home on the critical issue of derivation component of resource control was to stick to the irreducible minimum of 50% in line with the 1960 Independence Constitution and the 1963 Republican Constitution,” eight leaders of the zone in the defunct confab said in a letter to the Chairman of the NPRC, Niki Tobi.

“However, having regard to the need for unity, peace, stability and our solid resolve to continue to be our brothers’ keeper, we are compelled to accept in the interim 25% derivation with gradual increase to attain the 50% over a period of five years.”

Messrs. Clark, Horsfall and Okoko are currently attending the 2014 National Conference and are reportedly said to be insistent on pursing the previous agenda.

Although, two committees, namely Politics and Governance and National Security recommended the removal of immunity clause from the constitution, debate on the issue might be similarly intense.

This is because of the belief of some of the delegates who believed that stripping of the president, vice president, governors and their deputies of immunity from criminal and civil proceedings could cause them distractions.

Despite its rejection by the Committees on Political Restructuring and Forms of Government and National Security, the issue of the establishment of state police is still on the card of the South West delegates. The delegates from the zone have reportedly not given up on regionalism or making the six geo-political zones the federating units.

The debate on the request for the creation of 31 more states which also came before the Committee Political Restructuring and Forms of Government might also be heated.

Except the northern delegates under the aegis Arewa Consultative Forum, ACF, many other delegates, are rooting for more states, particularly for the South East zone, which currently has five states as against seven in the North West and six in the remaining four.

The four year double tenure for the president and governors as provided in the constitution was retained by the Political Restructuring and Forms of Government, sources said some delegates might push for tenure elongation for the occupants of the offices. The quest for tenure elongation for late Sani Abacha and former President Olusegun Obasanjo characterized the 1994/95 and 2005 Conferences and contributed in their near abortion.