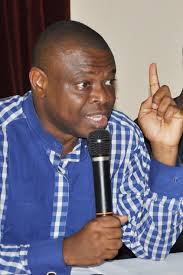 Several issues confront Nigeria and have remained quite contentious for decades.

It is important to note and stress however that different classes have had differing positions, and prioritised different sides to these contentious issues while also placing emphasis on different dimensions of the major issues.

The conferences and consultative forums, including constituent ones that have been convened to discuss modern Nigeria since the one immediately pre-dating the 1914 amalgamation of Nigeria have all turned out to be terrains of now overt, now covert, now intense, now sublime class struggle; including the 2014 conference.

Whereas the ruling elite class has always tried to present their own interests, and the issues that are in dispute within them in the context of their intra class struggles as the main issues facing the nation; those whom they have collectively exploited, suppressed and oppressed have also always sought to bring their own interests to the fore.

So for instance the ruling class presents issues around devolution of powers, restructuring, forms of government, electoral matters, trade and investment, the economy, Resource control etc. as the main challenges facing the nation.

To them, the issues that matter to the ordinary citizens, including access to basic services like education, healthcare, housing; as well as being gainfully employed, and being lifted out of poverty are retrenched to the sidelines.

Here in the 2014 conference for example, the widening and crisis provoking gap between the rich and the poor is not a priority for this treasury looting ruling class. The connection between this stupendous gap, whereby 10% of the super rich own 40% of national wealth, whereas the bottom 20% of the population only manage to own 4% of national wealth; the connection between this and the growing and deepening problem of insecurity is lost on this light fingered ruling class.

That 54% of youths in the age category of 15 to 35 years are unemployed, that is more than 42 million out of 69 million youths out of work; that this issue is more important than restructuring Nigeria is incomprehensible to this band of brigands.

That 69% of Nigerians, a whooping 112 million people live in poverty, is of less significance to this marauding pillagers than is their cherished fiscal federalism.

For them it is okay for the nation to have 18 million housing deficits, meaning 90 million citizens homeless or living in inhuman and inhabitable accommodation; just as long as they can have resource control.

Well let me be clear, there is a lot wrong with governance in this country; there is an urgent necessity to devolve power, to restructure, to reform the forms of government; nevertheless if wealth is not equitably redistributed; if a political economy that guarantees equity and access to opportunities by all is not the basis of the polity; then to merely devolve power, restructure etc will simply amount to devolving poverty, and restructuring homelessness and joblessness.

Nevertheless I do have views on restructuring and devolution; as well as other contentious issues, because it is a fact that there are ways in which these issues can be resolved that will be more beneficial to ordinary citizens and the subordinate classes than they will be to the thieving ruling class.

First is the issue of citizenship. No Nigerian should be less of a citizen of Nigeria anywhere in the world, much less in Nigeria on account of a so-called place of origin. There should be only one single citizenship for all Nigerians; the only requirement for representation should be residency – continuous residency over an agreed period of time in order to be able to validly present oneself to represent a constituency.

Second, there is the issue of the nature of a federation and the tiers of government. The most significant relationship with respect to forms of government and exercise of powers that should concern a federal constitution is that between the Federal center and the federating units.

But even more significantly with respect to the structure, is the urgent necessity to institute democratic, formal, and constitutional governance and governments at community levels. Every community should have its own democratic government, recognized constitutionally, and with prescribed powers including resource mobilization and generation powers.

Now the vexed issue of fiscal federalism and resource control. It is important to note that except independence is the contemplated outcome, resource control, can equate 100% retention of proceeds of one’s resources. Resource control can only mean the recognition of resource ownership, and the voluntary giving up of substantial parts of that resource for the greater common good, at least within the context of a federation.

If this is therefore the case, then resource control understood as such dovetails into fiscal federalism. My proposition is a devolved and restructured federation in which the duties of the federal center are limited to defense, immigration, international relations and trade, customs, and the setting and enforcement of minimum standards among others.

In this scenario therefore a revenue allocation formula of 50:30;20 for instance will be appropriate. Here the federating units retain 50% of accrued revenue from their territories; while 30% goes into a common distributable pool to be disbursed according to needs among the federating units, and to address any imbalances in revenue profile. The remaining 20% goes for the exclusive use of the Federal Government with diminished responsibilities.
A minimum federal social security scheme will also be funded from the common distributable pool. This revenue formula should also be replicated within the states as federating units. In this context, state governments will utilize 50% of what accrues to the state; while Local Governments and community governments will each take a share of 20% and 30% respectively from state funds.

As an underlying basis for this fiscal federalism formula, it is important for the federation to be constitutionally committed to diversifying the economy and investing in solid minerals development. To this end a first line charge of 5 to 10% of the consolidated revenue of the federation should go to fund an economy diversification and solid minerals development fund. This would be taken out of the consolidated revenue before it goes into the federation account, prior to being allocated according to the revenue formula.

This scenario should be able to accommodate community and state policing within the federating units.

Overall however, the overarching basis, and the most fundamental foundation for building a democratic, popular participatory and inclusive society and polity is the enactment as an integral part of the constitution of a comprehensive Bill of Rights, as a binding, actionable, enforceable, and justiciable Social Charter.