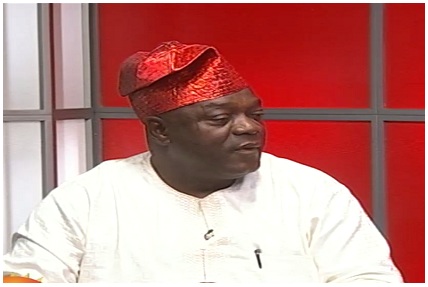 The resolutions that have been reached at the National Conference will give more Nigerians stake in governance, a Federal Government’s delegate at the conference has said.

Although the resolutions have not been given final approval by the delegates, Colonel Tony Nyiam (retired) said that the conference would conclude works on the resolutions when it reconvenes on August 4.

Colonel Nyiam told Channels Television on Tuesday that when the conference reconvenes, delegates would look at the reports to ensure that resolutions were recorded as agreed before adopting same.

He said that the recommendation for the creation of some states was meant to give more people say in their region.

The delegate was optimistic that the conference would come up with recommendations that would give Nigeria a constitution that would free many ethnic-nationalities that had been enslaved for years.

According to him, the states were recommended to correct the imbalance and situations were some states are so powerful that they had a veto power. “That is what is holding the Petroleum Industry Bill,” he said.

Several media reports last week gave the impression that the conference did not reach a resolution on the issue of derivation principle and the revenue sharing formula.

The Federal Government delegate insisted that the conference reached a consensus on the issue, explaining that the decision to forward the issue to President Goodluck Jonathan was an agreement between the whole delegates.

“The conference finished very well and a resolution was taken on the issue of derivation. The impression the press is giving is different.

“The resolution was that there would be an increment from the 13 per cent. But because of the technical issue about a National Intervention Fund that is to be created which the northern states wanted to be exclusive to the northeast, north central and northwest while we in the south wanted it to be all inclusive.

“That brought an argument. It was agreed that we will leave the issue of the final figure for the technical group to settle,” he said.

President Jonathan had said that he would not have anything to do with the decision that would be reached, saying he would set up a technical committee to discuss the final figure.

The controversy started when the oil producing states requested that the 13 per cent derivation they get from crude oil revenue should be increased to at least 18 per cent. The states in the north, ‘not comfortable with the request’, demanded that a National Intervention Fund be set up to cater for those affected by insecurity and other disaster.

It was later agreed that 18 per cent should go to the oil producing states.

“But some people wanted to clear-off the five per cent added to the initial 13 per cent by suggesting that five per cent should also be set aside for the National Intervention Fund and be made exclusive to the northeast, north central and northwest states.

“We refused, insisting that it should not be inclusive because we have displaced people in Bakassi area and the fund is to cover all causes of instability,” he said.

He explained that universally, People own their resources and pay tax, but decried the fact that it was not so in Nigeria.

There have been issues about whether the recommendations of the conference will go to the National Assembly or will be subjected to a referendum.

Colonel Nyiam explained that “going by what is obtainable worldwide; the recommendations are not going back to the National Assembly. What is done everywhere is to pass an enabling bill that allow for a referendum and they are not to interfere with the resolution. The conference has come up with its resolutions and they would be divided into policy and constitutional matter and be passed on to the President”.

Nigerians are still expecting the enabling law, with the National Assembly already considering a bill that will provide for the submission of a new constitution by the Nigerian president by way of a bill subject to the approval of the Senate.