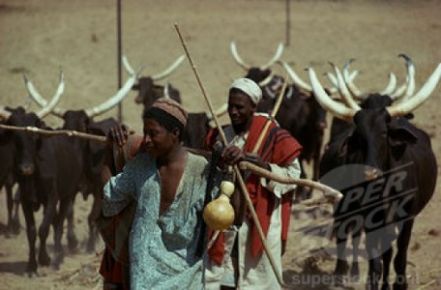 A delegate to the ongoing National Conference, Jack Tilley-Gyado, has called for the development of grazing areas to checkmate clashes between herdsmen and farmers in the country.

Mr. Tilley-Gyado gave the suggestion during an interview with PREMIUM TIMES in Abuja on Tuesday.

He noted that as long as Fulani herdsmen continue to move around seeking grazing fields for their animals, they would continue to fight with host communities who resist their movement.

He said, “We have to change the way we herd our cattle. There is nowhere in the world apart from Nigeria where you see people carrying cattle and journeying through homes, farms, territories and highways and devastating crops and peoples’ means of livelihood.

“That does not happen in any developed country. We don’t have as many cattle as in Australia, New Zealand and Argentina but they don’t do what is done in Nigeria.

“We have to start producing fodders; modern fast-growing grass so that herdsmen can harvest and feed their cattle in one spot and later move them in trains or trailers to where the animals are sold.”
Mr. Tilley-Gyado blamed the recurrent clashes between herdsmen and farmers in the North Central zone on the growing desert encroachment in many parts of Northern Nigeria.

According to him, sand dunes have eaten up the North up to Bauchi State, leading to sudden lack of water and grass, thereby constricting herdsmen from that part of the country.

While looking for food for their animals, he said Fulani herdsmen devastate farmlands and attack members of host communities who resist their invasion.

Continuing, he said, “The Lake Chad has dried up. Most of the dams have dried up. Most of the rivers in the North have dried up and so the first point of contact with grass and water is in Plateau State and as they move down the Middle Belt, they get more lush grounds and more water and they fight to the last person to graze their cows.”
Mr. Tilley-Gyado described as “mysterious,” a situation where herdsmen are spotted with sophisticated arms and ammunition in many parts of the country and blamed it on Nigeria’s porous borders.

He said, “The Fulani don’t only exist in this country. They are a homogenous people who live as far as Mali, Niger, Chad and in Cameroon. As they move along, they meet with their brothers and some of them come from war stricken areas.

“For instance, they are fighting in Mali and some of those who fought in Libya have moved on to Chad and then to Nigeria. When they meet their brothers here, they agree that if they could fight inhabitants of areas with grass, they would take over the area and feed their animals.

“There is a lot of foreign involvement in the crisis going on in the country. The local Fulanis don’t have that capacity to unleash violence in the entire North as it is. It therefore raises a question on how the foreign elements come into the country.

“When people come in with heavy arms, you begin to wonder how they made it into the country. Why are these people moving into the country without being detected by relevant security agencies?” he asked.
This post is supported by the Nigeria Stability and Reconciliation Programme, funded by DFID and managed by a consortium led by the British Council