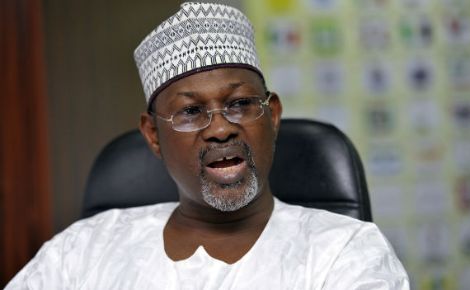 Nigeria could have a different parastatal which will be responsible for handling political party administration, monitoring, auditing and electoral offences.The National Conference Committee on Political Parties and Electoral Matters has recommended the unbundling of the Independent National Electoral Commission, INEC.It also recommended that the commission be stripped of some of its powers.The recommendations were part of the deliberations of the committee at its sitting, Wednesday, at the Nicon Luxury Hotel Abuja.If the recommendations of the committee are approved during the plenary session of the confab, Nigeria could have a different parastatal which will be responsible for handling political party administration, monitoring, auditing and electoral offences.INEC would then be responsible for the registration of political parties, conduct of elections, and delimitation of constituencies.The committee also approved a proposal that all electoral offenders must be disqualified from contesting or holding any public office for a minimum of ten years.Also the powers of the President to appoint the chairman of INEC also scaled through. Delegates expressed the view that the idea of setting up a committee to appoint chairman for the electoral body as advocated by some members will make no difference since the selection committee itself will be appointed by the President.The committee, however, recommended that a period of two weeks must be reserved for members of the public to raise objection whenever a new INEC chairman is nominated by the President.On independent candidates, the committee gave very stringent condition that any one that wants to contest election as independent candidate must be nominated by not less than five people from every electoral ward in any given constituency.The committee also approved the removal of the residency clause in the Electoral Act to allow Nigerians in the Diaspora to vote.It did not, however, specify whether INEC will be expected to go outside the country to register voters and conduct election or if those living abroad must come home to register, return to their base and come back again to cast their votes during elections.Rejected proposalsThe committee also rejected some of the proposals with respect to the INEC.The proposal for constitutional review to allow INEC fix dates for election outside the constitutional provision and the right to disqualify candidates submitted by political parties were rejected.After a robust debate, the proposal to de-register political parties by INEC was equally rejected by the committee on the ground that the bigger political parties might exploit that provision to shut other parties out of the political space.The committee equally rejected the proposal for a three run-off election where no clear winner emerge in an election; rather, it recommended that only bye elections be conducted by INEC within 21 days interval after the first election. The winner is then expected to emerge by simple majority.