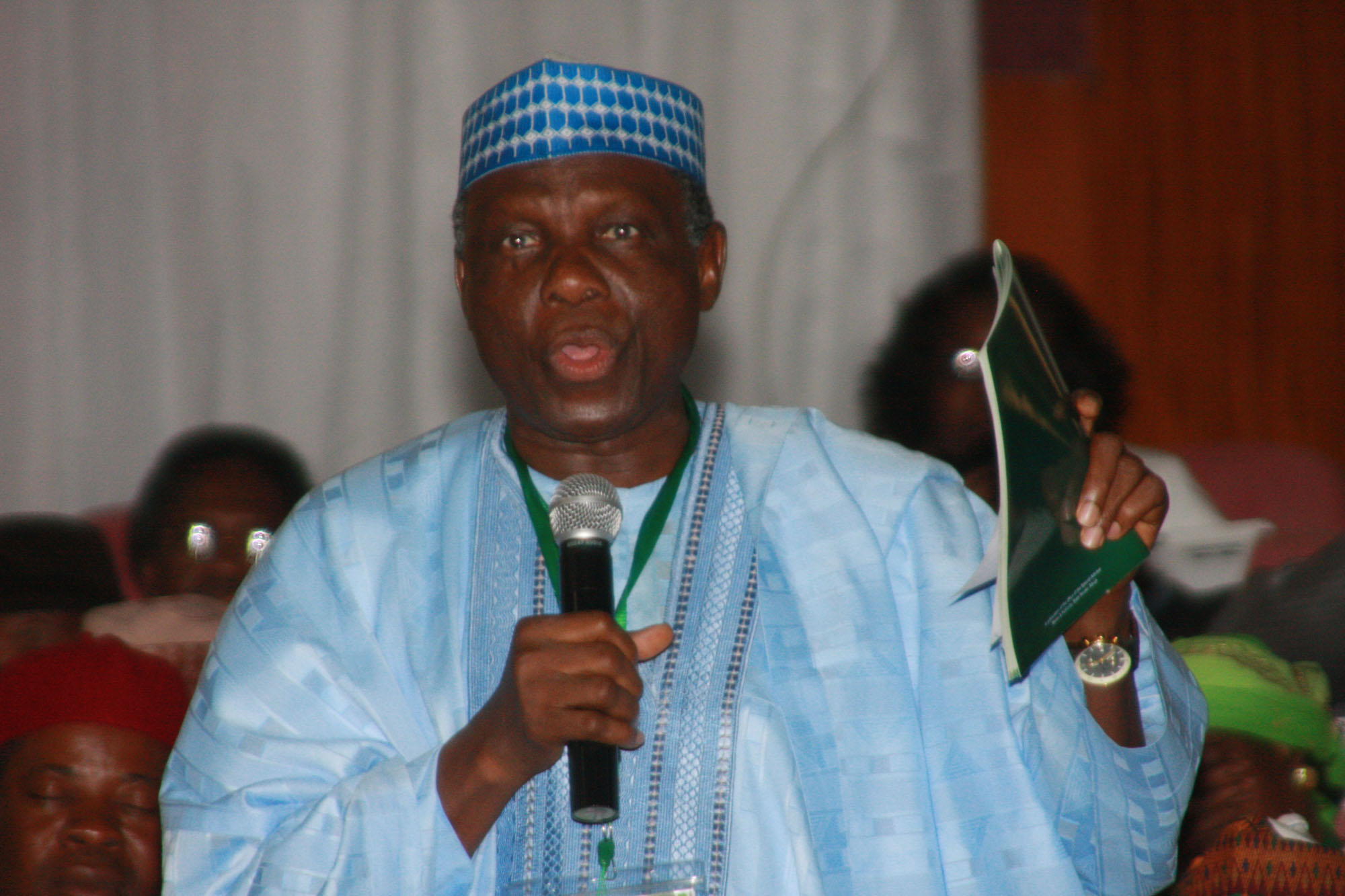 The National Conference on Thursday accepted the recommendation of its Committee on Politics and Governance to return Nigeria to a true federal structure with the states as federating units.

The Conference also adopted another recommendation which will allow the states to create local governments as they deem necessary.

It also resolved that asset declaration form submitted by public office holders to the Code of Conduct Bureau, CCB, should be made accessible to the general public and the exercise should be before and after assumption of office.

The report of the Committee co-chaired by a former Information Minister, Jerry Gana, and a former Secretary to the Government of the Federation, Olu Falae, was earlier debated before the amendments to its recommendation were taken and voted for.

The voting session was moderated by the Deputy Chairman of the Conference, Bolaji Akinyemi.

It could not vote on the establishment of structure, composition, finance and functions of local government councils preferring to do so when discussing the report of the Committee on Political Restructuring and Forms of Government.

The Conference, however, accepted a proposal that unelected chairmen of local governments (often referred to as Transition Committee Chairmen) or such unelected representatives at the local government areas should be sanctioned by withholding the statutory allocations pending the conduct of election into such local governments.

On anti-corruption and ethics in governance, it agreed to the recommendation that the Anti-Corruption Agencies, ACAs, notably the Economic and Financial Crimes Commission, EFCC, and the Independent Corrupt Practices and Other Related Offences Commission, ICPC, should take up any corruption case that is in the public domain without waiting for a petition.

They resolved that the refusal by anti-graft agencies to act on any corruption cases that they are not aware of would constitute an act of misconduct, criminal negligence or dereliction of duty that will attract appropriate sanctions.

The Conference therefore resolved that all ACAs should be empowered to invite anybody living above their means to explain their source of wealth, and if the agencies are not satisfied with explanations to the acquisition of such wealth, the person shall be charged to court.

“Upon conviction, the person shall forfeit the entire proceeds from corruption and be sentenced to half the prison term attached to the sum of the money or its equivalent,” it said.

The Conference voted in support of a proposal that a special account be opened and designated as Infrastructure Development Fund, IDF, into which all recovered proceeds of corruption shall be paid.

On cross-carpeting from one party to another, it resolved that such elected public office holders who defect before the expiration of their mandates without cogent reasons would lose their seats.

The Conference resolved that inducement of voters with money and materials on Election Day should be treated as a criminal offence and perpetrators severely punished.

The Conference resolved that that minority groups that wish to exist as separate states and meet the criteria for state creation should be allowed to do so under the instrumentality of the relevant laws and procedures as part of their right to internal self determination.

It restated the unconditional rights and freedom of every and any other ethnic nationality that considers itself as unjustly subjected to real and perceived injustice and marginalisation to join their kith and kin through the instrumentality of relevant laws.

It accepted a recommendation for the establishment of a National Council of Traditional Rulers, NCTR, with three members from each state.