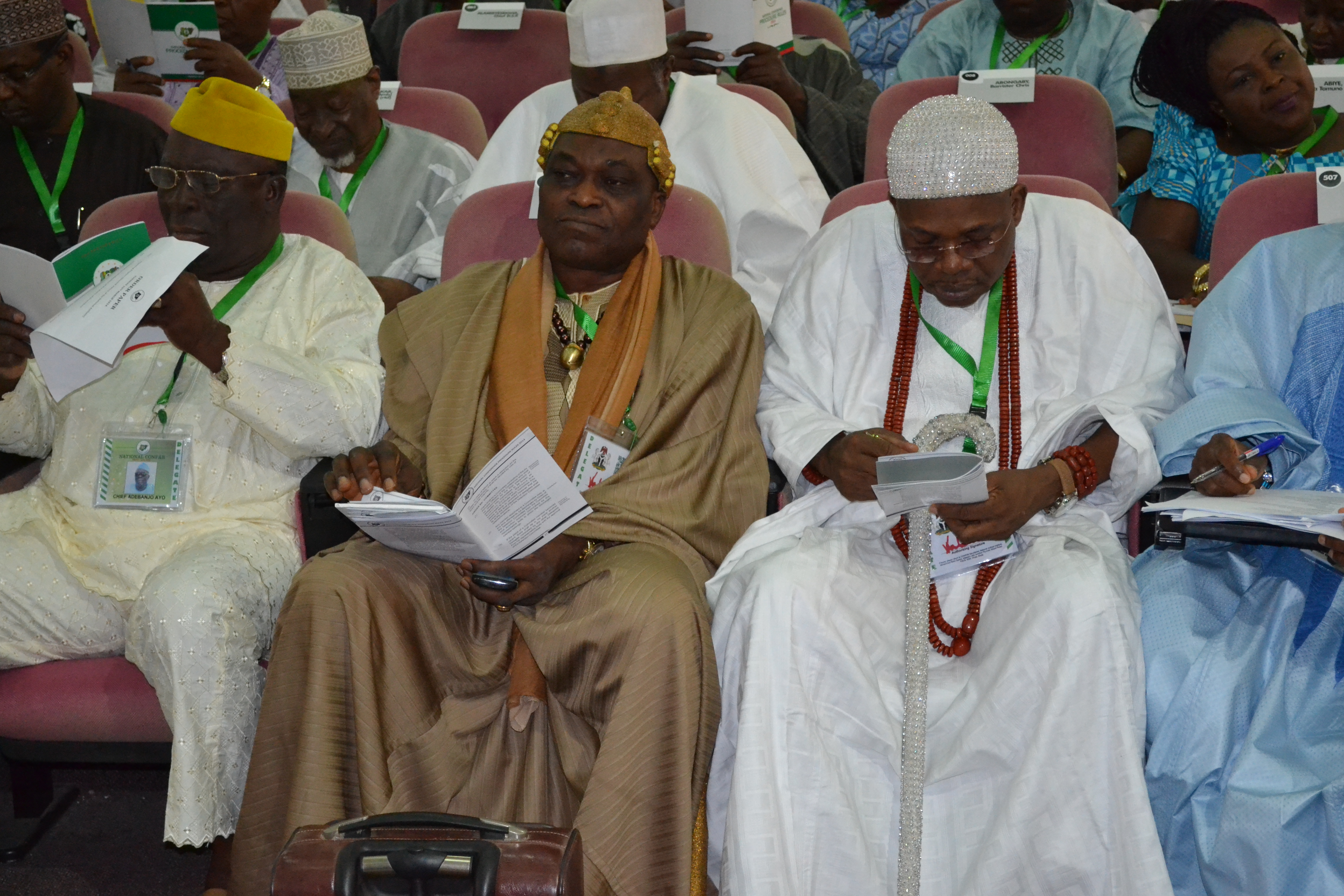 Akinyemi assured measures would be adopted to check truancy among delegates

Proceedings of the National Conference were almost aborted on Thursday following the absence of most of its members from its sitting after the lunch break.

The 492-member Conference sits two times between Mondays and Thursdays with the morning session holding from 9 a.m. to 2 p.m. and the afternoon session lasting between 4 p.m. and 6 p.m.

Before it proceeded on the lunch break at about 1.40 p.m., most of the delegates were present to debate the report of the Committee on Economy, Trade and Investment.

However, upon resumption the leadership of the Conference noticed that most of the members were not present to vote on the recommendations and amendments proposed by the Committee.

The Deputy Chairman of the Conference, Bolaji Akinyemi, who was to moderate the session expressed concern about the ability to go ahead with the voting since many of the conferees were not in the Andrews Otutu Obaseki Auditorium venue of the session.

However, a former senator from Anambra State, Nnamdi Eriobuna, came to the rescue of absentees when he said since a quorum was formed in the morning session, the business of the Conference could go on as it would cover the afternoon session.

According to him, legislative procedure required that a quorum could cover various sessions.

Another member and former member of the House of Representatives, Musa Elayo, from Nasarawa State agreed with the senator. He insisted that from the point of law, the quorum could not be a threat to the session in question.

However, another delegate regretted the level of truancy exhibited by the Conference members.

Commenting further, Mr. Akinyemi said absence of members from sitting had become worrisome and assured that the issue would be discussed so that some measure could be taken to address it.

However, apparently noticing that more delegates had come into the chamber, the deputy chairman declared that the proceedings could go on.