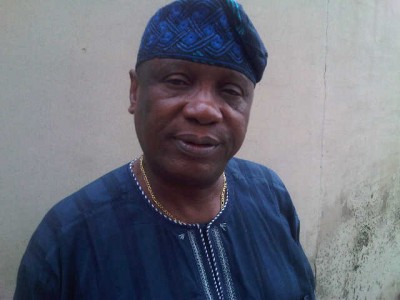 Is it the energy that has collapsed in the country in spite of privatisation and the selling of national assets to selected friends of government? Is it the economy that is in comatose? Is it the corruption that has enveloped the entire nation? Is it bad roads that are getting worse daily? Is it the lamentable state of our health system? Is it the education system that is completely grounded? Is it foreign affairs where we no longer have global bearing? Is it piracy on our oil or kidnapping or the insecurity generally in the country?

To me the commandments are mere proposals for the sad aspect of a journey is that once you start you will never know how it will end. I do not expect the conference to last less than nine months. As for the issue of Nigeria’s unity as no-go area, the Federal Government may not be in a position to decide. For we are approaching the conference not with joy but in sadness, frustration, anger, bitterness and disillusionment.

I guess almost all the sections of this country today are angry for where we are and how things are taking shape. If it is Nigeria’s unity that is to be discussed, am afraid many Nigerians have different interpretations on that issue. This is because the country itself is a synthetic creation and that is clearly acknowledged in the first stanza of our old national anthem which says “Though tribe and tongue may differ, in brotherhood we stand”.

A union cannot be forced on the people and my assumption is that the main point for holding the confab after all is that there is no solidarity in our land. If there were any goodwill among us, there should have been no need for the confab at all. On many occasions, the political class have sang the same obstinate rhythm that Nigeria unity is non-negotiable even when we know that it has been fragile and artificial since 1914.

The no-go area on Nigeria’s unity which the Federal Government has decreed, reminds me of the ad-hoc constitutional committee conference held between September 12th– 28th 1966 and again between October 24th and November 1st. The head of the secretariat that organised the conference at that time is the present Oba of Benin S.I. A. Akenzua when he was Permanent Under- Secretary, Federal Cabinet Office in Lagos.

Opening the conference, the then Head of State, Lt. Col. Yakubu Gowon, warned on September 12, 1966 that “You are not here to re-negotiate Nigeria’s Unity, we are one and we must remain one”. At the conference that day were late Chief Obafemi Awolowo, who led the Western Region delegation and  Alhaji Lateef Jakande who represented Lagos. The Mid-West region delegation was led by Chief Anthony Enahoro and the Northern Region Delegation led by Sir Kashim Ibrahim with Mallam Aminu Kano, Josiah Olawoyin and  Joseph Sarwan Tarka as part of the delegation. The Eastern Region delegation was led by Sir. Louis Mbanefo and included Dr. Okoh Arikpo.

The Eastern delegation boycotted the second session of the conference. The issue of confederation, state police, and regional autonomy dominated the conference. Of course the conference ended sine die without reaching any agreement. The same fate has bedevilled every constitutional conference in Nigeria. The same Gowon on November 30, 1966 made the following broadcast to the nation: “We are all aware that the Ad Hoc Committee has been adjourned indefinitely. They had run into difficulties which made it impossible for them to meet”.

In withdrawing from the conference, Chief Awolowo gave only one condition for his further participation. On May 1, 1967, he told the Yoruba leaders of thought in Ibadan that “the people of Western Nigeria or Lagos would participate in the Ad Hoc Constitutional Committee or any similar body only on the basis of absolute equality with other regions of the Federation”.

Few days later on May 27, Gowon declared a state of emergency on the country and Col. Odumegu Ojukwu led Biafra to secede on May 30 . The country was later plunged into a civil war. Which goes to say that conferences may not be the only solution to our problem.

In discussing Nigeria’s unity I’m always reminded by what late Sir Ahmadu Bello, the Sardauna of Sokoto and former Premier of Northern Nigeria and the most powerful politician in the country during his era, evoked in moving his motion on self-government on March 22, 1953, at the Northern House of Assembly in Kaduna. He said on that day that ”It is true that we politicians delight in talking loosely about unity of Nigeria…What is now called Nigeria consisted of large and small communities all of which were different in their outlooks and beliefs. The advent of the British and of Western education has not materially altered the situation and these many and varied communities have not knit themselves into composite unit…In 1914, the North and South were amalgamated through the administration of the two sections that are distinctly different. Since then, no serious attempt has been made by the British or by the people themselves to come together and each section has looked upon the other with suspicion and misgiving”. And Alhaji Isa Kaita in supporting him at that time said: “The mistake of 1914 has to come light and I should like to go on no further”.

In his book, My Life, the same late Sir Ahmadu Bello said on page 135,” The colonial masters who ruled Nigeria introduced a system of unitary government not for the present or future unity or well-being of all the indigenes of the country but for its own administrative convenience. Lord Lugard and his amalgamation were far from popular amongst us at that time”.

The first statement made by the then Lt-Col. Yakubu Gowon upon assuming power on July 30, 1966 was: “Suffice to say that, putting all considerations to test – political, economic, as well as social – the basis for unity is just not there or is so badly rocked, not only once but several times”. Gowon was speaking on Nigeria’s unity at that time at Ikeja Military Cantonment after Nigeria Troops, led by Colonel Murtala Muhammad, had conceded the leadership to him, at a charged atmosphere in the barracks.

Commenting on the statement by Gowon, the former Secretary to the Government of the Federation, Mr. Allison Ayida, in his 66-page book, titled The Rise and Fall of Nigeria, said the second mistake of his life was to allow Gowon to make that statement.

He wrote: “The second episode occurred during the interregnum of July 29 to August 1, 1966 when for four days there was no government in Nigeria. A group of Federal Permanent Secretaries visited Ikeja barracks amidst the ‘rising grass’ and were introduced to combat troops therein as members of the Civil Service Tribe. They played the critical role in averting the instant disintegration of Nigeria. Sometimes I am asked if the game was worth the candle or whether Nigeria should have been allowed to break up? I used to be an incurable optimist but sometimes I wonder in moments of doubt whether this is the mistake of my life. We took much risk then but others have made the supreme sacrifice for Nigeria. I still regret that the late Abdul Attah and I did not accept Col. Gowon’s invitation for us and the then Solicitor-General, Justice Kazeem, to stay behind and write his ’take-over’ speech. ‘The basis of unity is not there’ would not have become the albatross of the Federal propaganda effort during the Civil War and the Gowonist era of One Nigeria. I still believe this country is worth saving but only on one condition, namely that it’s preserved for the benefit of all Nigerians irrespective of state of origin or religion. There shall be no second class citizens, this should be an article of faith observed and seen to be observed scrupulously by the leadership at all levels.”

In other words, Nigeria should belong to all Nigerians irrespective of culture, religion and ethnicity.

But If I may ask: Why be  part of a forced union when you are no longer being treated as an equal partner?

We are also well aware of the rise and fall of the Roman Empire. Yugoslavia was a strong nation under Field Marshall Tito, but in the early 1990s, the same Yugoslavia split into what we now refer to as Bosnia, Croatia, Macedonia, Serbia and Montenegro and Slovenia. Urjanchai Republic was a country in south-central Russia and existed till 1914. Ottoma Empire also known as the Turkish Empire, began around 1300 and expanded to include parts of contemporary Russia,Turkey, Hungary, the Balkans, Northern Africa, and the Middle East. The Ottoma Empire ceased to exist in 1923 when Turkey declared independence from what remained of the empire. The Persia Empire extended from the Mediterranean Sea to India. Modern Persia was founded in the sixteen century and later became known as Iran. Also the Prussia Empire became Dutch in 1660 and a kingdom the following century. At its greatest extent it included the northern two-thirds of Germany and Western Poland. Prussia, a federal unit of Germany, was fully disbanded at the end of World War II.

The Union of Soviet Socialist Republics (USSR) broke into fifteen new countries in 1991. The countries are Armenia, Azerbaijan, Belarus,Estonia,Georgia,Kazakhstan,Kyrgyzstan,Latvia,Lithuania,Moldovia,Russia,Taikista, Turkmenistan, Ukraine and Uzbekistan. The Republic of Texas gained independence from Mexico in 1836 and existed as an independent country until annexation to the United States in 1845.

There is nothing new in nations rising and falling.

As nominated delegates arrive Abuja soon in their different traditional attires,  let them be allowed to make a choice on the Nigerian union. There should be no ban or prohibition on issues to be deliberated upon.

If divorce or separation of the union is to be desired and pleasing, so be it.

Eric Teniola was a Director at the Presidency in Abuja. He resides in Lagos.