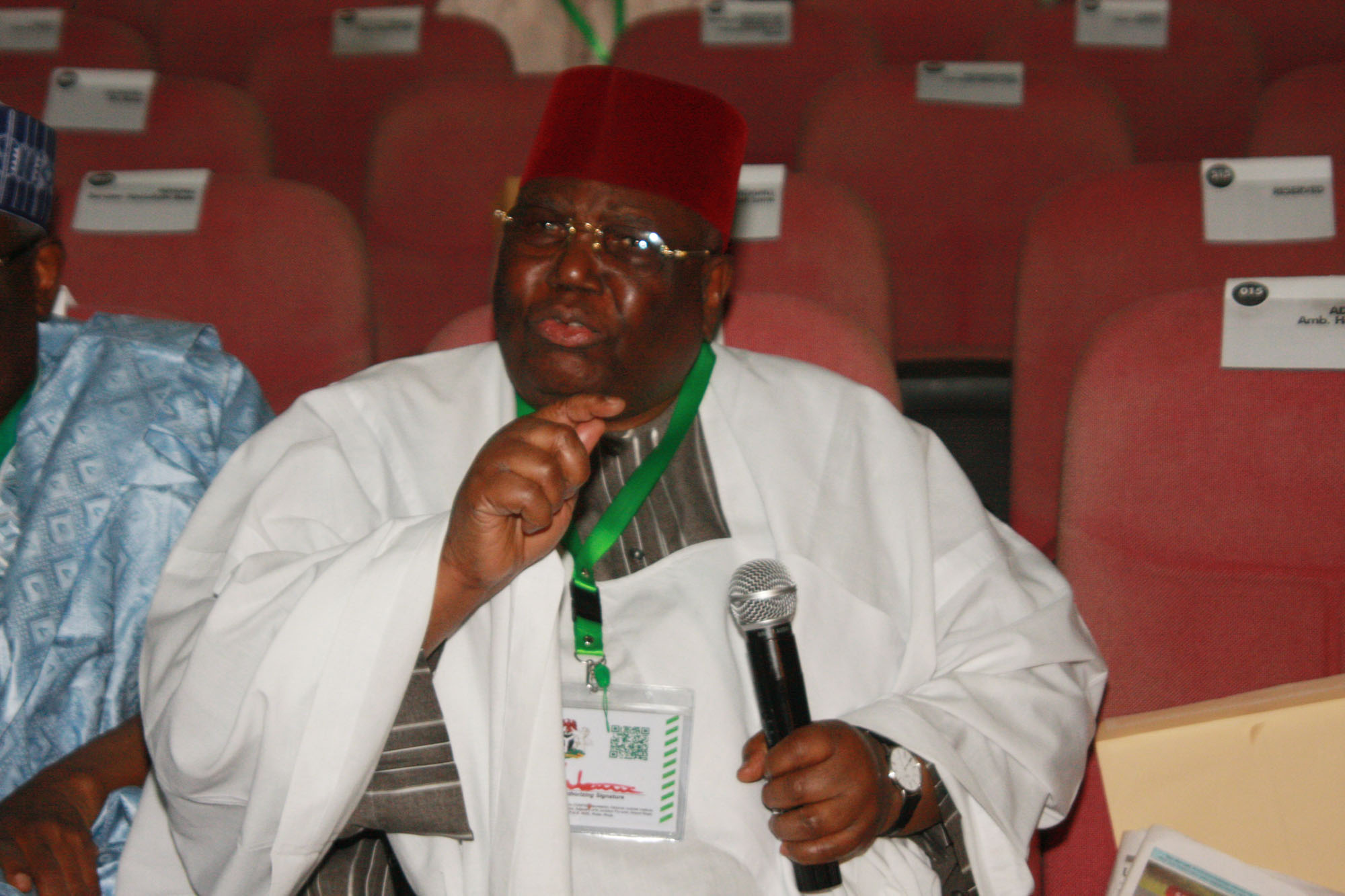 The committee members accuse the chairman of compiling report alone

A crisis of confidence has hit the National Conference Committee on National Security as members of the Committee on Tuesday accused its chairman, Gambo Jimeta, of running a one-man show.

Mr. Jimeta, a former Inspector General of Police, was accused by the members of planning to dispatch a premeditated report to the Conference Secretariat.

The allegation nearly led to exchange of blows between him and his deputy, Albert Horsfall, who is a former Director General of the Nigeria Security Organisation, NSO and the State Security Service, SSS.

As at 7 p.m. on Tuesday, the Committee was still sitting at the National Judicial Institute, NJI, to resolve the matter.

Others are former military administrator of Adamawa State, Joe Orji; and Canice Orji, both retired Group Captains. The retired police officers in the Committee are Samuel Adetuyi and Bashir Albasu.

A source at the committee’s meeting on Tuesday said its members were enraged when they discovered that Mr. Jimeta brought a report he complied and asked them to sign before it was forwarded to the secretariat.

The committee members reportedly denounced the report, saying they were not part of it. It was gathered that the delegates were particularly alarmed because the reports of the various sub-committees had not been discussed.

“We were taken aback when the chairman of our committee presented a report to us for consideration, when in actual fact we are yet to discuss the report of the various sub-committees created to discuss issues of security,” a member of the committee who pleaded anonymity because he did not have the authority to speak, said.

“The situation was so tense that the chairman and his deputy nearly exchanged blows. We were at the verge of collating the report and yet a report was presented to us as the outcome of the Committee on National Security.”

The committee members, it was learnt, were also shocked that the report compiled by Mr. Jimeta, an indigene of Adamawa State, did not reflect the current security challenges in Nigeria.

The source said, “The report presented by Gambo Jimeta did not say anything on the current security situation in the country, especially terrorism and counter terrorism. The issue of recommendation for the creation of the Ministry of Homeland Security was a report of a subcommittee of the National Security.

“We are surprised that Gambo Jimeta could afford to do what he did with seven retired generals serving in the committee.”

Following the disagreement among the committee members, the committee is said to have began discussions afresh, especially with a view to consider the reports of the sub-committee and the current insurgency in the country.

PREMIUM TIMES noticed that as at 7 p.m. on Tuesday, the members were still at the meeting, which was apparently stormy as some of them were on top of their voices.

At some point, Mr. Adams’ voice attracted the attention of the people at the lobby of the meeting venue. This led to the members closing the window blind.