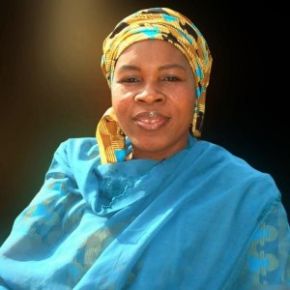 The conference report “may end up in the waste-bin of history”.

As the ongoing National Conference glides to a close, it is gradually taking the same controversial pattern it began with. Now, there is palpable fear that the whole thing may come to naught after all. Last week, just like the second week of the gathering, one of its worst moments as mutual suspicion, accusations and counter accusations took the centre stage.

Recall the conference began on this same note. The disagreement that voting pattern generated was finally doused by the Conference secretariat’s ingenious selection of a 50-man committee which resolved the ¾ or 2/3 palaver in favour of 70 per cent. In between these periods, there was some sort of stability and camaraderie. The scenario can be likened to a plane which takes off on a stormy and turbulent note and stabilizes when it is fully airborne; fear and uncertainty return when that same plane is about making its descent and landing. But by the time it touches the ground, passengers heave a sigh of relief. Will the conferees and doubting Nigerians have a cause to celebrate at the end?

The events that led to last week’s disagreement were weighty indeed. It started with a pre-determined and so-called ‘terms of agreement’ in which a consensus was purportedly reached by a group led by Raymond Dokpesi, a delegate and chairman of Daar Communication. In the said ‘terms of agreement’, a new constitution and 50 per cent derivation as demanded by the Niger Deltans among others were smuggled into the final report to which Professor Yadudu, Is’haq Modibbo Kawu and others representing the Northern Delegates Forum vehemently opposed.

Surprisingly, most of these recommendations—18 new states with their names (as against the group’s plan of not making public names yet) and scrapping of the third tier of government, were passed by delegates last Thursday. The Northern group which saw this as a continued ploy in the marginalization pattern that started the conference, is kicking. For example, the scrapping of local governments was said to be aimed at cutting the North, which has more councils  to size. The high point of this anomaly was the involvement of the Deputy Chairman, Bolaji Akinyemi, in the set-up.

How then can the North trust the decision of the conference if its leadership as represented by the Deputy Chairman is ensnared in the plot, when it should remain neutral effectively galvanize the conference? I also do not think that the Northern delegates’ muscle-flexing at this stage could save them or their region, if the president who constituted the Conference had a different agenda.

Apart from the matters that arose from the so-called ‘terms of agreement’, and the leadership’s meddling, there is a pending issue of numerical advantage in favour of the South which, Northern delegates had in May complained and written to the chairman about. There are said to be 300 delegates from the South and 192 from the North, but Justice Kutigi never addressed the issue.  The fear that this numerical strength would be turned into a voting advantage is now real, as much of the resolutions reached at the committee level in the spirit of give and take, is now being turned upside down.

In the same vein, neither President Goodluck Jonathan nor the Conference secretariat ever addressed the complaints of Sultan Saad Abubakar, who led a delegation to the president to complain about the small number of Muslims compared with their Christian counterparts at the conference. Not to talk of the Niger Delta activists, led by Ms Ankio Briggs who was refused a minority report and also refused to sign her committee’s report because the co-chairmen—ex IGP Ibrahim Commassie and ex-Governor Victor Attah settled for the status quo ante (existing 13 per cent derivation) after an excruciating debate on the matter.

As at yesterday, the conference had to adjourn abruptly for representatives of the six geopolitical zones to come up with solution to the thorny issues of resource control, fiscal federalism, derivation and onshore/offshore dichotomy.

Despite the complaints and controversies that have continued to dog the Conference, they will pave into insignificance if you tarry awhile to think of the fate and destination of the Conference report, for a gathering that neither had constitutional backing nor were the members legitimately elected to do what they are doing. Above, what time does the secretariat have to put their report together, and for it to go through the rigours of referendum in the 36 states of the federation or through the National Assembly as the case may be.  For all the hues and cries, all the jaw-jaw and bad-blood generated at the conference, its report may end up in the waste-bin of history; very much like the third term and all other committee reports in this country. I really hope not.

Governor Nyako in soup
Chances are that by the time you are reading this, Governor Murtala Nyako of Adamawa state would have been impeached. On the surface, the battle is between the governor and the state legislators, but we all know that it is beyond them. It is about the PDP federal might and the opposition APC. In almost eight years, the legislators were complacent, watching the governor loot the state as they claim, only for them to finally find their voice at the twilight of their exit. The money from the top that was said to have changed hands in the impeachment plot, is according to sources, irresistible.

For the presidency and the PDP hawks which hatched and are executing the Nyako-must-go-plan, it’s a matter of do or die. Nyako too may have easily walked into their trap because of his defection to the APC. If only the PDP-led government would swiftly and decisively move against the Boko Haram terrorists, corruption, and unemployment, Nigerians would have hailed them. Sadly this is war of the ruling elite, fighting for a political space.