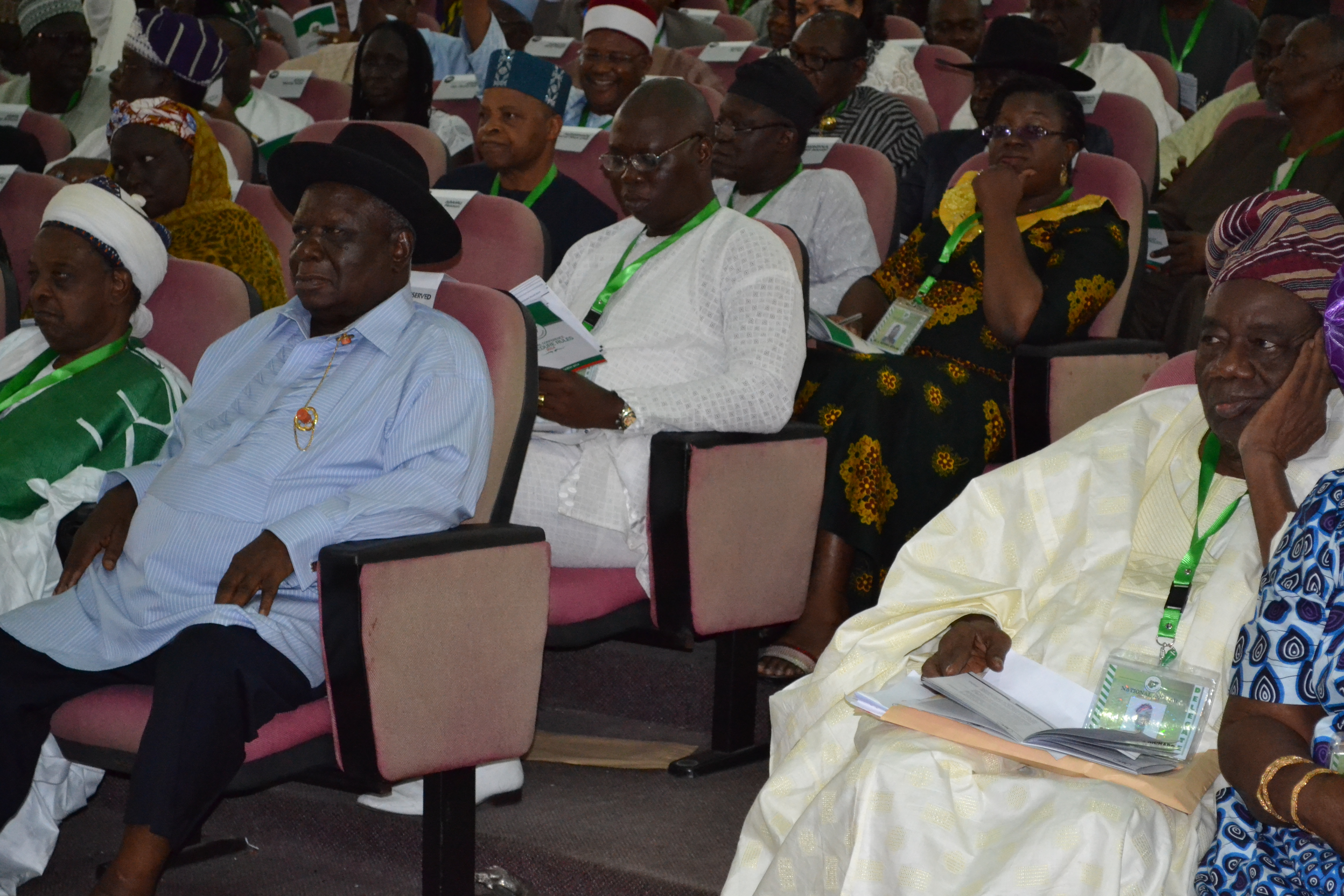 The National Conference on Tuesday reversed itself on the new modalities for debating the reports of its Standing Committees.

The reversal came after the Conference was forced to adjourn for 10 minutes to allow tempers calm following fresh intense disagreement on the matter.

Consequently, the old procedure was applied in debating the report of the Committee on Agriculture and Water Resources, which presented on Monday.

The Conference Chairman, Idris Kutigi, had on Monday announced the new procedure for deliberating on the Committee reports in other to meet the July 17 deadline given to it by the Federal Government to submit its report.

He said the five weeks left for the Conference to conclude its work and submit its report would be insufficient if the modalities it had been using in the last three weeks were retained.

According to the new procedure, delegates who wanted to comment or propose amendments to any of the recommendations of the remaining 13 reports should send their views by writing in not more than one page to the secretariat within 24 hours after the presentation of each of the reports.

The proposal was however opposed by a section of delegates, who warned of the danger in going ahead with the new procedure when the reports of the critical committees that necessitated the convocation of the Confab had not been taken.

When the Conference reconvened on Tuesday, a heated argument ensued on the matter forcing Mr. Kutigi to suspend the plenary session for 10 minutes during which the leadership reviewed the proposal as suggested by some of the delegates.

Upon resumption, the apparently unhappy chairman announced the reversal of the new procedure.

He criticised delegates who he claimed would always want to contribute to the debate on every committee report.

“Even if it is only four reports we are able to conclude, we will submit the rest to government. It is my ruling that we go back to the old procedure,” Mr. Kutigi said.

A former Senate President, Ken Nnamani, in his response said mere voting on amendments proposed by delegates without debate would amount to doing a shoddy job for Nigeria.

He said, “If time is short and outcome was rushed, the Confab would not have done a good job for the country. Just voting on recommendations may not be the true reflection of the delegates”.

A Peoples Democratic Party, PDP, delegate, Bode George asked the leadership to allow whoever wants to speak on any issue to do so.

He, however, advised it to be firm by stopping those who repeat what others had said from continuing with their comments.

According to him, the Conference must ensure that debate and decisions were robust.

However, a delegate from Jigawa State, Bashir Dalhatu, demanded that the new modalities should stand.

“There must be an end to discussion and it is through vote. Reopening concluded issues would put the Conference leadership in a negative situation. As the Conference progresses, a delegate that wants to reopen an already issue should be disallowed.”