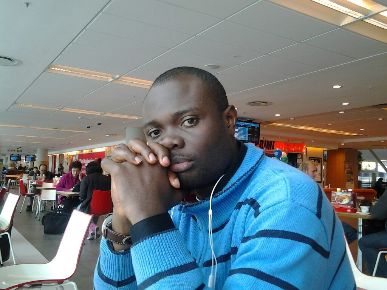 In some climes, humanity and development mean everything. But in ours, politics and religion has replaced everything. Some of us have watched our steady decline from citizenship to partisanship and in this, one thing is constant – political interest.  They don’t really care about us, do they? There is not regard for sanctity of flesh and blood. We have   exchanged our humanity for religiosity and will rather watch the child die of thirst than share our water bottle because she doesn’t worship in the same temple as ours.

As a people, we have become asymmetrical. Phrases like “Muslim North” and “Southern Christian” describe the division of our common heritage. We have become so polarized that our judgments are clouded by the psychological question that comes to mind when we meet each other for the first time – where do you come from.  We have failed to realize and recognize our common enemy when we are faced with one because of our distorted judgments. Is it not written, “A house divided against itself cannot stand?”

While I was navigating webpages this morning, I stumbled upon a tweet on by someone shortly after AFP (Agence France-Press) news released the video of our abducted girls in Chibok by the Boko Haram terrorist group. The person’s tweet was more focused on the fact that the girls have been converted to Islam than their safety and wellbeing. I understand that freedom of religion or association is a fundamental and constitutional right which our girls have been denied, largely because of the peculiar circumstance in which they found themselves but Nigerians seem to forget that a dead body cannot be called a Christian or Muslim. We are first human beings before we became Christians or Muslims, from the North or South.

Today, the powerful nations of the world have focused their security organizations in Nigeria to help tackle the monster called Boko Haram which history has shown started in Borno State, the North Eastern region of Nigeria by a certain state governor who used it as a tool to intimidate political opponents. When the then leader who owned sophisticated phones and drove exotic cars fell out of favor with the state government, the group turned to a monster, killing security agents, burning places of worship especially churches. Today, it is widely speculated that Boko Haram is a political machinery of some powerful elements in Northern Nigeria that is used to intimidate the President and his administration.

In the wake of his administration, Late President Umaru Musa Yaradua was faced with insurgency from Niger Delta militants. The agitations of Niger Delta militants had political colorations to them. The militants wanted a South – South President, they also wanted an increase in the oil derivation.  This was achieved and the militants ceased fire. This could be used as a base to analyse the situation in Nigeria. Any region that is seeking any form of relevance must take up arms before their agitations will be attended.

Truth be told, the problem of insurgency will not be solved through military interventions. The issues are simple, most Nigerian politicians have a sense of entitlement. Therefore, when the political permutations do not favor them, they resort to arms struggle in order to get the attention of the power at the centre – Presidency. What is rather unfortunate is that, it is the innocent and poor who become victimized in the society. Whilst Niger Delta militants were busy attacking critical infrastructure, Boko Haram is killing citizens en mass and also destroying properties. The later has become more dreaded than the former.

The political economy at the centre is too attractive. They call it “national cake” which everyone wants a slice of. If the military intervention in the North is able to quell Boko Haram attacks, it will certainly be a temporary approach.

If Jonathan looses the elections, the insurgency from the Niger Delta will double up because the damage will be fiercer than what we experience presently under Boko Haram’s reign of terror. The reason is simple; they may have acquired more arms than any other region in the country even though they surrendered their arms to embrace the amnesty programme of President Yaradua. The 2014 budget shows that the amnesty programme has an allocation of 54billion naira. The question is, where is this money going to and what is it used for? These militants will certainly return to the creeks if President Jonathan is booted out of office in the 2015 and their activities may not be limited to the creeks this time, rather it will be an attack on critical infrastructures which will affect the interest of our economy and endanger human lives. Therefore, we will be back to a circle of insurgency and terrorism.

The lasting solutions to Nigeria’s problems are simple. The people need to come to terms with what they want to do with themselves. We need to reason together as a people and forge a common ideology. There seem to be no Nigerian ideology today, nobody knows it. We don’t understand the importance of our flag, we sing our anthem and make a pledge that we barely take to heart. The anthem has become a music jam that a few artists have remixed time and again.

President Jonathan had an opportunity to bequeath us a nation with new ideologies and a better national arrangement through the ongoing national conference. The opportunity seems lost by the way the conference was constituted. The only way Nigerians can live peacefully and trust each other is when we devolve the power at the centre. Perhaps, power could be rotational. Federalism must also follow the fiscal route. Let states live on what they produce and contribute a certain percentage to the centre. Let states have their political and economic independence. Let states have their own Police and generate their electricity. Let us live like a broom tied together that sweeps the house clean and the problem of insurgency will become history.

The national conference may not give us the opportunity to address most of the issues facing us at present because majority of those who are discussing the future of Nigeria will not live to partake in it. That conference was meant for young people to design the future that they desire and deserve. The conference should have been constituted with eighty percent of people below 40years and an older generation which should have been twenty percent. The twenty percent would have been there to provide leadership and direction at the debate but this was not the case.

At this point, this writer does not know if Nigeria will have the opportunity to have a national conference again but here is an opportunity we have blown away like a candle in the wind.

Mbasekei Martin Obono is a Nigerian youth and Executive Director at Cybercrimes and Fraud Prevention Foundation. He is a fervent columnist on Nigerian issues. This time, he writes from Buckingham about the Nigerian Ideology. Follow @martobono on Twitter. The opinions expressed in this commentary are solely those of the author.