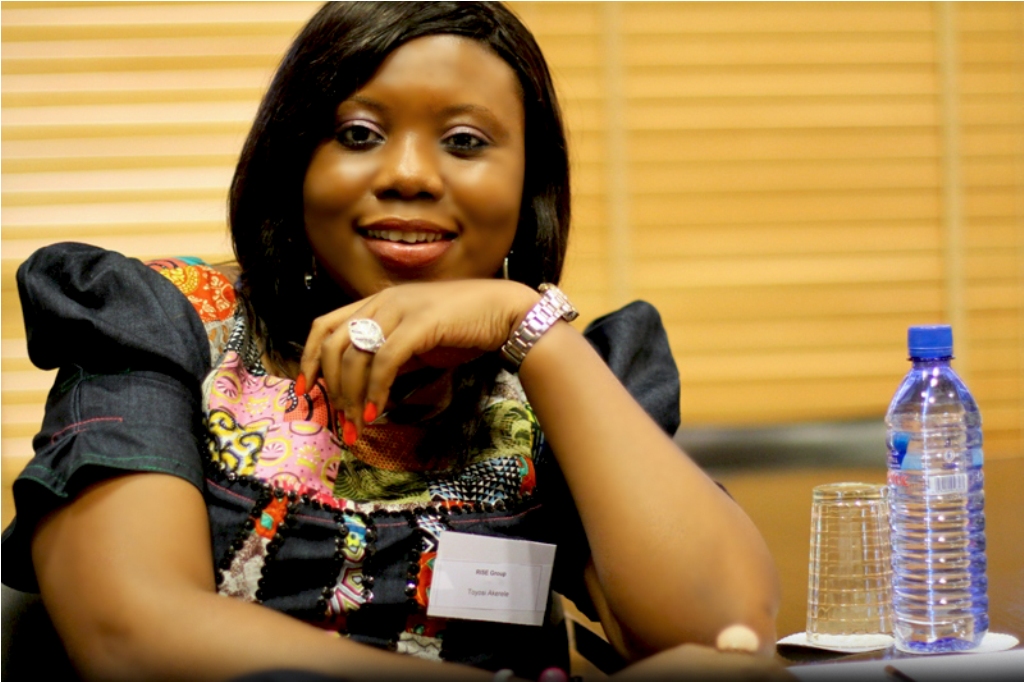 “Would it have been too much to get two youth, one female and the other male, to represent each of the 36 states of Nigeria?”

So this is it. Enough is Enough. To say that I am depressed by the composition of the list for the National Conference is a gross misrepresentation of my heart’s true cry. I am bewildered; baffled by the sheer lack of prioritization of the most significant bloc of Nigeria’s population in a National Dialogue that I believe was conceived to chart the course of a resplendent and favourable future for Nigeria.

When I was 10, the Head Girl in Ebun Oluwa Nursery and Primary School, Oregun, Lagos, I was cheered on and celebrated by Teachers and Guardians that I was a leader of tomorrowbecause of my astounding performance and good conducts at the time. Then I turned 20, I was in a University, the Deputy Speaker of the University of Jos Students’ Union House of Parliament and we frequently used the phrase “Leaders of Tomorrow” to chastise and call to order some of our peers who were somewhat resistant to authority or stood short of what many considered acceptable standards of excellence. We would permeate their conscience with guilt by challenging them that we need to right the wrongs of our forerunners by leading by example. Our generation just has to be different. Now, I am 30 years old.

A National Conference is about to happen in my country. We have less than 10 per cent participation of people below the age range of 30-40. Others are above 50 and please stretch it to 70 and 80. I do not detest these people. In fact, I am inherently a traditional Yoruba woman and so respect and reverence for my elders are not obligatory, they are mandatory. Yet I think aloud in utter trepidation, anxiety, disdain and disappointment, I wonder iftomorrow will ever come. I stumbled upon this commentary that’s gone viral on social media in this past week and I am convinced that it’s an instructive analysis that should inspire deep thought for the elders, the young and the not-so-young in our country. My thoughts find great expression in the manner in which it informs, provokes and then, enervates. I am sure the ages stated here are not downright inaccurate in terms of the actual dates of birth of some of these Statesmen. Here goes in quote:

“Awolowo (37), Akintola (36), Ahmadu Bello (36) Balewa (34) and Okotie-Eboh (27), Enahoro (27) led the struggle for independence after the death of Macaulay. Only Nnamdi Azikwe was 42 at the time.
In 1966, the first coup was led by: Kaduna Nzeogwu (29) and countered by Murtala Mohammed (28) Theophilus Danjuma (28), Babangida (25), Nanven Garba (23), Sani Abacha (23), Shehu Musa Yar’Adua (23), and brought into power Gowon (32), Ojukwu (33), Obasanjo (29), Buhari (24). Most of the military administrators who governed the states under the successive military regimes, most of whom are governors now, were under 30 years. The brief democratic dispensation which interjected the military interregnums also saw the House of Representatives in particular populated by majority of members under 30 years as well as some senators. Under 30s were also not in short supply with appointments; we have examples of Matthew Mbu who became foreign affairs minister at 23 and Pat Utomi who became a presidential adviser at 27 and so on and so forth.”

These are pertinent, mind boggling questions. Is our generation not good enough for today? If not, why? General Ibrahim Babangida once pronounced some years ago that the youth of Nigeria are not fit to rule this country and I agree with him because we are a generation of leaders, not rulers. Rulers should please stand aside. Leaders build nations and empower their people.

I see that the youth are inadequately represented at this forthcoming National Conference. How do you exclude a people from a discourse that will involve issues that affect their future? Why should we have septuagenarians and octogenarians in their multitude and almightiness representing our interests when several of them are disconnected from the daily challenges that affect us? Is Nigeria merely about politics? What happened to entrepreneurship and dignity in labour?

I am not opposed to their nominations but a fair balance and fine mix of the young and old would have made a phenomenon one of my finest teachers, Pastor Tunde Bakare has coined “Generational Integration” come alive, brilliantly. It would have engendered a cross fertilization of ideas and cross examination plus feedback measure that amplifies the expectations of the next generation. This country as it is is more for us than it is for the old order. People to whom legacies are substantial will be more concerned about what children who will write Common Entrance examinations 10years from now will hear and learn about them.

So indeed, we have sidelined the young people as the consideration for youth inclusion in this National Conference as vividly as I see it is specious, patronizing and meaningless. The National Association of Nigerian Students has 6 slots, the National Youth Council of Nigeria has 6 slots and other Youth Organizations have 6 slots, altogether 18 of the entire 492 delegates. Then, there’s a sprinkling of some pseudo youth, here and there. Please disregard the representation that reflects Associations, professional bodies, labour unions etc. This seems to me as a deliberate effort to ensure that the voice of the successor generation is drowned in the abyss of the majority of the established order because even when matters of great importance may need to be put to vote, I do not see the possibility of our position carrying the day.

I hope the fellows who composed this list of participants for the National Conference know that this is the generation that vote massively in elections- whether it is the side of the decorous and responsible who stay on queues peacefully to vote or the other side of the divide with the brainwashed boys who hijack ballot boxes for pecuniary rewards. All form the youth population. We are the ones that run the SMEs that vitalize our economy, the ones that are indispensable when you have to employ the services of barbers, hairdressers, electricians, carpenters, plumbers etc.

How does a generation hand down generators to us instead of electricity and still brazenly deprive us of our inalienable right to contribute to deciding our future? They say that graduates these days do not speak impeccable English, therefore they are unemployable. Well, we took what we were given; a dysfunctional, decrepit, antiquated, antediluvian education curriculum in a warped system. The fact that one young person has been selected to represent an entire geo-political zone is lip service to the youth and does not tell us that the handlers of the conference understand the concept of change and transformation.

Do we not even see that our problems as a nation differ, state by state? Would it have been too much to get two youth, one female and the other male, to represent each of the 36 states of Nigeria? How come our politicians remember that the youth is a power league only when elections are imminent? Soon, they will commence the Conference and the discussions therein will in no way, favour those of who will be 40 years old 10 years from now while some will be resting peacefully in heaven or hell. Yes, the noble crop of Nigeria’s elders know that some of their contemporaries will end in hell for laying the foundation of gross corruption, neglecting our education system in the doldrums, refusing to work assiduously to industrialize our nation so there can be jobs for the youth and imposing ill equipped, unfit brigands on us as leaders at various levels by masterminding and facilitating rigging of elections.

I am refraining from getting emotional but I wouldn’t become susceptible to sentiments such that I will then bring gunfire to a knife fight. Will our elders even speak up for us or are they just comfortable with titles when they know in their hearts they are not proud of the country they will bequeath to us? Can someone in the room be rational enough to see and think ahead that one day, the poor in Nigeria will have nothing to eat but the rich? That’s for our elders.

As for the youth, I think it is fortuitously auspicious that we begin to equip ourselves with the right education and skills that will make us competitive and capable to take the reins of power and lead Nigeria to glory. It is not enough to complain; the book of lamentations in the Bible was not written for Nigerians. We must frustrate tradition with creativity and bring greater value to the table than our predecessors anticipate. Then we must manage our expectations and switch our style of approach. I do not believe that as a young person, it is in my place to tell an elder that his mouth stinks. An elder’s misdemeanor does not in my opinion strip him of his “eldership”. When we do so, it does not even lend credence to our arguments that we will be better leaders. Courtesy and respect are integral pieces of our civilization; and our adaptability, discernment and adroitness to these dynamics as they play out in our country remain our edge in this ongoing conversation. If and when our generation builds on character and all others mentioned above, we will alter the rules of engagement. The revolution has just begun. 2015, here we come.