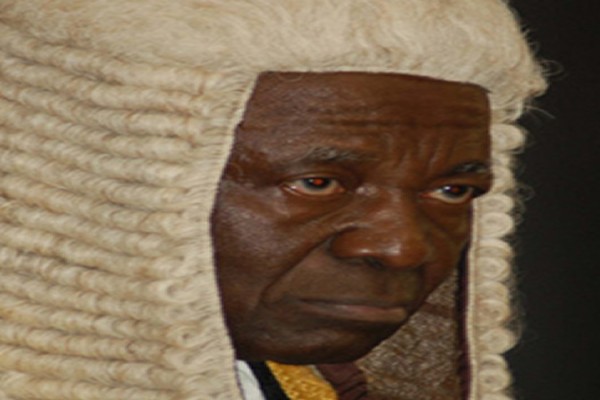 The National Conference on Monday adopted 70 per cent majority as the voting mode to be used in arriving at decisions at the conference.

PREMIUM TIMES had, over the weekend, reported on how the 50-member committee selected by the conference chairman, Idris Kutigi, resolved on 70 per cent. The conference on Monday adopted the committee’s recommendation.

The delegates adopted the resolution at the resumption of plenary in Abuja.

Proceedings at the conference were stalled last week as delegates failed to reach consensus on whether or not to adopt 66 per cent (two-third) or 75 per cent majority as the voting mode on decisions taken at the conference.

The particular issue in contention was Order VI Rule 3 of the Procedure Rule, which provides that any decision in the conference shall be decided by at least a three-quarter majority.

The Rule reads: “Any questions proposed for decision in the conference shall be determined by consensus and when this is not achievable, by a three-quarter majority of the delegates present and voting.”

This necessitated the setting up of the 50-member consensus group by the delegates, to confer with the principal officers, so as to break the deadlock.

Consequently, the conference adjourned plenary on Wednesday, March 27, till Monday, March 31, to enable the consensus group and the principal officers engage in wider consultation on the matter.

At the resumed plenary on Monday, March 31, the Deputy Chairman, Bolaji Akinyemi, presented the report of the outcome of the consultative meeting to the house.

“The committee met on the 25th and 26th March, 2014. Deliberations during these meetings were cordial. Delegates worked in harmony to develop and put into effective use, the spirit of consensus building with the national interest at heart.

“At the conclusion of deliberations, members reached a decision to amend Order VI Paragraph 4, XI paragraph 2 and XII paragraph 4 (e) as follows:

“In the case of failure to reach consensus, the matter shall be decided by majority vote of 70 per cent of delegates present and voting.

“That is the recommendation which that committee is bringing to you, distinguished delegates,” he said.

After his presentation, Mr. Akinyemi, a professor, then called for discussions, but there was overwhelming call for a motion on the recommendation of the consensus group.

Following the unanimous decision of the delegates, Mr. Ayu moved for the adoption of the motion and was seconded by Mr. Attah.

“I congratulate the committee for avoiding the impression of a winner and a loser in this matter. I think we are getting to the point where we are making progress,” Mr. Akinyemi said.

Thereafter, he put the motion to voice vote with the delegates overwhelmingly chorusing “ayes”.

Consequently, the vice-chairman ruled in favour of the motion to adopt 70 per cent majority as the voting mode for the conference.

It was also agreed that the various committees should choose their chairmen and secretaries.

The Draft Rule had proposed that the Chairman of the conference, in consultation with the Vice-chairman and Secretary, should choose the committees’ chairmen and secretaries.