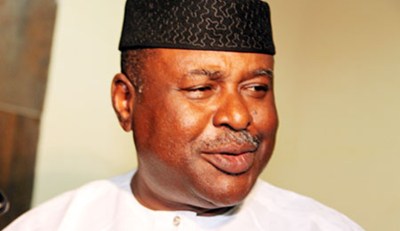 APGA says leadership crisis in the party has been resolved.

A faction of the All Progressives Grand Alliance, APGA, led by Maxi Okwu has written President Goodluck Jonathan to protest its exclusion from the ongoing National Conference.

In the letter signed by three of its officials, the party said it had become necessary to seek the president’s intervention on its exclusion because it was duly invited and requested to nominate two delegates, which was done and their names published in national newspapers.

Those who signed the letter are Mr. Okwu and the party’s National Secretary, Sagir Maidoya. Copies were also sent to the Secretary to the Government of the Federation, Pius Anyim, and the Minister of Justice and Attorney General of the Federation, Mohammed Adoke.

Five political parties, including APGA, which have representatives at the National Assembly, were asked by the government to nominate two delegates each to the Conference.

However, the APGA and the All Progressives Congress, APC are currently not represented at the Confab which began on March 17.

While APC declined sending delegates to the Confab, those nominated by the APGA were rejected by the Federal Government because of the leadership crisis in the party.

The nominees, Mr. Maidoya and Chris Uche, the party’s deputy national chairman, were withdrawn after the party’s faction led by Victor Umeh protested their choice.

APGA, in the letter, asked Mr. Jonathan to intervene to allow the nominees take their place in the Confab.

“We are on notice that the Office of the Secretary to the Government of the Federation advised the authentic National Chairman of APGA Chief Maxi Okwu and our erstwhile Chairman, Chief Victor Umeh to resolve the leadership disagreement in the party vis-à-vis the nomination of delegates to the national conference.

“Sir, the leadership issue in the party has been resolved by both the Federal High Court Abuja and the Court of Appeal Abuja Division while the Federal High Court presided by Justice Abdulkadir Abdu-kafarati upheld Chief Maxi Okwu as the authentic National Chairman of the party on 15th January 2014, the court also dismissed Chief Umeh’s application for a stay of execution of the judgment that removed him from office on 14th April 2014.

“On 29th April 2014, the Court of Appeal dismissed Chief Umeh’s application for a stay of execution of the Abuja Federal High court judgment. The appellate court has reserved judgment in the matter.”

The party said Mr. Okwu remains its authentic national chairman whose nominees should be allowed to participate in the conference, aimed at addressing critical issues and challenges affecting the nation.

“As a key player in the political process APGA is a mass movement and the voice of the voiceless and should participate in this centenary confab that will mould and shape the destiny of Nigeria,” it said.