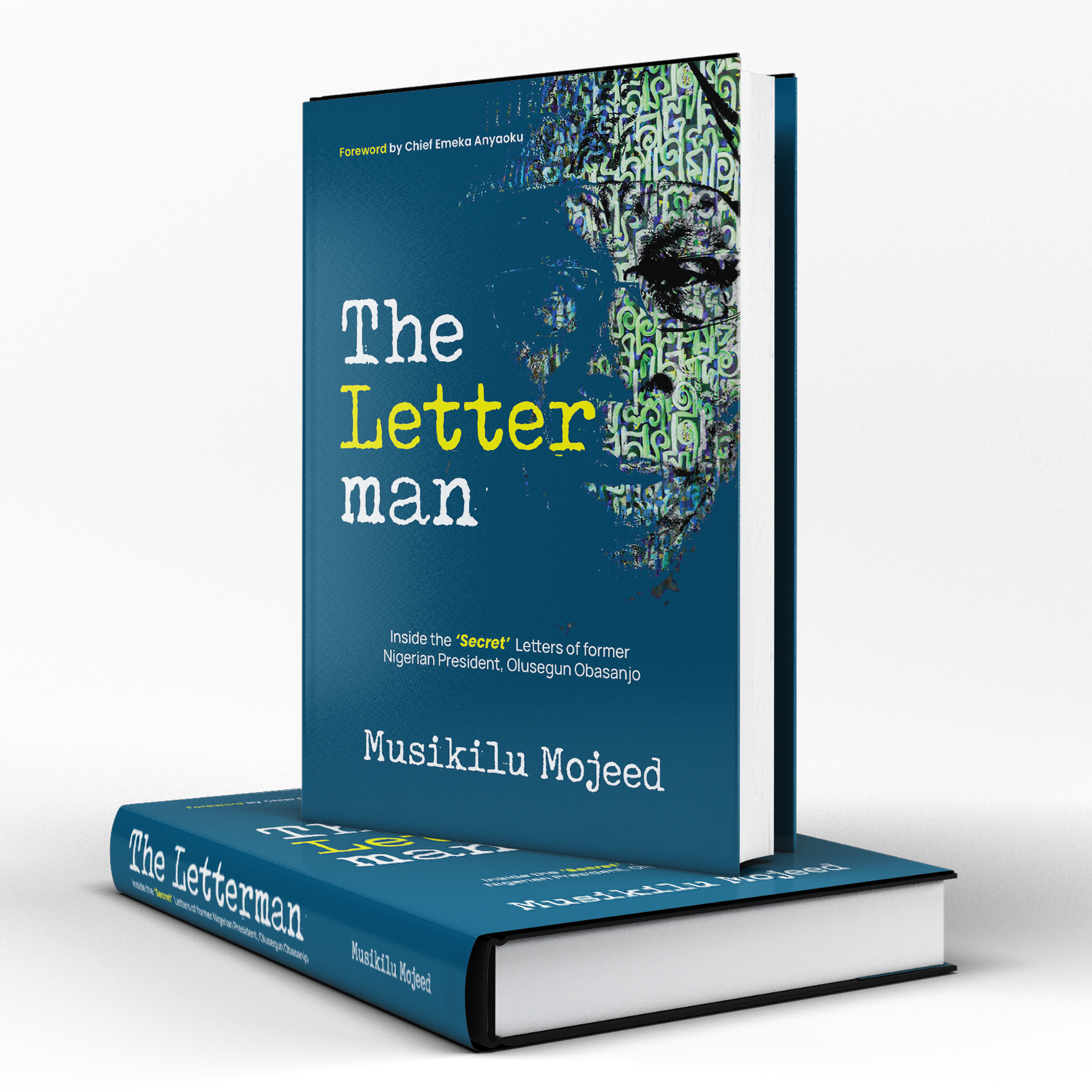 For Shipping arrangements to any part of Nigeria please contact the numbers below after placing your order.

The Letterman: Unveiling Obasanjo and His Nonpareil Roles In History

The Letterman: Inside the "Secret" Letters of former Nigerian President, Olusegun Obasanjois a narrative non-fiction curating some of the most significant and historical letters written by former President Olusegun Obasanjo, which compellingly tell the story of his life, as defined by and is defining of the story of his country, Nigeria and the larger African continent.

This tour de force of historical writing situates Musikilu Mojeed as a witness and skillful raconteur who deftly manages to braid far-flung pieces into a magisterial whole that unveils the attitudes, worldview, relationships, emotional complexity, and stewardship of this enigmatic global statesman, through the correspondences he exchanged with others.

The Letterman is a product of almost seven years of assiduous research, whose chronicle unfolds from the time of Obasanjo as General Officer Commanding the Third Marine Commando and his wartime efforts, through his tenure as military head of state between 1976 and 1979, his continental liberation struggles and political activism from the 1970s to 1999, his civilian presidential term from 1999 to 2007, as well as his post-presidency era.

These letters essentially tell a story that is as deeply personal as it is painstakingly national, and global. This finds no less testament than in the words of Chief Emeka Anyaoku, a former Secretary-General of the Commonwealth of Nations, whose Foreword to the books declares, in part, that, “I believe that the Olusegun Obasanjo letters will find a prominent place in the chapters of Nigeria’s contemporary history as informative insights into the national affairs of the country when they were written. I therefore recommend this book, The Letterman, by Musikilu Mojeed to the reading public.”

Save this product for later
Display prices in: NGN
No Result
View All Result