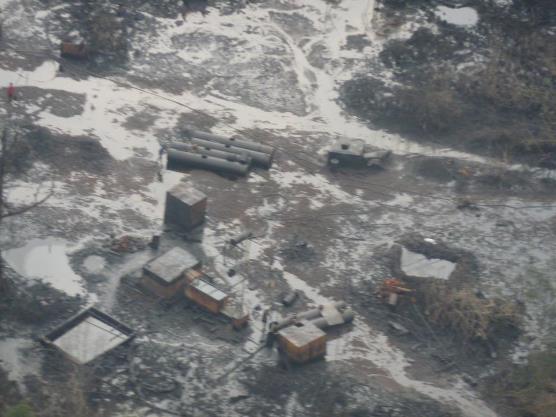 Oil was first discovered in Nigeria in commercial quantity in 1958. From that moment to this time, Nigeria is yet to find lasting solutions to the problem of her oil exploration and local refining of crude oil.

At the moment, Nigeria relies heavily on imported refined petroleum products for consumption due to the fact that most of its refineries are not functioning at optimum level.

Over the years, the Nigerian government made promises on building functional local refineries,without matching such words with action.

President Goodluck Jonathan’s promise to Nigerians of three greenfield refineries as a core focus of his Transformation Agenda, is yet to be realized under his administration.

In yet another promise, the Minister of Trade and Investment, Olusegun Aganga, signed a memorandum of understanding, MoU, between the Nigerian National Petroleum Corporation, NNPC and some foreign investors under an American-Nigerian joint venture to put up six modular refineries at the cost of $4.5billion (about N700 billion), and this is yet to come to

So far, over $1.6 billion has been spent on the turnaround and maintenance, TAM, of our refineries, without a functional refinery on ground. All these are attempts to revert back to the old days when the four refineries were functioning at optimum capacity, and petroleum products were available at affordable prices to the people.

In the midst of the foregoing challenges, communities in the Niger Delta region have come to adopt unconventional technologies in refining crude oil, which they sell, ostensibly to make a living.

Both the federal and state governments have branded these actions as illegal, thereby shutting down the refining plants. The argument of the government is hinged on the fact that the exercise is criminal and leads to pollution and environmental degradation, loss of revenue, as the products are not well refined, which also leads in health disasters, explosions and vehicle breakdown.

In an effort by government to checkmate this act, about 4,349 illegal refineries were reportedly destroyed in diverse operations executed by the Joint Task force, JTF, in the Niger Delta between January and December 2012.

In a complementary action, about 36,584 drums of illegal refined products, 638 pumping machines and 326 outboard engines were reportedly confiscated and destroyed.

In a similar operation, the JTF and the Nigeria Security and Civil Defence Corps, NSCDC, reportedly destroyed 2.24 million liters of illegal diesel in Delta State.

The story is not different in Edo, Delta, Ondo and Rivers States, where soldiers under the auspices of ‘Operation Pulo Shield’, also reportedly destroyed numerous local refineries.

As the government destroys local refineries, branding them illegal refineries, as a justification for its actions, groups such as the Ijaw People Development Initiatives (IPEDI) have argued that rather than destroy such ‘illegal’ refineries, government should allow them operate to create job opportunities for the youth in the region.

They advised government to provide operational guidelines for local refineries, rather than destroying them. They observed that in spite of the destruction of local refineries and branding them illegal, they still exist.

As such, the best idea is for such refineries to be licensed by the federal government and to demand the payment of appropriate taxes.

Corroborating, Peter Biakpara, a former commissioner in Delta state government, does not see any illegal refineries in the Niger Delta region. Rather, what is obtainable in the region is what he branded “local expertise”.

To him, “government has to encourage local refineries, and if government refuses to support and regulate it, it will continue to exist, because those who operate them cannot easily give up, as they are making a living out of it.”

Above all, he also observed that “the giant oil refining companies we have today may have started in crude and traditional forms as those operating in the Niger Delta at the moment.

He was of the opinion that government should play a major regulatory role as it does in other sectors, as against its choice of using the firepower of the state to send people out of business.

Even as government destroys the local refineries in the Niger Delta, the hope of Nigerians in having efficient and functional refineries is still dim.

Recent report from the Special Task Force on national refineries revealed that the number of licenses issued to investors to build refineries in Nigeria has increased to over 28, and in all, yet none of the licensees has the capacity to operate a refinery.

The report also revealed that of the 42 oil refineries operating in Africa, the three in Nigeria are the worst, in terms of efficiency and capacity utilization.

Foreign investors are unwilling to invest in Nigerian refineries as a result of these challenges.

Some key questions that are left unanswered are: going by the need for the Nigerian state to have local refineries that are driven by the local people, should initiatives of crude refining in Niger Delta communities be killed by government? Is there a way the government can establish a framework that will enhance the improvement and promotion of local crude oil refining in the Niger Delta? Are there ways government can

encourage local refining of crude oil by setting regulations that will guide the activities of local crude oil refiners?

If the Nigerian government sees reason to encourage and support initiatives on local refineries by communities in the Niger Delta, investment in this direction will be one of the best options, they argue.

There is a sense in which communities in the Niger Delta are not likely to give up local refinery operations. The trend is likely to continue as those who engage in the act see it as a huge source of livelihood.

For instance, investors in this business make between N2 million (about $12,800) and N10 million ($64,000) every week, depending on the scope of their business.

Those who engage in the distribution of the products make more gains, particularly at the time of fuel scarcity, since they control the retail using boats and canoes to transport the products from one location to another.

Some law enforcement agents like the army and police whose assignment is to checkmate such operations are alleged to have joined communities in the business mainly because of the high profit.

In a sense too, despite several efforts towards cracking down the operators of these ‘illegal refineries’ by the JTF, the number of lorries loading oil from the local refineries continues to increase.

The National President of the Oil and Gas Service Providers Association of Nigeria, OGSPAN, Colman Obasi, observed that: “From all indications and what is obtainable, the war against illegal refineries cannot be won now. In fact, it is far from being won. It has not even started and this is due to the fact that those who engage in the business are still in charge. “

Putting up local refinery no doubt is capital intensive. If Nigeria will have local refinery with good capacity in place, hopes that the challenges and corruption found in the country’s oil sector will disappear are high.

As the Nigerian state takes cognizance of the important role indigenous technology and local initiatives can play in both technological advancement and economic transformation, government is likely to listen to the growing voices of advocates for supporting the local refineries.

The government may start to think in terms of plans to encourage and design policies for initiatives like this in Niger Delta communities rather than branding them illegal and shutting them, using the firepower of the state via the JTF. This can be a dramatic turning point for the restive Niger Delta and the Nigerian state, socially, economically and politically.

Militants in the region are also finding the business lucrative and they are likely to opt for it in place of kidnapping and waging war against the government through militant activities. The business is also likely to thrive more when communities and militants in the region know how lucrative it, thus this is likely to be another area government has to confront Niger Delta region just as it did in the days of militancy.

Audu Liberty Oseni is a civil rights advocate with Centre for Democracy and Development. Follow him on twitter @libertydgreat

Fuelling Poverty: The Story of the Fuel Subsidy Scam in Nigeria

Eagles plead for fair officiating, head for Rustenberg for Ethiopia on Tuesday