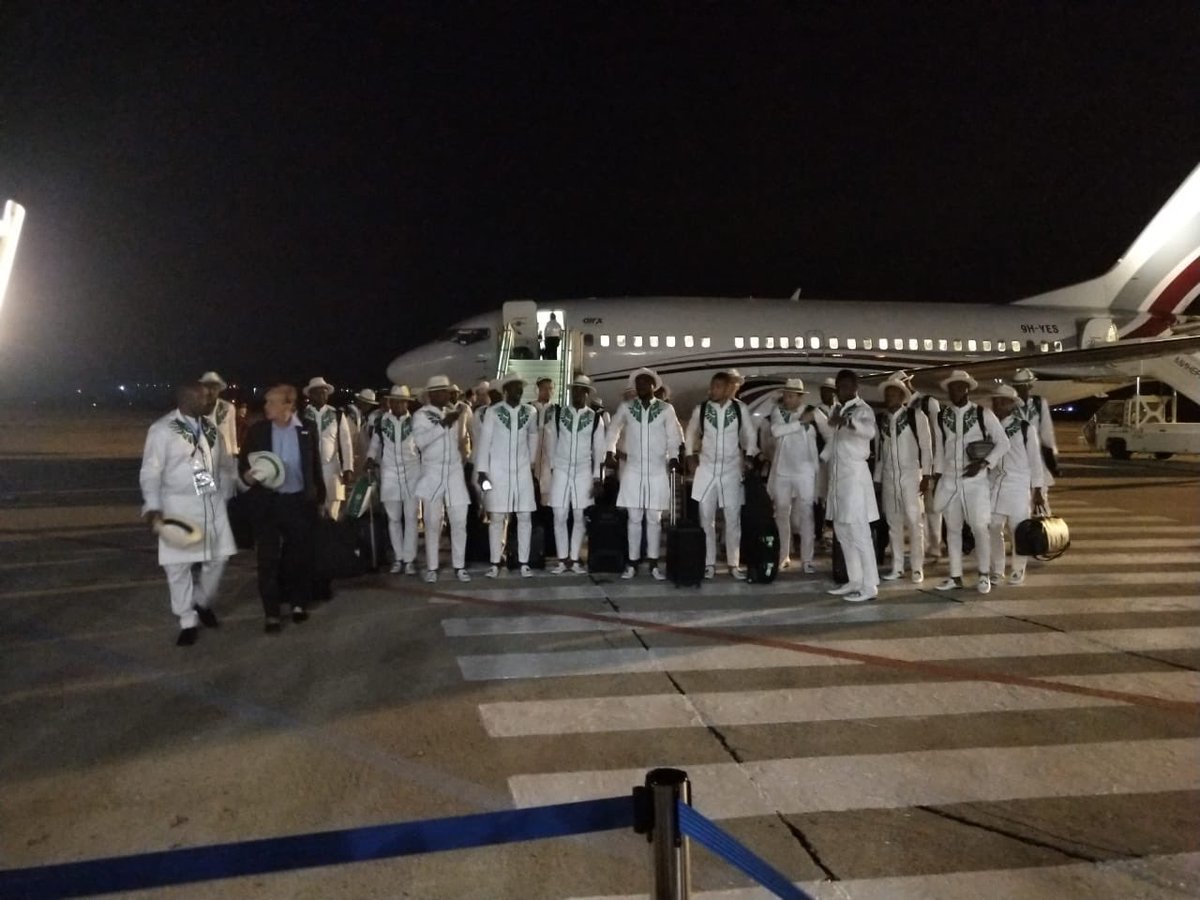 The Nigeria national team, the Super Eagles, have finally arrived in Russia for the World Cup.

The Eagles departed from Austria earlier on Thursday with native attires as they chose to be different from the other 31 teams who were mostly cladded in suits on arrival.

This is Nigeria’s sixth appearance at the World Cup since making a debut show at the USA 1994.

The Super Eagles’ first match in Russia is against Croatia on Saturday, before other group games against Iceland and Argentina.

It is expected that Coach Gernot Rohr and his men will resume training on Wednesday ahead of the group opener against the Croats.