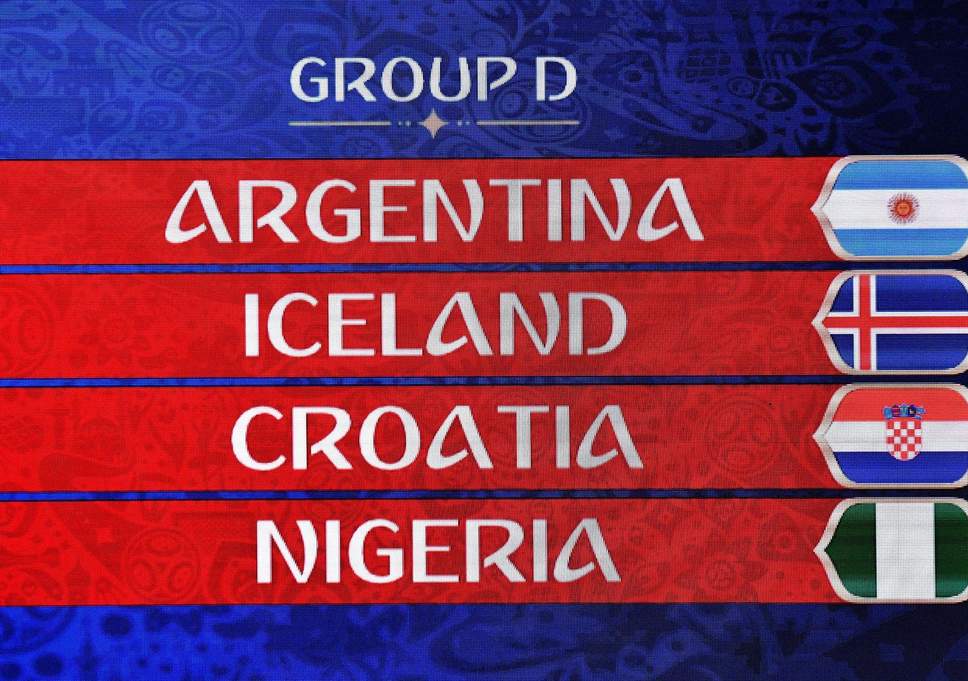 This is Nigeria’s group and it is difficult, with three different kinds of opposition. Argentina have the genius of Lionel Messi; Croatia are blessed with midfield wizardry while Iceland have the steadiest set of players in Russia. Nigeria will field the youngest set of players, inspired by hunger and sense of occasion.

Tournament football is radically different from a league played over 38 weeks spanning nine months. The team that will win the 2018 FIFA World Cup will play seven matches over a 30-day period. Mental, physical wherewithal and fast recuperative powers will help the winner plus a slice of luck and some favourable VAR decisions.

Argentina – The twice world champions have a chance as long as Messi plays well. They did not have a good qualifying campaign but Messi dragged them through – he will be expected to do the same in Russia.

Conclusion: Can this ageing team be inspired all the way to the title by Messi’s genius? Realistically, the answer will be no, but football can surprise and with Messi, anything can happen as they almost won the 2014 edition without setting Brazil alight. A place in the quarterfinal could be the best result.

Iceland – A steady team who will be tactically astute and dangerous from set pieces but should not be able to surprise anyone after their 2016 heroics at the European Championship where they went as far as the quarterfinal.

Conclusion: They had quite an achievement at the European championship. Anything beyond group stage in their first ever World Cup would be a success for the tiny European team.

Croatia – This golden generation seek to emulate the class of 1998 and they have enough ammunition in the barrel except in the central attacking area, where they lack a potent goal scorer.

Greatest display: Third place at the 1998 World Cup in France

Conclusion: They have flattered to deceive so much that it is doubtful that many are wagering bets on them getting as far as the semi-final, which this group can achieve. They have about the best set of midfielders going to the World Cup , but whether that would be enough is another question they will answer when they start off against Nigeria on June 16.

Nigeria – Whenever the Eagles have lost their opening match at a World Cup, they have failed to progress to the second round but the group opponents look a tough bunch for these inexperienced and youthful Eagles’ team.

Conclusion: A talented but inexperienced bunch could justify their FIFA ranking by not making it out of the group because of a suspect defence and a relatively inexperienced set of goalkeepers. If they can utilise their offensive speed and some luck in defending, they could qualify for the second round, which would be a major success.