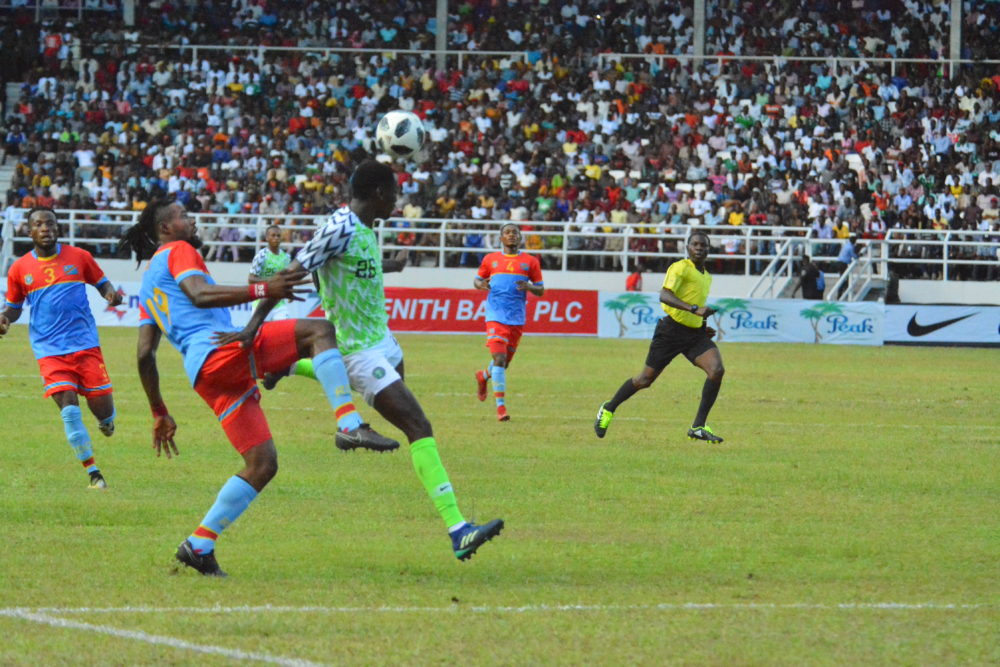 Gangling forward, Simmy Nwankwo, has played his way into the heart of Super Eagles Coach Gernot Rohr and he has been rewarded with a slot in Nigeria’s 23-man World Cup squad.

Nigeria’s 23-man final squad to Russia is to be officially released ahead of FIFA’s June 4 deadline but Rohr has already confirmed that his new striker from the Serie A has made the cut.

“Today, we played Ighalo and he was amazing upfront with his style of play. Last week in Port Harcourt we played Simy and saw what he can offer to the team. He played 90 minutes against Congo but today I decided to bring Musa also in that position.

“Simy is a good striker and offers us another kind of dimension going forward, which did not have,” Rohr concluded.

Simy made a late push into the national team after a series of eye-catching performances towards the end of the Serie A season where he scored 7 times in his last 10 outings.

He will now hope to use the World Cup to launch his Super Eagles career even as there are already reports that some Italian teams including Lazio are looking in his direction.