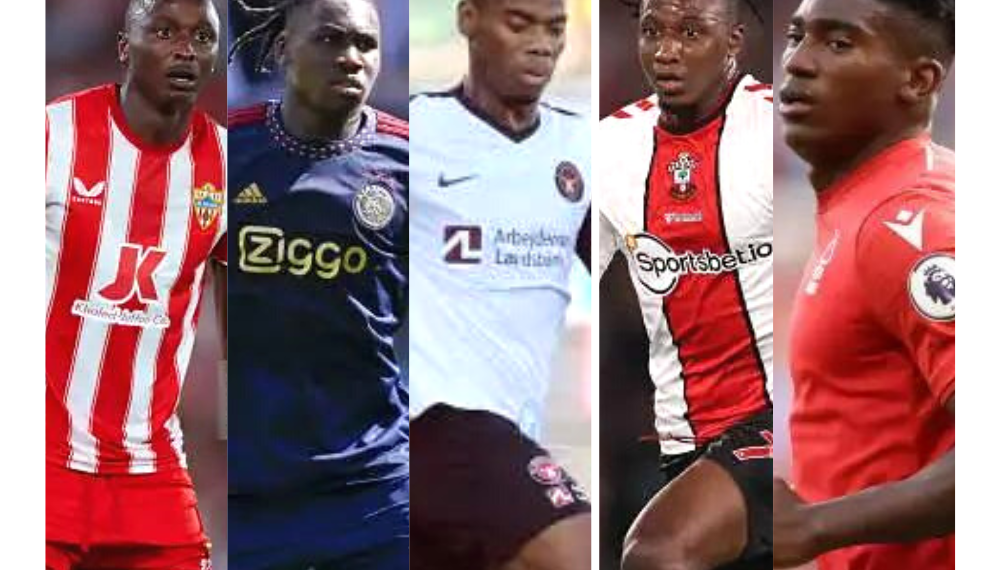 The curtain officially dropped on the summer transfer window across the top leagues, and around the world on Thursday night after a brief summer that has seen some excellent moves and acquisitions.

While some clubs are happy with the deals brokered in this period, some have been left frustrated, having failed to acquire players they had set their hearts on.

Humongous sums of money, especially by Premier League clubs, exchanged hands and players have made trips of many miles across borders to start life in new clubs.

Nigerian players were not left out of all this frenzy, as a couple of them have made moves to other clubs in the period under review.

Though scores of Nigerian players were involved in the summer transfer window, PREMIUM TIMES picked out five of the top moves by the Naija Boys.

It is always heartwarming to see clubs going out of their way for Nigerian players and Awoniyi falls into that category.

After securing promotion to the Premier League, Nottingham Forest knew they would need to score plenty of goals to keep their elite status.

Their first point of call was Germany, where they poached Awoniyi from Union Berlin for a then club-record fee near £17.5m.

The two-time European champions handed the 24-year-old a five-year deal as he became the first international signing of the summer for Forest.

What an honor it was to open my premier league scoring account in a historical moment for this great club! Amazing spirit from the boys backed by the best fans! Glory to God and we go again! 🚀🙏🏾
# when I have you, I have everything# God. pic.twitter.com/K8l4ziEZyJ

Though he has just one goal to his by the fifth matchday-it was an important and historic one as it signalled Forest’s arrival again in the big time. Awoniyi has shown flashes of brilliance; suggesting he would justify the millions of pounds splashed on him.

Out of the Blue, the 22-year-old needed just a breakout season to launch himself into the consciousness of the big teams in Europe.

After the bidding war, Ajax came tops as they splashed a princely €23m with €3.5m expected in add-ons on Bassey

Said to be the fifth most expensive Nigerian player in history, Bassey is undoubtedly the country’s most expensive defender ever and a lot is being expected from him.

Even though Bassey ‘false-started’ with a red card on his official debut, he is already settling down fast to life in Amsterdam and the Eredivisie as a whole.

The expectation is that he could make a name for himself, like his compatriots Finidi George, Kanu Nwankwo, and Sunday Oliseh, among others who represented Ajax in flying colours.

After completing the task of bringing Almeria back to La Liga with his goals, Sadiq was open to new challenges to keep improving.

Though he switched teams, the Olympic bronze medallist opted to continue his life in a familiar terrain in Spain as he opted for Real Sociedad.

Aside from the La Liga duties, Umar will also feature in the Europa League where Sociedad are grouped alongside Manchester United.

Even though a bulk of his moves in the past have been loan deals, Real Sociedad will be the 11th club in six years Umar will be representing.

Seen as one for the future, the midfielder was reportedly on the radar of AC Milan for weeks before the top Belgian side, Club Brugge, finally snapped him up.

Onyedika, 21, signed a five-year deal that would see him stay with the reigning Belgian champions until 2027.

Just after being promoted to FC Midtjylland’s first team, Onyedika had a breakthrough year, which saw him help his team to domestic Cup success.

This season, the defensive midfielder will look to help Club Brugge defend their league title, as well as to qualify them from their UEFA Champions League group,

Brugge are in the same group as Porto, Atletico Madrid, and Bayer Leverkusen.

Outside of the financial details attached to this deal, it was more of a dream come true for the 26-year-old who has literally worked his way to the very top.

Aribo, who joined Rangers from Charlton Athletic in 2019, proved his mettle at Ibrox; scoring 26 goals in 149 appearances, including one in the Europa League final.

Buzzing to have signed for @SouthamptonFC! Can’t wait to get started. Thank you for all your messages! 🙏🏾♥️ #LetsWork pic.twitter.com/84FmF7a2o1

The Saints snapped up the midfielder thereafter on a four-year contract for an undisclosed fee–which means he may stay at St Mary’s Stadium until 2026.

After showing what he could do in the pre-season games, the sleek-footed Aribo has already opened his goal-scoring account for the Saints.

In his first interview with Southampton, the Super Eagles star described his move to England as a ‘dream come true’ while labelling the English elite division as the best in the world.

4 lessons from Serena Williams for sportswomen in Africa