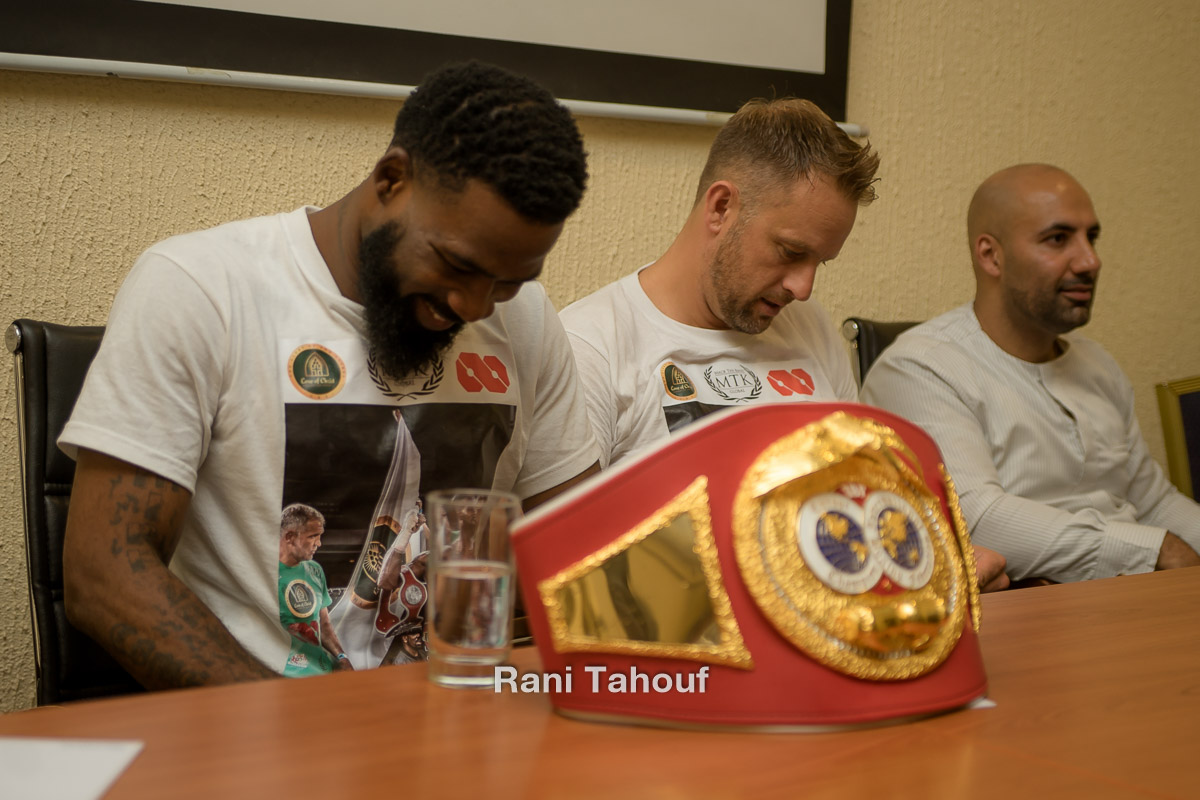 As a 12-year old kid growing up in Lagos, Larry Ekundayo already had the dream of becoming a boxer and not the doctor, lawyer nor engineer his peers would readily say they want to be.

However, the journey to making that big dream turn to a reality has been all but rosy for Ekundayo whose name can be translated as ‘tears turning to joy’.

Ekundayo who arrived in Lagos on Monday from the United Kingdom ahead of a six-day tour in Nigeria told PREMIUM TIMES he is grateful for the initial setbacks he has been able to conquer and where he is now.

He also expressed optimism that with the kind of support he is now getting and the more backing he is working towards, he is very sure of still going far even at 36.

“I don’t just believe; I know I will still go very far, if there is someone like Bernard Hopkins who at almost 50 was beating young prospects, then I can do better,” he said.

Before relocating to the UK where he is now based, Ekundayo fought his way and was able to represent Nigeria at the 1999 All African Games as well at the 2002 Commonwealth Games but he was unable to make it to the Olympic Games thereafter.

“I would not say I regretted not winning any medals at these events… you live and learn, I learned from every defeat I suffered in my amateur career, yes I was disappointed but no regrets,” Ekundayo stated.

After honing his skills as an amateur boxer, Ekundayo soon turned pro and for him, his professional career has been rewarding and making up for the former disappointments and heartaches.

“I remember trying to go the Olympics back then for Nigeria but it didn’t work out, as a pro , I am making up for all the disappointments as an amateur and I am grateful to God and those that are supporting me,” he said.

Ekundayo shot into the limelight when he won the African Boxing Union Welterweight, ABU title in 2015 but he recounts that it was a tough period in his life and needed to dig deep to become a Champion.

He said: ‘I think I was out of action for like two years before that fight because my youngest daughter was diagnosed of cancer, but I came back strong to do what I have to do, that is my message for the youth that they should not be deterred by any situation they find themselves but make the champion in them come out.”

After his ABU title, it wasn’t all smooth sailing for Ekundayo who admitted it not being easy combining working for a daily living and professional boxing together.

Things have however, gotten better for the boxer following the support he now has from the General Overseer of the Love of Christ Church, London, Rev. Mother Esther Ajayi.

Mrs Ajayi hosted Ekudayo in Lagos on Monday with several young people in attendance to learn from the resilience of the boxer who weathered the storm into stardom.

The first fruit from the massive support offered Ekundayo by the Love of Christ Church, LOC is the European International Boxing Federation welterweight which the boxer assures is the first of many still to come.

“No disrespect to the former champion who I defeated but sincerely with the support I got from LOC, it was very easy for me to win, that kind of support has been missing for me for several years but I thank Mother Esther for coming to my rescue”

Still hoping for more support coming through, Ekundayo who is billed to visit President Muhammadu Buhari, Lagos State Governor, Akinwunmi Ambode and former Lagos Governor, Bola Tinubu during his Nigeria Tour said he already has his plans at helping the glory days of boxing return to Nigeria.

Among other things, Ekundayo said he is looking to setting up boxing academies in Nigeria and London where he can groom fighters to fight across the world.