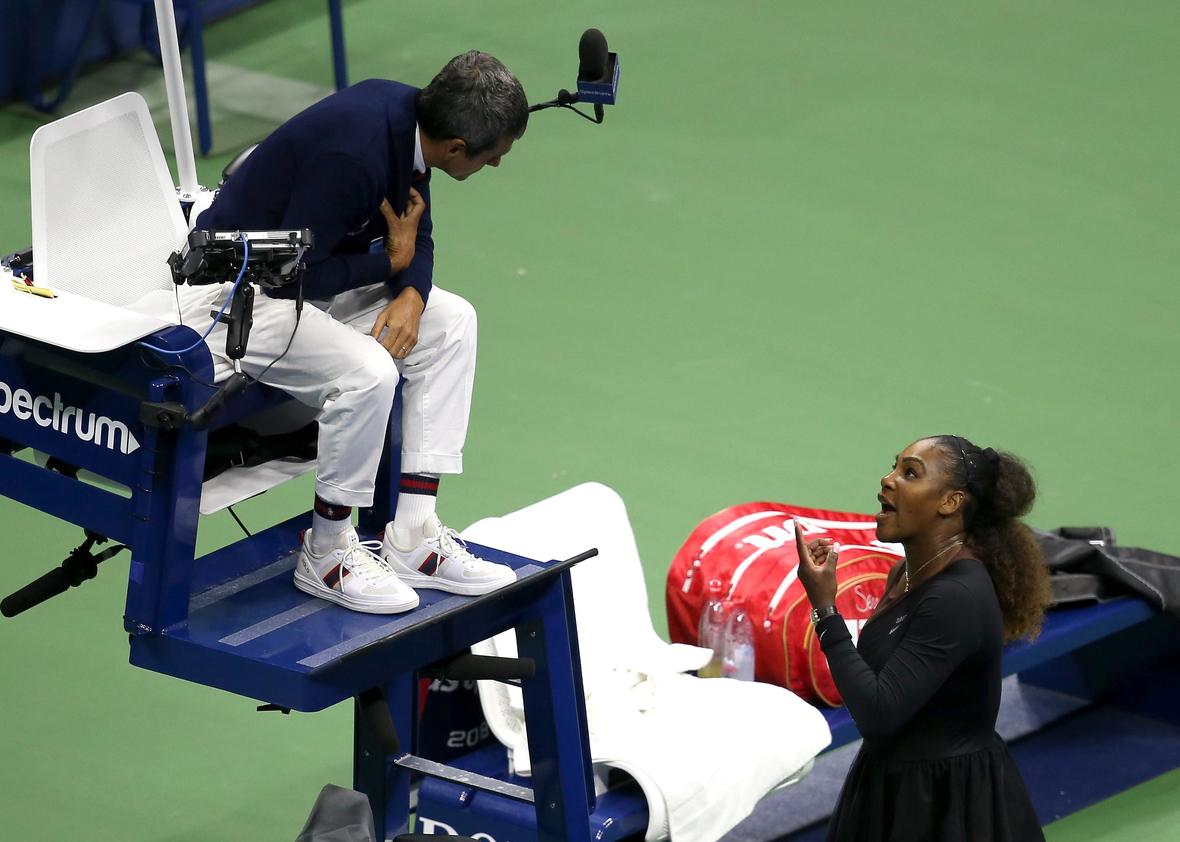 ANALYSIS: Sexism and Serena at the US Open

Serena Williams has a one-year-old daughter and has defied the odds to reach the final of the last two Grand Slam tournaments – Wimbledon and the US Open, but has unfortunately lost both.

On Saturday at Flushing Meadows, she lost to one of her adoring fans, Naomi Osaka 6-2 6-4 but events, especially in the second set has taken away from the excellence of Osaka in that final match and cast shadows on the regulators, umpires and the rules and regulations that govern the sport.

Was Chair Umpire, Carlos Ramos, wrong to have followed the rules stringently? No. Did Williams take the drama too far? Yes.

The three calls Ramos made were according to the rulebooks. A rule is a rule whether people partially or stringently follow it. The behaviour of people will change but the rule cannot change, it can be rewritten to make it clearer or broader.

Williams’ rant was unexpected and the clear cause was that she was not playing well and she knew it. She will forever be one of the greatest women athletes with her drive, endurance and the ability to bounce back but to cause Saturday’s drama was entitlement personified.

In her post-match press conference, she said: “I’ve seen other men call other umpires several things. I’m here fighting for women’s rights and for women’s equality and for all kinds of stuff.

“For me to say “thief” and for him to take a game, it made me feel like it was a sexist remark. He’s never taken a game from a man because they said “thief”.

Really, Serena? If you had called Ramos that anywhere else apart from the court, you would have received a slap! The only crime Ramos committed was that of following the law to the letter and apportioning the punishment as described in the rules guiding the game.

She continued: “I just feel that I have to go through this as an example for the next person that has emotions, and that wants to express themselves, and wants to be a strong woman.

“They’re going to be allowed to do that because of today. Maybe it didn’t work out for me, but it’s going to work out for the next person.”

A former tennis player, Sue Barker said she could not understand why different standards have applied to ranting men and a ranting Serena.

“Serena has a point in the fact that I’ve sat courtside watching the men ranting at umpires and they haven’t been given a code violation,” Barker told the Daily Mail.

“We saw Alize Cornet being given a violation last week for changing her shirt on-court then, in the same tournament, Mohamed Lahyani gets off the umpires’ chair to talk to Nick Kyrgios and persuade him not to give up. They have to look at the rules of what is allowed and what isn’t.”

If rules are not enforced on human beings, we would have a chaotic world where everything and anything but that must not be allowed to happen.

The society does not need for it to work out like this. What the society needs are people who will follow the rules and when their rights are seemingly infringed on, they take the proper course of action.

The pressure of winning a historical 24t Grand Slam title can be enormous but that does not excuse Williams’ despicable and aggressive behaviour towards the umpire on Saturday.

Martin Samuels, writing in the Daily Mail captured it succinctly: “So Serena Williams has a daughter and a demanding job that she is brilliant at, but then so do a great many women. But it’s a baby, not a get out of jail free card.”

She continues to be lauded for having a daughter and then returning to the tennis tour at 36 but her daughter, Olympia would not have been proud of her mom on Saturday if she had been able to understand what happened.

Ms Williams has been fined $15,000 but that is not the point – she needs to ‘man’ up and offer contrite apologies to Ramos. He was just doing his job just as she was doing hers!

Seychelles Match: The five things we learned about Super Eagles