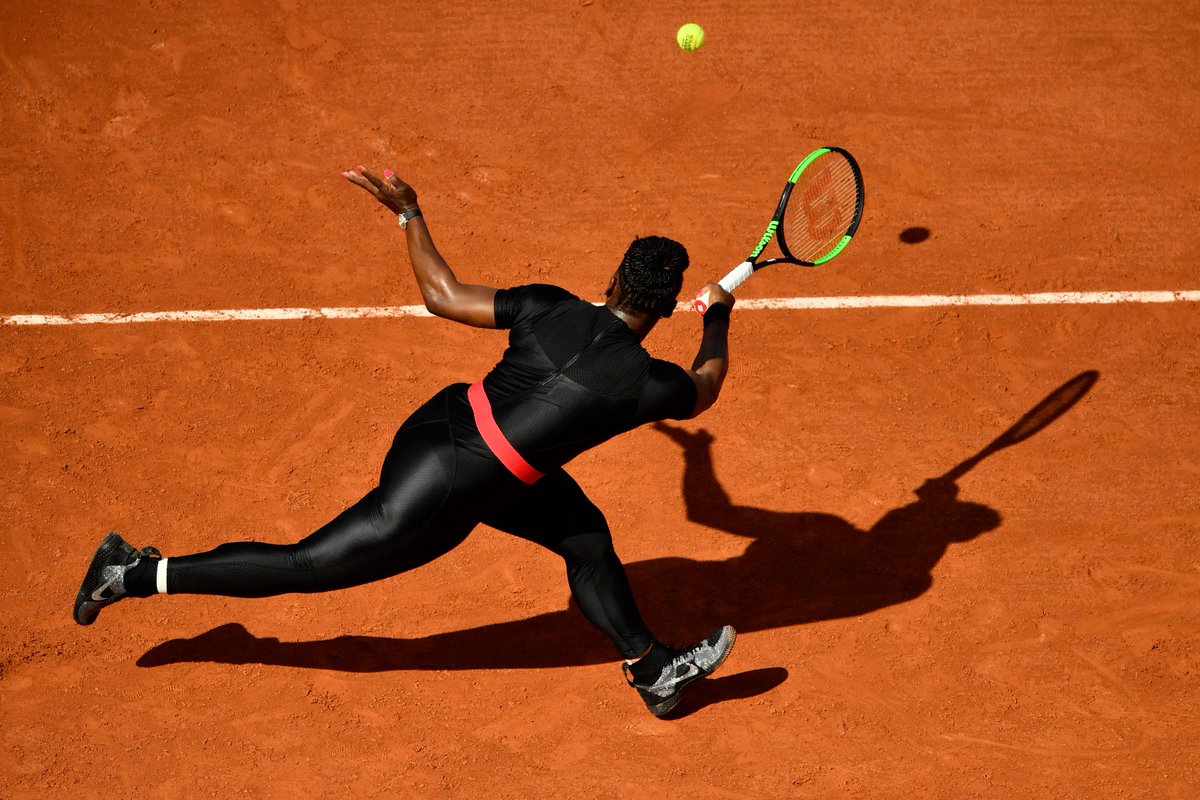 Serena Williams strode into the Phillipe Chartrier court on Tuesday in a body-hugging black body suit and she needed some Black Panther moves to battle past Kristyna Pliskova 7-6 6-4.

In her official comeback to Grand Slam competition, the former World No.1 needed a tie break in the first set that stayed on serve all the way to the end.

Pliskova had an early break in the second game of the second set to take a 2-0 lead but Williams broke straight back. Williams then broke Pliskova in the fifth game for a 3-2 lead.

Pliskova also broke to tie the game at 3-3. Williams broke in the seventh and held in the eighth to set a 5-3 lead, which she converted on serve to win the second set 6-4.

Coming into the second Grand Slam of 2018, Williams had slipped to 451 in the world and by beating the 70th-ranked Pliskova showed her present ranking does not accurately reflect her status.

The three-time French Open champion and 23-time Grand Slam winner will next take on Australia’s Ash Barty in the second round.