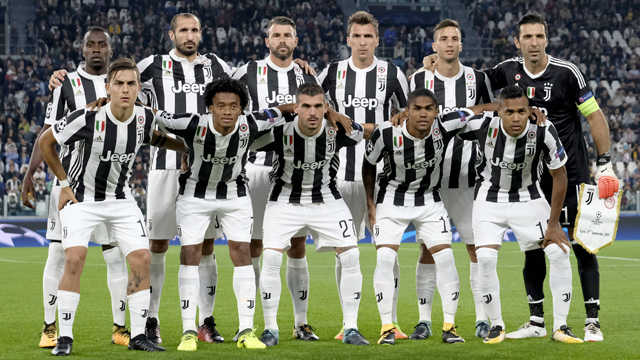 UCL Preview: Dybala can be Juventus’ joker against Tottenham

With two away goals in the kitty, it is safe to assume Tottenham hold most of the aces when they welcome Juventus to Wembley Stadium on Wednesday. But Juventus showed last weekend that they have a joker in Paolo Dybala, who missed the first leg.

Tottenham have not lost any match in 2018 while Juventus have only conceded twice this year – the two goals scored by Harry Kane and Christian Eriksen, in the first leg. Dybala scored in the 90th minute away to Lazio on Saturday and the same scoreline on Wednesday would eliminate the Londoners.

Massimiliano said the Bianconeri must play against Tottenham as if it is a final. “I don’t know how Spurs are going to play tomorrow. We’ll have to be a lot better technically than in the first game, particularly the second half. For us, it’s like a final.”

Harry Kane will pose the greatest danger to Juve’s ambitions, a fact the Italian team’s captain, Gianluigi Buffon acknowledged. “With his physical strength, Kane is able to do things he never thought he could do. At the moment he’s among the top two or three strikers in the world.”

For Tottenham’s captain, Hugo Lloris, the Londoners were lucky in the first leg, especially with Gonzalo Higuain’s penalty miss on the dot of halftime. “We were nearly out of the competition. If they’d scored a third goal before halftime, it would have been very difficult. We turned the game and were very pleased with the result.”

“Spurs wobbled for the first 10 minutes in Turin, Pochettino revealed at the pre-match press conference. “Of course, always you need some luck. When they missed the penalty it was a massive boost for us. We’ve talked a lot. We are ready to compete and to enjoy.”

Now Spurs believe they can take the next step in Europe by edging Juventus for a spot in the quarterfinals. “The main target is to reduce the gap with the best clubs in Europe,” Lloris added. “Step by step, we’re trying to make something strong in this club, not just for one or two seasons, but for the future.”

Juventus brought Higuain to London and he trained successfully at Wembley on Tuesday but Allegri will be without Carlo Pinsoglio, Mattia De Sciglio, Federico Bernardeschi, Mario Mandzukic, and Juan Cuadrado. The only absentee for Mauricio Pochettino is Toby Alderweireld

Words before the War

“I am confident that the team is mature enough …We are in very good form and we’re going to try to achieve big things until the end of the season.” – Mauricio Pochettino, Tottenham manager

“These games at the highest level are all about taking your chances. We had a tough game against Lazio on Saturday. Dybala took the chance at the end. There’ll be more space tomorrow, more room and more chances. The important thing is to be very careful in defence.” – Massimiliano Allegri, Juventus manager