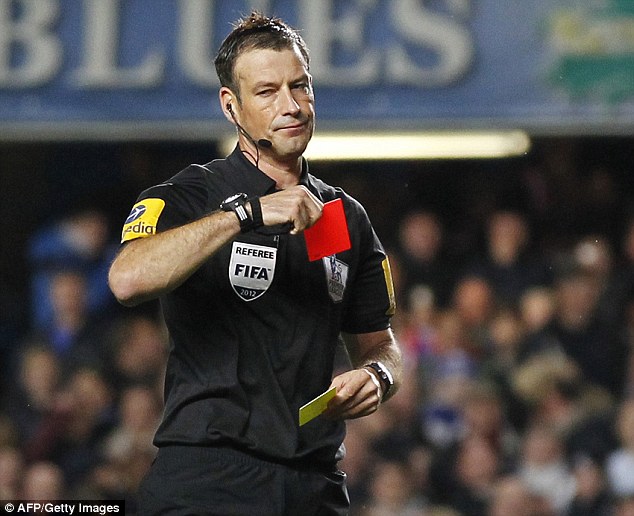 Why football referees’ decision will no longer be final

Football has always depended on the humanness of the centre referee and his assistants. And just like all of us, they make mistakes though the difference is that more eyes are trained on their mistakes with numerous playbacks from different angles possible options.

As the money in the game has grown, so has the focus grown on the arbiters of the game. Referees are fitter than in the 70s and 80s, while footballers have grown wiser.

The richest league in the world, the English Premier League, threw up so many refereeing mistakes during the festive season that Arsene Wenger blurted out that England would not have a referee at the 2018 FIFA World Cup. Whether that is a curse or a conjecture that will be defined in the nearest future.

Football’s governing bodies–FIFA and IFAB have placed this ignominy by the deployment of VAR at the top of their January 22 agenda.

They want to flush out refereeing mistakes, which would mean that refereeing decisions would no longer be final. Who would that help? And, would it take away from the heart-rending nature of decision-making in the game?

Surely, referees have a thankless role in football.

Taking a page from Wenger’s rant–he wants quick but credible decisions–one that watching replays 10x times does not solve?

“It’s not [appropriate] anymore, in 2018, that the guy calls a player, speaks half a minute, or a minute to him, to say, ‘Look, you have to behave properly.’ That is gone.

“That is not the rhythm of a modern society. People want crisp, sharp action, and the referee has to make sure that that happens.”

What Wenger is saying is referees need all the help they can get to make quick and accurate decisions. But will VAR stop the controversies? How many decisions will be made by VAR per match? Would the managers on the touchline be able to demand VAR deployment on some decisions or would every decision be superintended by VAR?

The VAR (video assistant referees) technology has been in use in Italy’s Serie A with varying responses. While some like Udinese owner, Giampaolo Pozzo, believe VAR will wipe out Juventus’ advantage, Lazio manager, Simone Inzaghi, says VAR is taking emotion out of the game.

“My verdict is absolutely negative,” Inzaghi told Reuters. “Because it takes the excitement out of football; players don’t hug each other after scoring a goal anymore, instead they look straight towards the referee.”

Inzaghi added: “It takes the excitement away from us and the fans. For me, it is removing the adrenaline and my enjoyment of football.”

Pozzo, at the beginning of the Serie A season, said, “VAR will be a big relief for most of the situations with irregular goals and penalties in Serie A. We just have to give it time till they can perfect the system and not take so much time.”

Some have mentioned the intermittent pauses it causes in games but that is already a part and parcel of the game with referees booking players for time wasting.

There will always be pauses – for fouls, corner kicks, throw-ins, substitutions, though the only gray area would be ensuring some players and teams do not use VAR to undermine their opponent.

Wenger continues of VAR: “It is inevitable because the referee can get help and become more efficient. If somebody upstairs quicker than he does, tells him, ‘Go, let it go’, that’s what we want.

“It’s not that he walks down the side of the pitch and watches a screen, and the people in the stand freeze up there until he has made a decision.

“That’s not what we want. If it’s [like] that, I personally am against it,” Wenger declared.

Definitely, it will take time to fully adjust to the ‘robotication’ of football decisions.

But some rules also need to change to give a better understanding so that referees can better interpret the game.