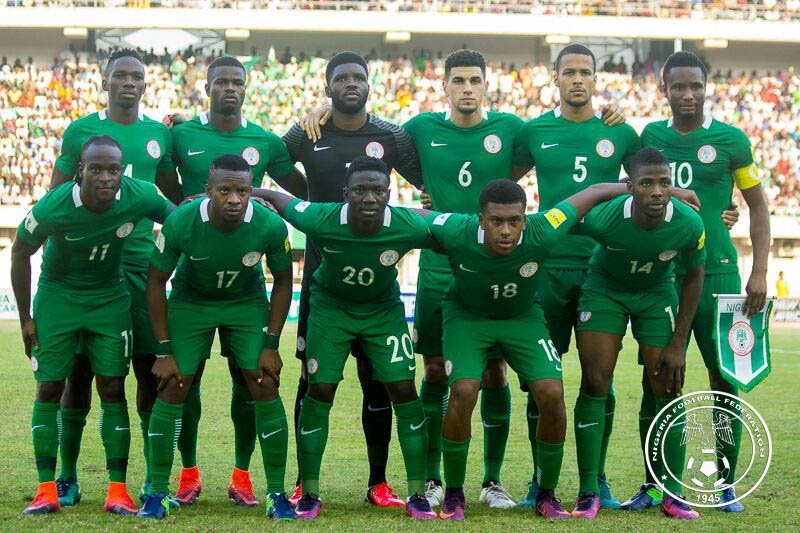 2018 World Cup: What you should know about Nigeria’s group stage opponents

The Super Eagles of Nigeria have been drawn to face Argentina, Iceland and Croatia in Group D at the 2018 World Cup beginning June 14 in Russia.

The draw was made by FIFA before a global live television audience at a glittering event in Russia Friday evening attended by football administrators and former stars from across the globe.

The Super Eagles’ coach, Gernot Rohr, reacted to the draw with cautious optimism.

The experienced and much-travelled coach said he believes Nigeria will have a good start to the competition if they get a favourable result against Croatia in the group’s opening game on June 16, 2018.

“It’s the first game and if we start well we can have a chance to go through. Croatia will be the most important game because they have technical quality and play very good football.

“At the moment, they are one of the best teams in Europe and beat Greece 4-1 in the play-offs so we have to be prepared and ready for them.”

According to Rohr, if the Super Eagles win their first game in the group, it will ease the pressure and help them against Iceland in the second game.

Here, we look at the Super Eagles and the three teams standing between them and progress to the knockout stage in Russia.

This will be Nigeria’s sixth appearance at a World Cup – and their third in a row. The Super Eagles have reached the last 16 three times – 1994, 1998 and 2014 – but have never advanced beyond that stage.

Captain John Mikel Obi is the most experienced member of the squad with 80 caps and will be a key figure for the Super Eagles in Russia. This will be the former Chelsea midfielder’s second World Cup – the 30-year-old helped the team reach the knockout stages in 2014 for the first time since 1998. He now plays in China with Tianjin Teda.

Who is the Coach?

Gernot Rohr has managed all over the world. From Nice to Gabon, Burkina Faso to Nigeria, the 64-year-old German has extensive knowledge. Rohr played at Bayern Munich and Bordeaux. He then coached Bordeaux when they lost to Bayern in the 1996 UEFA Cup final. His previous managerial jobs also include French club Nantes, Young Boys Berne in Switzerland, Tunisian side Etoile du Sahel and the Niger national team.

Messi, who has been voted the best player in the world on five occasions, scored a hat-trick in the last round of the South American qualifying series against Ecuador to take Argentina to the finals.

He guided Chile to the Copa America in 2015, became Argentina boss in May 2017 and succeeded in his first task – to ensure Argentina qualified for the World Cup when at a point it incredibly looked as if they were in danger of missing out.

Background: They will be the smallest nation at the competition with a population of less than 350,000. Iceland are heading to their first World Cup after victory over Kosovo on October 9secured their place in Russia. This is clearly a golden era for the Icelanders after they reached Euro 2016, where they memorably defeated England in their second-round tie before losing 5-2 against hosts France in the quarter-finals.

Key player: Everton’s Gylfi Sigurdsson. The 28-year-old midfielder scored the opening goal against Kosovo and is a superb striker of the ball from long range.

Heimir Hallgrimsson, 50, is a dentist who was in joint charge of the team in France alongside Swedish veteran Lars Lagerback. Hallgrimsson took sole charge after Euro 2016 and presided over a successful qualification campaign.

Croatia gained admission to FIFA in June 1993, meaning they were too late to compete for a place at the finals in the United States in 1994. However, they qualified for the finals at the first time of asking at France 98 and have reached all but one of the five tournaments since. Their best performance to date remains their first, when Davor Suker, Zvonimir Boban et al helped them to a third place finish after losing to hosts and eventual winners France in the semis.

Key player: Luka Modric – once of Tottenham, now at Real Madrid – is the creative force at the heart of the Croatia side. Blessed with superb touch and vision, the 32-year-old has won the Champions League three times with his current club. He recently clocked up a century for his country, for whom he has scored 12 times.

Zlatko Dalic’s reign as Croatia national team boss has been short and sweet thus far. He only took over in October 2017, replacing Ante Cacic, who left with one qualifying game left and the country at serious risk of failing to make the play-offs. Dalic led Croatia to a 2-0 win in Ukraine in his first game in charge to seal a play-off spot, where they dispatched Greece 4-1 on aggregate. A midfielder in his playing days, he spent the first seven years of this decade coaching in Saudi Arabia and the United Arab Emirates.

Nigeria versus Croatia will come up on Saturday, June 16 at Kaliningrad stadium.

Why Igbos will ‘massively’ vote for Buhari in 2019 – Kalu