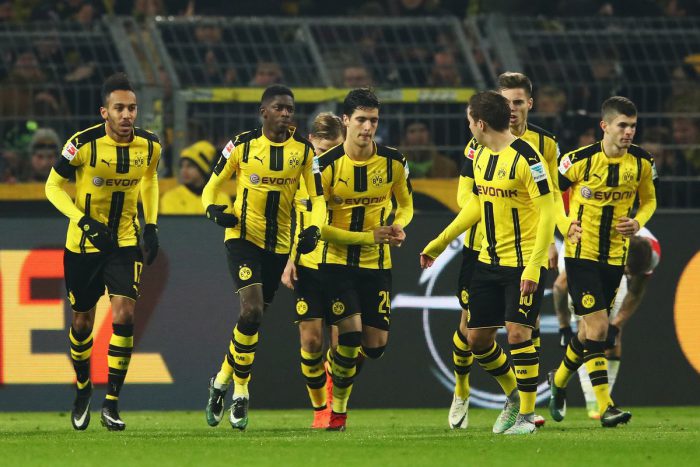 The group stage of the 2017/18 UEFA Champions League kicked off on Tuesday and as is common with the world’s premier football competition – there were highlights and show reels; not forgetting Lionel Messi and Cristiano Ronaldo. Here are nine things you may have missed.

Messi is Barcelona
Yes, they sold Neymar, which has challenged the whole club but there will be a catastrophe if the Catalans sell Lionel Messi. The Argentine is Barcelona and I wouldn’t want to be a Barcelona fan when Messi, inevitably, has to retire. He started against Juventus on Tuesday having never scored against the legendary Gianluigi Buffon, but he ended the match with a brace and Juventus well beaten. Having been unable to score in 180 minutes of action last season – he just went up a gear.

Debuts goals for Lukaku and Firmino
Romelu Lukaku and Roberto Firmino, even though established internationals for Belgium and Brazil, had never played in the Champions League. The two players opened their accounts on Day 1. Firmino could have had a brace but hit his penalty against the post as Liverpool fought back to take the lead against Sevilla then squandered their lead to end the match 2-2.

Group stage should be leaner
Really, should we still be having teams mauled 5-0 or 6-0 in the money-spinning group stage? I do not think so – games should be tight to bring out the best in the players with moments of inspiration and magic at a premium. Qarabag made their first appearance and got crushed in London while Celtic have seemingly gotten used to being beaten black and blue!

Pep has an agenda
It took less than two minutes for Manchester City to show their intentions in this season’s UCL. Though John Stones’ header had fortune on it as it trickled through Vilhena’s legs – it was perfect for Pep Guardiola to win his first UCL away game with the Citizens since he took over the reins last season. Their display against Feyenoord was one of speed and strength and other opponents would have taken notice of Pep’s agenda.

Kane has at best 2 years at Spurs
If Tottenham do not win a major title in the next 24 months – they will lose Harry Kane to a bigger and more glamorous European side. The striker who does not score in August bulldozed his way to two goals for Spurs against a very competent Borussia Dortmund. He could have had more but his brace proves that he is definitely now one of the top-5 No. 9s in Europe. The 24-year-old reached the 100-goal mark for his club faster than Neymar, Thierry Henry, Messi and Cristiano Ronaldo. Pochettino, watch your back!

Klopp needs to learn game management
Gung-ho football is good to watch and continually excites the crowd but more often than not – it does not give positive results. After Mohamed Salah’s shot deflected into the Sevilla net on 37 minutes – all Liverpool and Jurgen Klopp should have done was manage the last 53 minutes, but they could not! They conceded an equaliser to Correa with 18 minutes left on the clock. The Spaniards promptly shut up shop to take a prized one point. Klopp must better teach game management to his players to achieve his dreams with Liverpool.

Ronaldo breaks another record
Cristiano Ronaldo is a serial record breaker. Even if you do not like the gelled hair, polished looks, and model body, the Portuguese is up there with the pantheons of the game. Serving a five-game suspension in La Liga, Ronaldo vented his frustration on APOEL Nicosia on Wednesday.
He made his 136th start in the Champions League eclipsing Raul’s total of 135 starts to become the competitions’ most capped outfield player. He also scored a brace to keep up the six-year tradition of scoring in Real Madrid’s opening Champions League fixture.

UCL needs VAR quickly
Technology is supposed to help human failings and how it would have helped Borussia Dortmund on Wednesday at Anfield when Pierre Emetic-Aubameyang had Dortmund’s equaliser wrongly chalked off because the assistant referee ruled the Dortmund striker was offside when he struck the half volley past Loris Karius. A Virtual Assistant Referee [VAR] would have over-ruled that assistant referee.