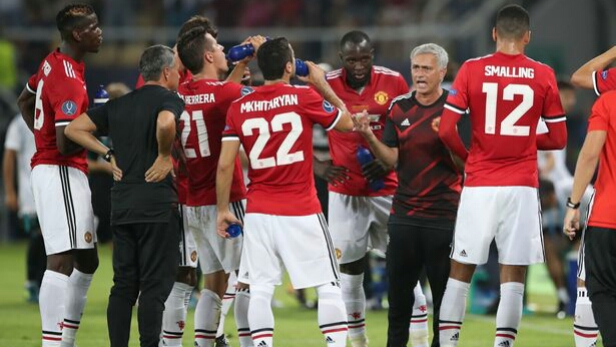 The numbers three [3] and five [5] are the most important numbers when table toppers, Plateau United host second placed MFM at the Rwang Pam Stadium. Three points separate the two teams with five games to go in the season. While Plateau went away and collected a point off Kano Pillars, MFM had to settle for a home point against Enyimba.

A win for Plateau would move them closer to a title that has been sought for 33 years while a win for MFM would mean they move closer to a first title in just their second season in the top flight.

Plateau United have won 15 of 16 home matches thus far while MFM have lost in 11 of their 16 away outings – a pair of stats that points to a Plateau win with MFM without their top scorer, Thompson Odey and influential winger, Sikiru Olatunbosun.

No matter how this is played, Jose Mourinho wants an opening day victory at Old Trafford to say a bye-bye to last season’s stats in which his team drew 10 of its home encounters.

Many pundits have posited that West Ham manager, Slaven Bilic, would be one of the managers to lose their jobs in the new season. And like Mourinho said after the 2-1 loss to Real Madrid last Tuesday – not many teams will have the quality of the European champions – definitely not the Hammers.

This match also sees the return of Javier Hernandez, otherwise known as Chicarito, whom Mourinho said he would not have sold as manager of the Red Devils. Whether he would be able to add to the 37 league goals he scored across five seasons at the Old Trafford side remains to be seen.

The home-based Super Eagles will be facing the Squirrels of Benin Republic on Sunday in the first leg of a CHAN qualifier.

One advantage for the Eagles is that the Squirrels have not scored more than one goal in their last five matches as they had to overcame Togo on penalties after their second leg encounter ended 1-1.

Even though the Eagles lost their last match – the home-based side should be stronger than many on the continent because of the relative strength of the Nigeria Professional Football League.

The £189 million has been paid and the papers filled – Neymar should make his debut on Sunday away to Guingamp, in what could be a tricky encounter for the cash-rich Parisians. PSG lost at the tiny Brittany side last season and their manager, Antoine Kombouare, has said it would be a greater victory with Neymar present.

“Honestly, it will be better if he’s there. Much better, I think. Beating PSG with Neymar would be even more resounding. It will certainly be more difficult, but we love a challenge. The tougher the challenge, the more alluring it is.”

Guingamp beat Metz away last weekend with 19-year-old Ludovic Blas putting in a wonderful performance but will they be able to withstand a Neymar-led PSG attack on Sunday?