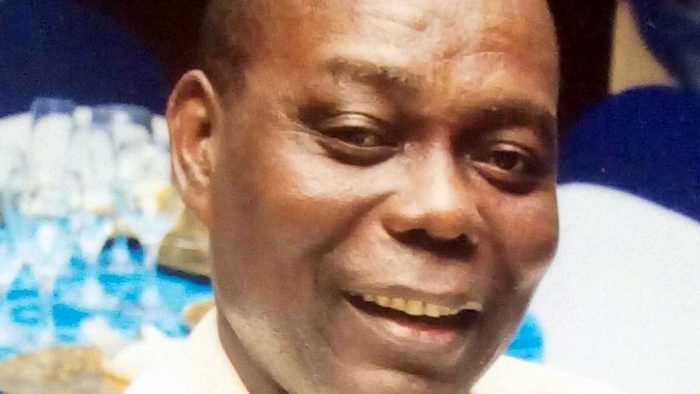 The Super Eagles of Nigeria made an unforgettable debut in the FIFA World Cup with characteristic swagger. In a sweeping 22nd minute move, fleet-footed Finidi George sped down the right wing and put a low cross that danger-man Rashidi Yekini tapped into the Bulgarian net for Nigeria’s first-ever goal in World Cup history. Yekini ran into the goal, shook the net maniacally with upraised hands, uttering words nobody has thus far been able to decode. Yekini’s celebration of that epochal goal was listed amongst the most iconic celebrations of goals in the history of the World Cup. This happened in 1994.

It bears the hallmark of history that Nigeria made her first appearance in the FIFA World Cup in the year that the fiesta was staged for the very first time in the United States of America. The Super Eagles of Nigeria made the grand entry into America as the champions of Africa, having won the coveted African Cup of Nations in Tunisia in February 1994.  The team came to the World Cup with a sparkling reputation, for in April 1994, the Super Eagles got ranked 5th in the FIFA World Rankings, the highest ranking ever achieved by an African national football team.

The United States hosted with characteristic American aplomb the 1994 FIFA World Cup which marked the 15th edition of the competition. From June 17 to July 17, 1994, the FIFA World Cup took pride of place in nine cities across the United States, a nation where soccer had not hitherto been the most popular sport, but which was chosen as the host by FIFA on July 4, 1988. Distinguished soccer-loving Americans such as Henry Kissinger had lobbied endlessly over the years for the United States to be granted the hosting rights to the esteemed FIFA World Cup. The U.S. lobby turned successful with the granting of the hosting rights in 1988, and the Americans did not disappoint at all in hosting a hugely successful competition in 1994.

The “Adidas Questra” was the official match ball for the competition. Before the hosting of the World Cup by the U.S., no other FIFA World Cup had exceeded 53,000 spectators in average attendance, yet the Americans produced an eye-popping average attendance of 69,000 spectators. In the end, the total attendance of nearly 3.6 million for the final tournament broke the record for the highest spectatorship in World Cup history. The FIFA World Cup had been expanded from 24 to 32 teams in the 1998 World Cup staged in France, thus extending the number of matches played in the tournament from 52 to 64.

Millions of Nigerians who could not travel to the US to bear witness to the august World Cup watched on live television the opening ceremony which was held on June 17 at Soldier Field Stadium in Chicago. The then United States President, Bill Clinton, partook of the opening ceremonies alongside such eminences as the then Chancellor of Germany, Helmut Kohl, and the President of Bolivia, Gonzalo Sánchez de Lozada. Television goddess, Oprah Winfrey, served as the MC of the ceremony, and she added the hilarious drama of falling off the dais whilst introducing Diana Ross to give a musical performance. The music of the evergreen Diana Ross reverberated through the stands and across the globe via television. The arrangement, in proper American wonder, was that Diana Ross would end her performance by kicking the Adidas Questra ball into the goal from the penalty spot, “with the goal then splitting in two as part of a pre-orchestrated stunt.”

But soccer was hardly an American sport, and the moment would be frozen in time: Diana Ross completely mishit the ball, sending it rolling wide to the left of the empty goal. The organizers of the stunt were smart enough to collapse the goalposts anyway to tally with the original plans of Diana Ross’s penalty shot shattering the net! The other musical performances at the opening ceremonies came from Daryl Hall and Jon Secada.

And thus the stage was then set for the Super Eagles of Nigeria to make a historic debut at the FIFA World Cup in America on June 21, 1994 at the Cotton Bowl Stadium, Chicago in an epic match against the Hristo Stoichkov-inspired Bulgaria. The Super Eagles filed out with Peter Rufai in goal. The back-four quartet was made up of stand-in captain Augustine Eguavoen, Uche Okechukwu, Chidi Nwanu and Ben Iroha. In the midfield, Sunday Oliseh was the middle pivot between Finidi George on the right and Emmanuel Amunike on the left. Coach Clemens Westerhof slotted Samson Siasia in the creative midfield role that was erstwhile reserved for Augustine Jay-Jay Okocha. The coach’s argument was that the urgency of the first match did not need the “showboating” of Okocha. The deadly pair of Rashidi Yekini and Daniel Amokachi formed the strike-force of the team on parade.

The match was a cagey affair, and nerves showed aplenty amongst the Nigerian debutants and the Bulgarians who had never won a World Cup match. The game somewhat opened up when Bulgarian skipper hammered a free-kick into the Nigerian net, but his jubilation was cut short because the referee had spotted an infringement. Then in the sweeping move highlighted at the beginning, Finidi George fed Rashidi Yekini to score Nigeria’s historic World Cup goal. Daniel Amokachi scored Nigeria’s second goal just before halftime on the 44th minute. Emmanuel Amunike put the match to bed with the last goal which he scored after 56 minutes, thus sealing a 3-0 victory for the Super Eagles.

The Super Eagles then squared up with Argentina, complete with Diego Maradona and Gabriel Batistuta, on June 25 at the Foxboro Stadium. Samson Siasia gave Nigeria an early 8th minute lead which was eventually overhauled by two strikes from Claudia Caniggia, who reputedly could run the 100 meters in 10.79 seconds before the coming of Usain Bolt, and was seen as arguably the fastest footballer ever. The 2-1 victory of Argentina over Nigeria was marred by news that Argentine legend Maradona had failed a drugs test. Even so, Nigeria needed to win her last match against Greece to qualify from the group.

On June 30, 1994 at Foxboro Stadium, the Super Eagles defeated Greece 2-0, with goals coming from the boots of Finidi George just before the halftime whistle, and Daniel Amokachi just before the final whistle. Nigeria remarkably topped the group, thus qualifying to the next round on a very sound pedestal. Bulgaria placed second in the group ahead of world power Argentina, having defeated the Argentines 2-0. It was indeed quite dramatic because Argentina was actually on the verge of winning the group going into injury-time until Bulgaria’s Nasko Sirakov scored in the 91st minute of added time. Nigeria, Bulgaria and Argentina all ended up with six points, but Nigeria boasted of a +4 goal difference while Argentina and Bulgaria both had +3 goal-difference; the plucky Bulgarians edged past Argentina on the head-head-rule.

The epic clash of Nigeria and Italy in the last 16 of the 1994 World Cup took place at Foxboro Stadium on July 5. Nigeria’s line-up included Michael Emenalo at left wing-back in place of the regular Benedict Iroha who was out injured. Skipper Stephen Keshi who had played his only match against Greece was dropped back to the bench, and Chidi Nwanu had to revert to his role in central defence. Midfielder Austine Jay-Jay Okocha started the match in his feisty element, taking the match to the rugged Italians from the first minute. Samson Siasia was on the bench, and there was news that he had a row with the coach, Clemens Westerhof. The Super Eagles took the lead on 25 minutes with a goal from Emmanuel Amunike. The 54,367 spectators that packed Foxboro Stadium cheered the entertaining Nigerians lustily, against the background of the pulsating music made by the Nigerian Supporters Club led by the inimitable Rafiu Ladipo. The Italians had to rely on cynical tactics, injuring Daniel Amokachi who had to be replaced by Mutiu Adepoju in the 35th minute.

Then goal-scorer Amunike was equally injured in the 57th minute only to be replaced by Thompson Oliha. Soccer pundits had expected that Siasia who had performed creditably in the course of the competition would come in; the revelation that Siasia had quarrelled with Coach Westerhof was somehow borne out when Oliha was preferred in place of Siasia. Referee Arturo Brizio Carter of Mexico was not doing much to protect the Nigerians from the dodgy play of the Italians, save that in the 75th minute he had to expel via a red card Italy’s Gianfranco Zola.

The Nigerians were within two minutes of wrapping-up a historic victory when tragedy struck. The golden boy of Italy, Roberto Baggio, exploited a sudden inexplicable loss of concentration by the Super Eagles to score the equaliser in the 88th minute to save his coach Ariggo Sachi’s blushes. Extra-time was given and Robberto Baggio scored the match-winning goal in the 102nd minute.

It was the most heartbreaking of losses. The Super Eagles had come ever so close to following the footsteps of Cameroon by becoming the second African team to qualify for the quarter-finals of the World Cup. The more remarkable aspect of it all was that Bulgaria that Nigeria had beaten 3-0 eventually got to the semi-finals of the competition while Italy that only managed to survive Nigerian humiliation ended up losing to Brazil via the lottery of penalty shootout in the final match. The World Cup could well have been won by the Super Eagles. In the end, Nigeria was adjudged the most entertaining team of the 1994 FIFA World Cup.

TRIBUTE: Samuel Ogbemudia: The man who gave his people swagger