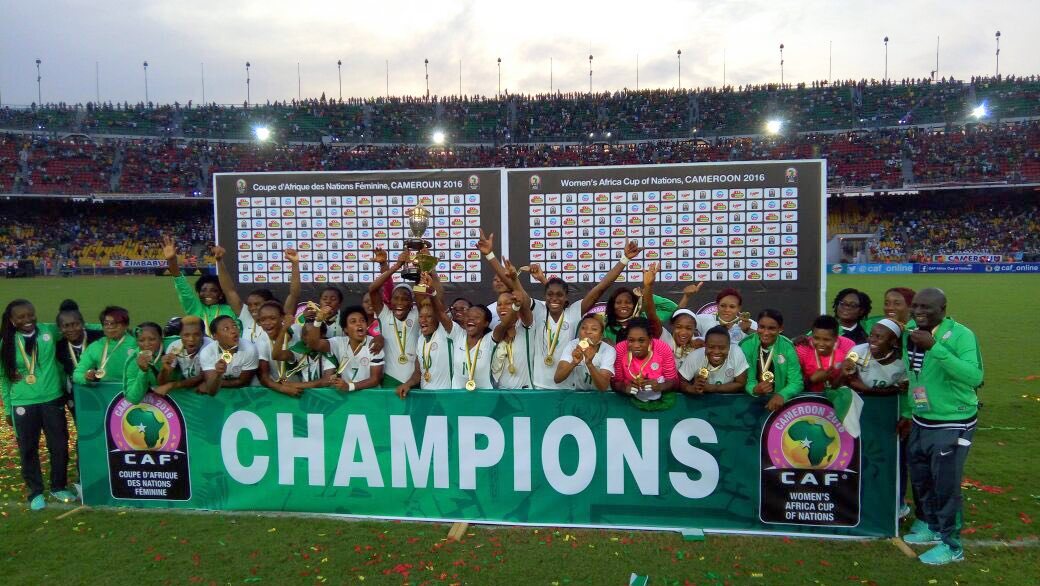 Falcons get their dues as NFF and Sport Ministry heckle

The women’s national team, the Falcons, got the ears of the Presidency, who resolved to save the Sport Ministry and the Nigeria Football Federation of the embarrassment on the nation by agreeing to pay the AWCON winners their outstanding emoluments. The 2016 African champions had protested and carried placards on the denigrating behaviour shown by the NFF towards them.

Cristiano Ronaldo has reached yet another landmark by scoring the 40th hat-trick of his illustrious Real Madrid career as they claimed the FIFA Club World Cup on Sunday. He also became the first player to score a hat-trick in a Club World Cup final as Real Madrid beat Kashima Antlers 4-2.

Hopkins knocked out in final fight

It was inappropriate but it was spectacular, as Bernard Hopkins was knocked out of the ring in his last fight before retiring at the age of 51. Hopkins’ 28-year ended in somewhat undignified fashion as Joe Smith Jr. knocked the veteran out in the eighth round of Hopkins’ 67th and final professional bout. He was sent crashing through the ropes and onto the floor below by a flurry of punches from his opponent. There is always a way to leave and been knocked through the ropes has become another way to retire.

Napoli’s Dries Mertens scored four goals, including a nine-minute first-half hat-trick, as Napoli forgot their scoring problems with a 5-3 win over Torino in Serie A on Sunday.

It was also the diminutive striker’s second successive hat-trick, as he continued to fill in as a centre-forward in the absence of the injured Arkadiusz Milik.

Former world No. 1 and 14-times grand slam champion Rafa Nadal has turned to his compatriot, Carlos Moya in an attempt to revitalise his flagging career. Nadal, who turned 30 during the season has fallen to ninth in the ATP rankings and won only two tournaments – the Monte-Carlo Rolex Masters and the Barcelona Open BancSabadell before his season ended with a wrist injury in October. He will be hoping that Moya can help him get better for next season.

World No.1 tennis player, Andy Murray was voted the BBC Sports Personality of the Year for a record third time. Murray, who also won in 2013 and 2015, was voted the winner for a record third time on account of claiming the 2016 Olympic gold, a second Wimbledon title and he became the new tennis no.1 in November, overhauling Novak Djokovic, in the process. Triathlete Alistair Brownlee was second and show jumper Nick Skelton third.

Alex McKinnon has written to Australia’s National Rugby League (NRL) that he is planning a multi-million-dollar lawsuit because of the extensive spinal injuries after he was spear tackled by Melbourne Storm players in 2014. The lawsuit names Storm player Jordan McLean, who was banned for seven matches for the dangerous tackle. And the Rugby League Players Association (RLPA), who agreed that the injury was “life changing”, has backed him.

That goes to show that a ‘harmless’ game can also ruin your life. Take care as you play games this week!