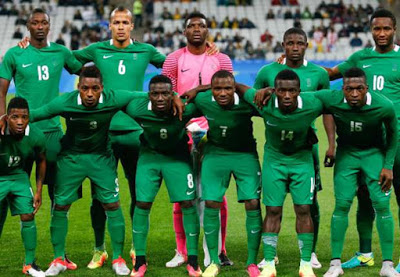 It was apt that football brought in Nigeria’s sole medal at the 2016 Rio Olympics. Because it is the only sport that gets to spend as much money as it desires and attends almost all the competitions it wants to.

Although the team could have been stronger and better prepared – they did their best and ensured that the most populous black nation in the world was itemized on the medals table.

Great Britain’s Justin Rose became golf’s first Olympic champion since 1904 by seeing off Henrik Stenson in a thrilling final round at Rio 2016.

Open champion Stenson took silver with a 68, while American Matt Kuchar carded a 63 to claim bronze on 13 under.  “That felt better than anything I’ve ever won,” said Rose afterward.

“It was the best tournament I’ve ever done. Hopefully, we’ve shown Brazil what golf is about. I’m glad it was close. Not for my nerves, for golf.”

It is yet to be concluded whether golf would feature in 2020.

Sergio Aguero scored a hat-trick in the UEFA Champions League last qualifiers as Manchester City thrashed Steaua Bucharest away in the first leg of their Champions League qualifying play-off.

But the amazing fact of the match that City comfortably won 5-0 was that Aguero also missed two penalties – the first was saved and second was blasted over the bar.

African-American gymnast, Simone Biles, could not claim a record haul of five golds for a female gymnast, but she claimed four gold medals. The 19-year-old team, all-around, vault and floor exercise champion became the first woman in 32 years, and fifth overall, to win four golds at a single Games. “Your first Olympics you walk away with five medals, that’s not tough at all. Especially four being gold, that’s just unheard of. I’m very proud.” And she should be!

There is still enmity in sports

Egyptian judoka, Islam El Shehaby, was sent home from the Rio Olympics after he refused to shake the hand of Israeli opponent, Or Sasson following the end of their bout. El Shehaby was sent home by his own team and was reprimanded by the IOC for his actions. The athlete said he did not want to shake hands with an Israeli, nor was he obliged to do so under judo rules, but the IOC said his behaviour went against the rules and spirit of the Olympic Games and the rules of fair play. So is it by force to shake the hands of an opponent, especially after a loss?

What do you do when two coaches simultaneously start peeling off their clothes because they did not agree with a verdict? Well before you answer – that was the scenario on Sunday as Byambarenchin Bayaraa and Tsenrenbataar Tsostbayar stripped off to protest Mandakhnaran Ganzorig’s 7-6 loss to Uzbekistan’s Ikhtiyor Navruzov in the 65kg weight category. The coaches were shown red cards for their behaviors as the crowd chanted – ‘Mongolia’.

Defending women’s 4x100m relay champions, the United States got a reprieve to make the women’s Olympic 4x100m relay final. It seemed all over in the semi-final when a mix-up between Allyson Felix and English Gardner seemed to have put paid to their title defence.

They protested that the Brazilian team had obstructed them that they won, and then had to beat the last qualifying time by running alone. They took their second chance very well by winning the gold in the final.

Sports is not all foes

An American runner was showered praises as a true Olympian after stopping mid-race to help a fallen rival to her feet.

Abbey D’Agostino helped New Zealand’s Nikki Hamblin who was lying dazed on the track after the two tangled on track, and fell in the 5,000m heats in Rio. “Get up. We have to finish this,” D’Agostino was said to have told her.

It was then Hamblin’s turn to help D’Agostino, hanging back to encourage the injured American, who hobbled over the line in last place.

They embraced before D’Agostino left in a wheelchair with a hurt ankle. Neither initially qualified for the final but they earned much praise for their spirit.

Ensure you help somebody to their feet this week. Have a blessed week.

Why Jonathan, others do not deserve to remain in Nigeria – Father Mbaka – FULL TRANSCRIPT