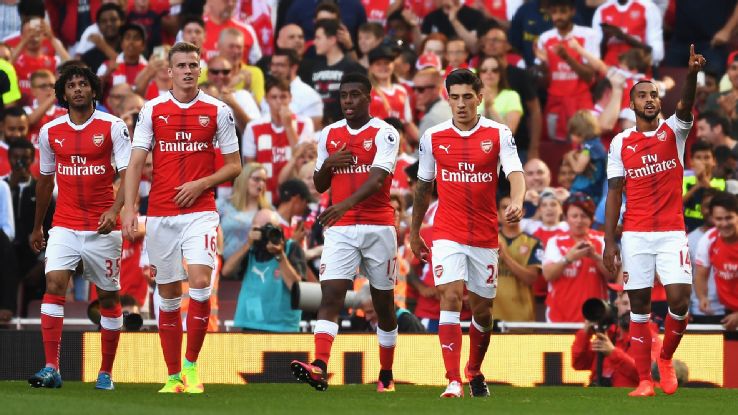 The Nigeria Professional League is on its home stretch but there is still a cluster at the top of the league table where the top 10 teams are separated by nine points and this weekend, that cluster should get tighter.

In the EPL, Arsenal seek early redemption at the King Power, as Real Madrid kick off another season in Barcelona’s shadows.

Pillars are hanging on in the title race courtesy of their better home form and they will have to be wary of surprise title challengers, Rivers United – who have crept up the table.

Rivers United would sound a clearer tone if they avoid a defeat in Kano as Coach Stanley Eguma looks to stun the former champions on their home patch. The form of Bernard Ovoke has been key to the Port Harcourt side but Pillars’ talisman – Rabiu Alli, would have something to say and do on Sunday

Leicester started their defence of the EPL title with a loss away to a disjointed Hull City and that has seen early pressure on Claudio Ranieri and his team.

Last season, they lost this tie 5-3, one of only three defeats all season.

One sure thing for Arsenal over the Arsene Wenger years is injury and for the visit to the King Power, they will be without Alex Iwobi, Aaron Ramsey, Gabriel Paulista, Carl Jenkinson, Per Mertesacker and Danny Welbeck.

The good news though is that Laurent Koscielny, Olivier Giroud and Mesut Ozil could all return.

Zinedine Zidane knows that as manager of Real Madrid, Los Blancos must upstage Barcelona this season or else he would have to leave. They start the season at Anoeta and they must start fast because the Catalans are still favourites for the title.

Cristiano Ronaldo is not expected to start having just returned to training this week while the future of James Rodriguez is still in the balance.

Juventus start another season in prime position to win another league title having strengthened their ranks from their closest rivals. The Serie A champions did not start well last season but clawed back the deficit in the last six months – you can be sure they do not want any repeat this season.

Fiorentina historically struggle away to Juventus and have just two wins to boast of in their last 35 visits and no wins in pre-season.