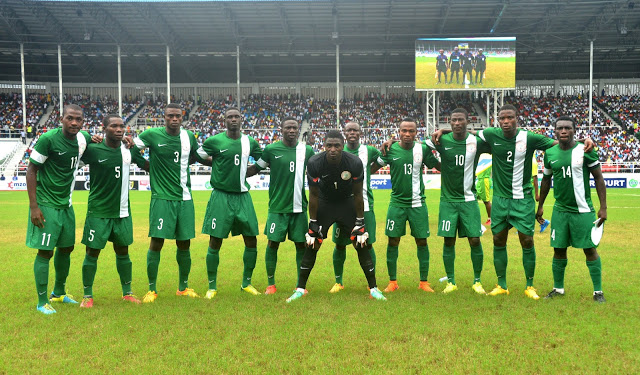 Wikki cannot afford another slip as that may hurt the league leaders severely. Lobi Stars will do well if they survive the Bauchi onslaught.

Coach Abdul Maikaba will be hoping that the league’s leading scorer, Godwin Obaje, will be on song so that the 3-0 spanking received at the hands of Akwa United is quickly forgotten. For Lobi, any point in Bauchi would move them closer to their goal of nicking a top-four spot at the end of the season. Currently, they are in fifth place with 42 points, five behind their Sunday hosts.

Nigerians are still getting to grips with the 5-4 win over Japan last Thursday even though they landed in Manaus six hours before that match but in Sweden they face a country that has always posed challenges for Nigerian teams. But having rested sufficiently, the ‘Dream Team’ can effectively guarantee a quarterfinal place with another win even though Coach Samson Siasia must ensure that his defence is tighter and more resilient than what they showed [fatigue permitting] against Japan.

The curtain-raiser for the English Premier League season and one in which Jose Mourinho seeks to revive his image as a winner with underwhelming Manchester United. For EPL defending champions, Leicester City have been humbled by PSG and Barcelona in their last friendlies as Claudio Ranieri seeks to make his side as unbeatable as they were against the top teams last season. The form and number of goals from new Nigerian signing, Ahmed Musa, could mean another top four finish.

Prediction: This could end in penalties

These are the probable teams that will end the Ligue 1 season in first and second places just as they ended the 2015/16 season – though it has to be said that PSG won at a canter.

But the Parisian club has lost talisman, Zlatan Ibrahimovic, while Lyon are trying desperately to hold on to Alexandre Lacazette, whom Arsenal are pursuing fiercely. So this match is effectively about which team would strike the first blow?

How my trip to U.S. is funded — Aisha Buhari