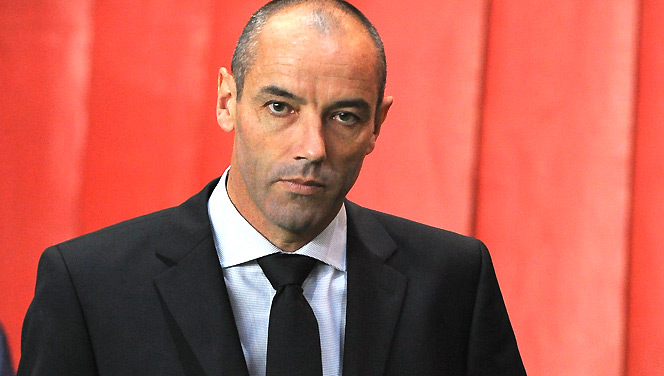 ANALYSIS: NFF has no moral right to hire any manager for the Super Eagles

The subject of whether the Super Eagles need a foreign hand in tinkering them to success (relative to the organisation’s goals) is not the subject of this discourse.

But the position is that the Amaju Pinnick-led Nigeria Football Federation (NFF) does not have the moral right to embark on picking a manager for the national team when the person that held the post before this selection process is currently bickering with the federation over unpaid emoluments.

It is not debatable that as a society and a country, we must continuously search for better answers for our challenges, but Pinnick, and the head of the technical committee, Chris Green, going ahead to pick a new manager for the national team is an act so unjust and uncalled for; it is odious!

NFF running without a composite plan

We currently do not understand what leadership model Pinnick is using to run the federation but at this moment, he must agree that things are not going according to plan.

While some will claim that the positives from the local league are as a result of his positive leadership, they would then ascribe the failures of his tenure to a systemic degeneration that has had a life span of over 40 years.

My thought on leadership is that the supposed leader must accept the rights and the wrongs whilst formulating policies to right the wrongs and ensure that the right things get better.

The current leadership of the NFF has created a maelstrom of discontent so putrid that a simple breath of that foul atmosphere could land one in the emergency ward.

Borrowing from Greece [although they are all borrowed out], where their football has also alarmingly nosedived is this quote by the country’s deputy minister for sport, Stavros Kontonis. “The maladministration problem, opacity and corruption in Greek [Nigeria] soccer [football] are now well known.”

That is as succinct as there can be a summarization of the farce that Nigeria football has descended to.

Pinnick or Giwa? Who gives a damn?

At this point, I will desist from joining the debate on who is right between Pinnick and Chris Giwa [he supposedly said he could raise N20 billion for the NFF] – the odium already generated is enough and further dissection will seemingly lead us into another cul-de-sac.

But what is the challenge?

A country with a passion for football so great that betting and punting have reached astronomic levels (about N2 billion a month) cannot get it right on the pitch to harness this passion and the subsequent Naira windfall is in very clear terms, a Joker!

There is so much for everyone to get a piece of but greed and malice have so clouded eyes and minds that partnership and teamwork have been jettisoned for narrow-minded ambition.

But what is ambition without the sense of community to build a strong football foundation in Nigeria?

Here lies the carcass of the game called football and the NFF would want us to believe that the problem of football in Nigeria starts and stops with who manages the national team?

Please spare us! There are greater issues and challenges that have been left unshackled.