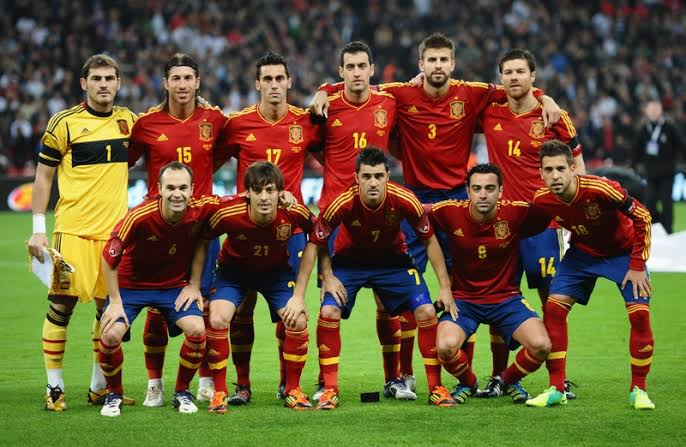 It is a weekend of making differences – from the Onikan waterfront where Ikorodu United will try to resurrect their season under a new manager to the US, where Lionel Messi will hope to win a first major trophy with Argentina.

You have to tune to your TV sets to watch these matches unravel.

It took Cristiano Ronaldo three games to get his first goals in France as Portugal struggled to three points and four goals in three matches but Croatia topped their group that contained European defending champions, Spain.

So it looks like the end of the road for Ronaldo and a shot at glory for his country. Croatia look the more tactically organized side and are blessed with some exceptional talent led by returnee Luka Modric {he sat out the Spain game with a slight injury] and Mario Mandzukic.

While their head-to-head meetings suggest that Portugal have never lost to Croatia, Saturday’s result is pointing in one direction – and that is Croatia’s but a gut feeling says don’t write off Portugal so easily.

Italians generally believe this Euro 2016 squad is the worst in recent times but they have Antonio Conte, who has masterminded wins over more-fancied Belgium and a Sweden with Zlatan Ibrahimovich. And here they have a repeat of the final against their conquerors, Spain (they were flogged 4-0), playing very well but are greatly susceptible at the back.

Games between these countries are characteristically low scoring apart from the Euro 2012 finals with 14 of their last 15 encounters ending 2-1, 1-1 or 0-0.

We expect Spain to have more than 70 per cent ball possession on Sunday but whether they will be able to defend their box during Italy’s forays via counters and set pieces is the question. A fascinating game ahead!

Prediction: Italy 1-1 Spain – To be settled on penalties

Incidentally, the two teams have an almost identical record over their last five matches – won one, lost two and drawn one but Ikorodu United have a new manager in Dutchman, Theo De Jong.

So without looking at the table and the points garnered – the two teams are in trouble and need results to start going their way or else their goals could be shot by the end of June.

Whilst all Ikorodu United are realistically thinking of is survival in the NPFL, Enyimba want to retain the league title and get to the CAF Champions League semi-final at the least.

So this is like a six-pointer and the first stanza result showed that Enyimba struggled to get a 1-0 result over the newly promoted side. That struggle is in the offing again for both teams.

Argentina vs. Chile @1am @MetLife Stadium on June 27

They met in the group stage 20 days ago and goals from Angel di Maria and Ever Banega ensured that Argentina won 2-1 even though Lionel Messi did not play. But that defeat can be said to have kicked the Chileans into their groove as they scored 15 goals in their next four matches, conceding just three goals.

In this final, Argentina would have the chance for a quick payback – having lost last year’s final to Chile on penalties.