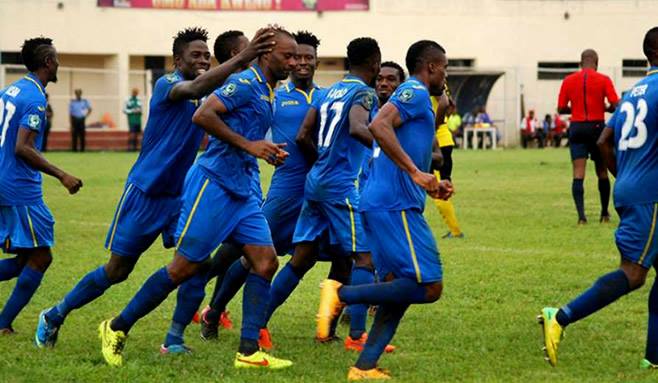 SEVEN THINGS: Zamalek scalp Enyimba and the other events that caught our eyes last week

The CAF Champions League group stages have begun but not on a good note for Enyimba while Andy Murray got his Wimbledon preparations onto sound footing with a comeback win at Queens and Ohio have cause to celebrate again after 52 painful and frustrating years.

The Aba Elephants, playing at the Adokiye Amiesimaka Stadium in Port Harcourt, conceded the only goal in the fifth minute of the encounter and could not get an equalizer for the rest of the match that was played on a rain-soaked pitch.

Lionel Messi fired home the second goal against Venezuela on the hour mark minute and it was his 54th international goal, equaling the all-time record of legendary Argentina striker, Gabriel Batistuta. Though Messi has achieved the record-equalling goal in 111 matches as against 77 for Batigol.

Messi will be hoping for another goal against the USA in the Copa America semi-final on Wednesday to hold the outright record.

The International Association of Athletics Federations [IAAF] has taken advice from an expert task force, ruling that Russia Athletics Federation did not take sufficient steps to overhaul its testing procedures and ensure its athletes were clean. Also the IAAF is said to have left an open window for ‘clean’ Russian athletes who can prove they had been training outside the country and this includes the main whistleblower, Yulia Stepanov.

But it did not look like that for the first 16 games as Milos Raonic led by one set and three games in the second set but the World No.2 somehow found the resolve to battle back to win 6-7, 6-4 and 6-3.

Former world No.1, Rory McIlroy, missed his first cut in a major championship since 2013 – a mishap that ended a run of nine straight top-25 finishes in the game’s biggest events. It was a mixed round for the four-time major winner, who birdied on the 10th, 12th, 14th, and 16th holes.

McIlroy missed more birdie opportunities on the first and second rounds to complete a miserable time at Oakmont Golf course. He was finally condemned when he failed to get out of a fairway bunker for a double bogey.

It could become the moment when LeBron James joins the pantheon of basketball greats as he concluded a Cleveland Cavaliers revival in Game 7 of the NBA finals against the defending champions, Golden State Warriors.

James scored 41 points in Games 5 and 6, which forced a Game 7 decider. He then posted a triple double of 27 points, 11 assists and 11 rebounds to lead his team to a 93-89 win. His team’s victory is the first by any Ohio-based franchise for 52 years.

I know that most of us do not follow cricket but we know that a lot of people especially countries like India, Pakistan, and Sri Lanka are fanatics. So let us learn a bit about the game. You bowl [throw] and I bat – though there are regulations on the way you can throw the ball.

So Sri Lanka’s Shaminda Eranga has been banned from bowling in international cricket as an assessment by the International Cricket Council revealed that all his bowling deliveries exceeded the 15 degrees level of tolerance permitted under the regulations.

How can a human being measure degrees while throwing something? See how complicated that is – so when next you see cricket on TV, ensure to give some kudos to the players – they are all scientists!

Have a great week.