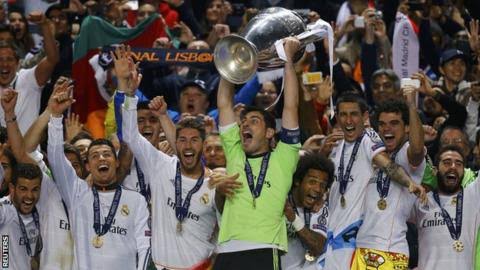 Enyimba on a roll, Hamilton celebrates and other sporting things we saw last week

Enyimba are on a roll and another win would see them jump to the top of the NPFL table while in the NBA, things are getting very exciting with a Game 7 in the offing between Golden State Warriors and Oklahoma City Thunder and Lewis Hamilton celebrated a first win of the season

Defending Nigeria Premier Football League champions, Enyimba have stormed up the table courtesy of a nine-game unbeaten run that saw them beat Warri Wolves on Sunday in Umuahia. The Aba Elephants beat their Warri opponents 2-1, with their manager, Aigbogun, who was the former handler of the Warri side. They are now second on the table with 30 points with two games on hand over leaders, Rivers United, who have 31 points.

Defending NBA champions stayed alive in the Western Conference final because of the hot shooting streak of Klay Thompson last Saturday. Thompson made just a single three-pointer in the first quarter but he ended the game with 11 [33 points] as Warriors edged Oklahoma City Thunder 108-101 to set up an ultimate decider in Game 7. Meanwhile Thompson became the first player in NBA history to hit double-digit 3-pt FG in a playoff game.

Real Madid lost out in La Liga by one point to Barcelona but made up for that miss with a 11th title triumph in the UEFA Champions League. It was a nail-biting 5-4 win over their neighbors, Atletico Madrid. In the process, their manager, Zinedine Zidane, became just the fourth man to win the title as a player and manager. Sergio Ramos also became the first defender to score in two finals.

New Orleans Pelicans shooting guard Bryce Dejean-Jones was shot dead on Friday after he was lethally shot after breaking down the door to a Dallas apartment. The Polive revealed “a person living at the apartment was asleep when he heard his door kicked open. The man retrieved a handgun and fired when Dejean-Jones began kicking the bedroom door.”

His agent, Scott Nichols in a statement said, “Bryce overcame a lot of obstacles to get to this point in his career. He was a joy to be around, a talent just turning the corner in his career.”

Lewis Hamilton was all smiles in Monaco as he took the podium for his first win of the 2016 F1 season. In what has been described as master class driving, the Briton drove defensively well to keep Red Bull’s Daniel Ricciardo in second place. His teammate, Nico Rosberg came in seventh that allowed the defending champions to cut the gap back to 24 points.

Hamilton showed good judgement in the race as he declined to change tyres when advised by his crew. This was Hamilton’s first win at Monaco since 2008, when he also won in heavy rain.

Lebron James scored 33 points as the Cleveland Cavaliers outshot Toronto Raptors 113-87 on Friday to seal a second consecutive trip to the NBA finals where they will face either of the Golden State Warriors [their bogey team] or the Oklahoma City Thunder. Kevin Love and Kyrie Irving were also a force with Irving proving that he is one of the league’s best point guards. After the 4-2 series win, James said, “We’re still OK. We’re not great yet.”

David Weir became the first wheelchair athlete to complete a mile in under three minutes on Sunday. Britain’s  Paralympic champion

and six-time London Marathon winner raced to a record of two minutes 57 seconds. This was in breaking his own previous best by six seconds. “I’ve always said I could do it,” said Weir, adding that he had completed ‘the perfect race’ ahead of second-placed South African Ernst van Dyk at the finish line in front of Buckingham Palace. Weir also won the event in 2013, 2014 and 2015.

So, go out this week knowing that whatever lies ahead of you can be achieved if you persevere.