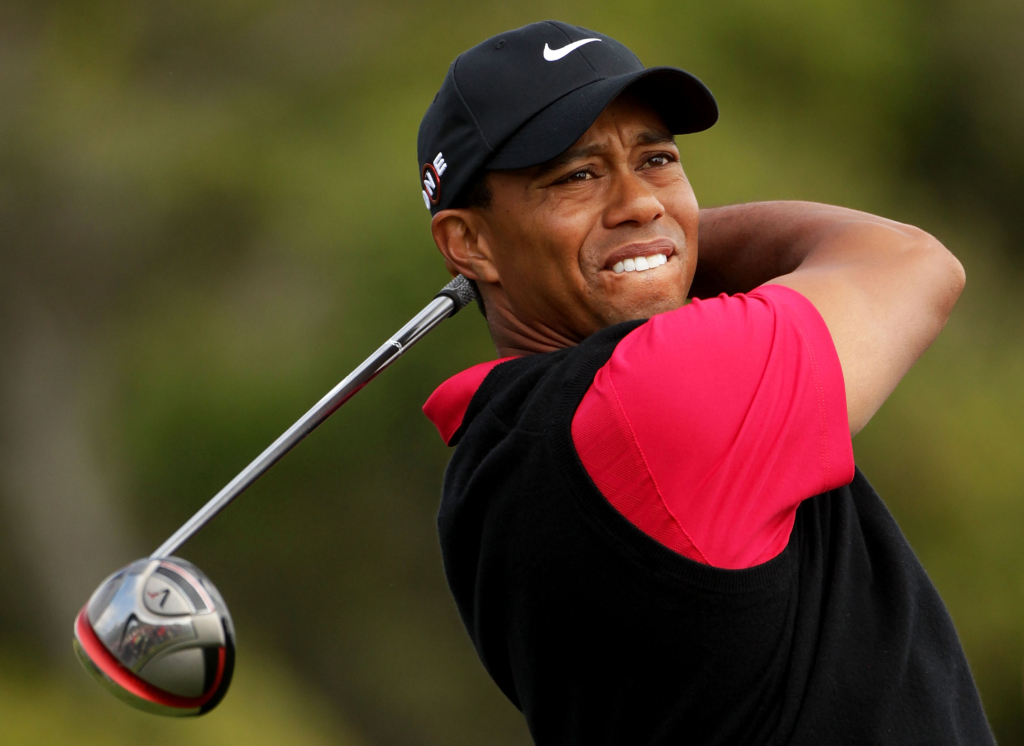 FILE: Tiger Woods watches a tee shot during the final round of the 110th U.S. Open at Pebble Beach Golf Links on June 20, 2010 in Pebble Beach, California. (Photo by Andrew Redington/Getty Images)

The golfing world is in mourning as the demise of Tiger Woods continued last weekend as he failed to make the cut at the PGA Championship. Also Chelsea were thrashed at the Etihad with John Terry substituted after the first half, an occurrence that had not happened in 177 matches.

Tiger has lost his roar

For the third major in a row, former world No.1 golfer, Tiger Woods, failed to make the cut after carding a woeful two-over 146 score on the shores of Lake Michigan.

Tiger has now failed to advance after 36 holes at the U.S. Open in June and at the British Open, where he was more woeful carding a one-over-par 73 in the second round.

The year 2015 has been one to forget for the once dominant force on the tour as he has missed the cut in four tournaments with his ranking on the tour plummeting to 286.
It could just be time for Tiger to start raising cubs.

Chelsea were not just thrashed at the Etihad Stadium 3-0 on Sunday but their captain and legend, John Terry was substituted at half time – the first time in 177 matches that the defender would start a match and not end it.

And the substitution was for tactical reasons as Jose Mourinho explained that ‘he wanted his fastest defender on the pitch’.

Martin Hansen is the goalkeeper for Eredivisie club, ADO Den Haag and the former Liverpool player may have thought he needed some redemption after conceding two goals against PSV.

So he came forward for a corner kick in the 95th minute. That decision is the stuff of legends as he equalized with a spectacular back-heel that has to be viewed to be truly admired.

Women’s World No.1 Serena Williams was beaten in the Rogers Cup semi-finals by Swiss Belinda Bencic on Saturday – a loss that has been very unfamiliar in 2015.

Williams, bidding for a complete collection of Grand Slam titles at the US Open in September got off to an expected start blitzing her opponent to 5-1 in the first set which she won 6-3. She then completely lost her nerve to lose the following two sets 7-5 and 6-4. Bencic then went ahead to beat Simona Halep in the final confirming that her victory over Serena was not a fluke

Novak Djokovic has had to complain to the umpire that he could smell marijuana during his Rogers Cup win over Jeremy Chardy. The world’s No.1 male tennis player approached the umpire after winning the first set, saying, “Someone is smoking weed, I can smell it, I’m getting dizzy.”

Jason Day became the first man in major championship history to post a total of 20 under par as history beckoned to the 27-year-old on the shores of Lake Michigan.

The world No.5 battled and outlasted US Open and Masters champion Jordan Spieth, who finished three shots back in second place though that was enough to make sure that current No.1, Rory McIlroy will be replaced by Spieth in the new rankings.

Barcelona were thrashed 4-0 by Athletic Bilbao on Friday in the Spanish Super Cup, three days after beating Sevilla 5-4 to win the UEFA Super Cup. The return leg is on Monday, August 17, and Luis Enrique says the Catalans are capable of overturning that first leg deficit. We will just wait and see…

Gov. Wike to spend public funds to rehabilitate church for praying for his victory