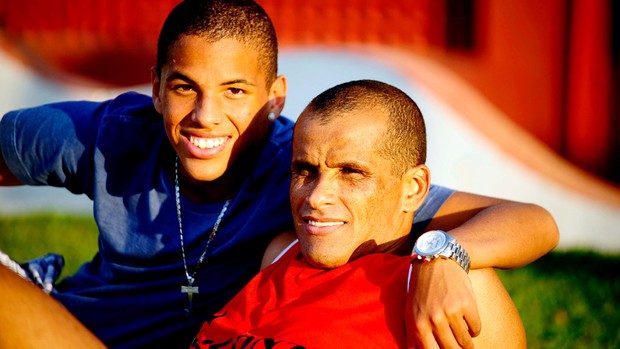 NPFL is definitely getting better

The Nigeria Professional Football League is definitely growing as summarized by the match between Enugu Rangers and Enyimba FC at the Nnamdi Azikiwe Stadium on Sunday. The two teams went at each other knowing that the must-win syndrome at home venues was a thing of the past. That made the spectacle a good one for the fans that thronged the venue and the goal that won the match from Andrew Abalogu was deservedly a match-winning goal.

Ethiopian runner, Genzebe Dibaba, broke the 1500m world record on Friday when she took almost four seconds off her personal best to smash the record of China’s Yunxia Qu’s that had stood since September 1993.

The time of 3:50.46 set by the Chinese woman was one of the records that had seemed impregnable until Dibaba smashed it last Friday in Monaco. She is now a definite shoe-in for a medal at the World Athletics championships in August.

Fabian Delph is now a citizen

Just seven days after proclaiming to Villa fans that he could not let go and join Manchester City, the Villa captain had a medical at City and signed a five-year deal. In a statement released afterwards, he explained that, “I’ve proved that I can play at the very top level with England and believe I owe it to myself to take the challenge of playing for one of the biggest clubs in the world…” Well, City now have two ‘Judases’ in their midst and can expect tetchy receptions at Anfield and Villa Park.

Floyd Mayweather is back in training to prepare for his last fight (as he has often said) before retiring but he does not know his opponent yet.

The best pound-for-pound boxer is looking for a last payday before he hangs up his gloves. Mayweather is undefeated in 48 bouts and has won titles in five-divisions. He is also one of the highest paid having banked a colossal $120 million when he beat Manny Pacquiao in May.

Tiger Wood flunks his shots at the open

It might just be time for Tiger Woods to rest his putting irons as the former World No.1 failed to make the cut – the third time in the last four Grand Slam tournaments.

And he is currently ranked 241, but is expected to fall outside the top 250 and it is beguiling that this Woods was No.1 in the world just 15 months ago with 14 major titles. But since his marriage crumbled, it seems his golfing aim was divorced from him.

Rivaldo and son score in the same match

Brazilian legend, Rivaldo, is still playing football at 43, and the 2002 world Cup winner is trying to help division two side Mogi Mirim, who are in some relegation trouble.

Last week the former Barcelona player played with his 20-year-old son and both scored with Rivaldo crossing for his appropriately named son, Rivaldinho, to score with a header. The maestro then got on the score sheet from the penalty spot.


Jules Bianchi dies after nine months in a coma

French formula 1 driver, Jules Bianchi, died last Friday after nine months in a coma. The Manor-Marussia driver crashed into a crane at the 2014 Japanese Grand Prix on October 5.

And the 25-year-old driver could not recover from the shattering brain injuries he sustained in the crash. Bianchi’s death is the first F1 driver to die on the tracks since Ayrton Senna was killed at the San Marino Grand Prix on May 1, 1994. He will be laid to rest on Tuesday ahead of the Hungarian Grand Prix.