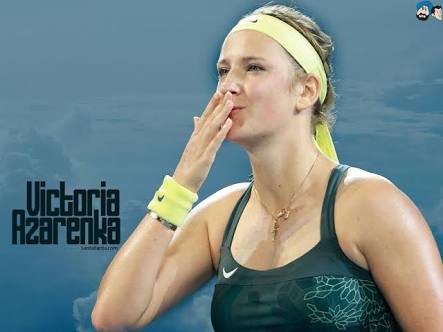 Azarenka, 33, is into the semifinal hoping to go all the way and capture her third Australian Open title 11 years after her first

Two-time Australian Open champion Victoria Azarenka is in another semi final down under for the first time in 10 years. Azarenka trounced top-seeded Jessica Pegula 6-4, 6-1, in one hour and 37 minutes.

The former world No. 1 was the fastest off the blocks and raced to a 3-0 lead in 13 minutes of the first set before Pegula, seeded No. 3 in Melbourne, got on the board.

Azarenka hit 17 winners but made just 20 unforced errors compared to Pegula’s 31 and won 74 points to 54 for her opponent. After winning in 2012 and 2013, this is the first time she is making it into the semifinals of her favourite tournament.

During the on-court interview, Azarenka revealed: “It hurts to beat her, I always want her to do well. At the same time, I knew I had to play my best. She’s been amazing, so consistent.

“I knew from the very first point I had to bring it, to take my opportunities. I’m very proud I executed my game plan very well. It’s so amazing to be in the semifinals of another Grand Slam,” Azarenka, 33, added.

Pegula, who was in the midst of an eight-match winning streak, praised her more experienced rival and claimed the two-time champion was constantly one step ahead of her during the contest.

“Hitting the ball deep, taking it early, changing the direction on the ball—doing things that I usually like to do to people,” Pegula told WTA Insider.

“She was doing it well. [She] made it tough for me to feel I could really pressure her [and] felt like she was pressuring me constantly the whole time.”

Her semifinal opponent will be the reigning Wimbledon champion, Elena Rybakina, who defeated Jelena Ostapenko 6-2, 6-4, in 79 minutes.